What has been upgraded? First of all the canopy has changed. The older version has camera installed in the modest 15 degrees angle and the new canopy allows about 30 degrees angle for faster flying. Also canopy color now can be chosen between black, white and red. 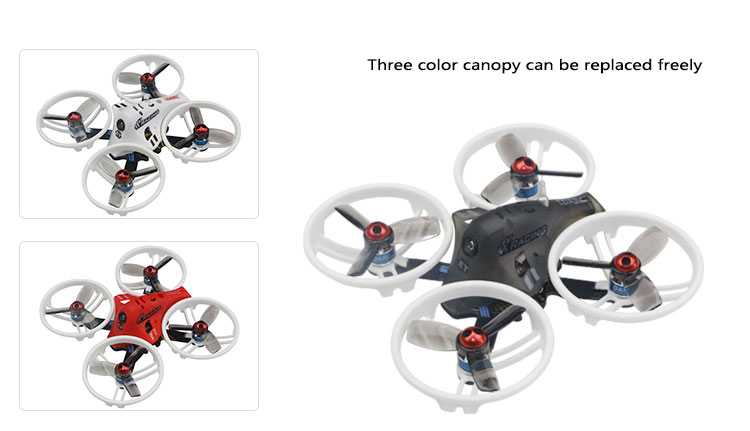 Unfortunately camera was not changed – CMOS sensor OV231 NTSC with 150 FOV. This camera is average and not comparable to the modern RunCam, Foxeer or Caddix cameras.

New ET series quadcopters have upgraded FC stack to the newest LDARC flytower. At last the these quadcopters will have OSD. 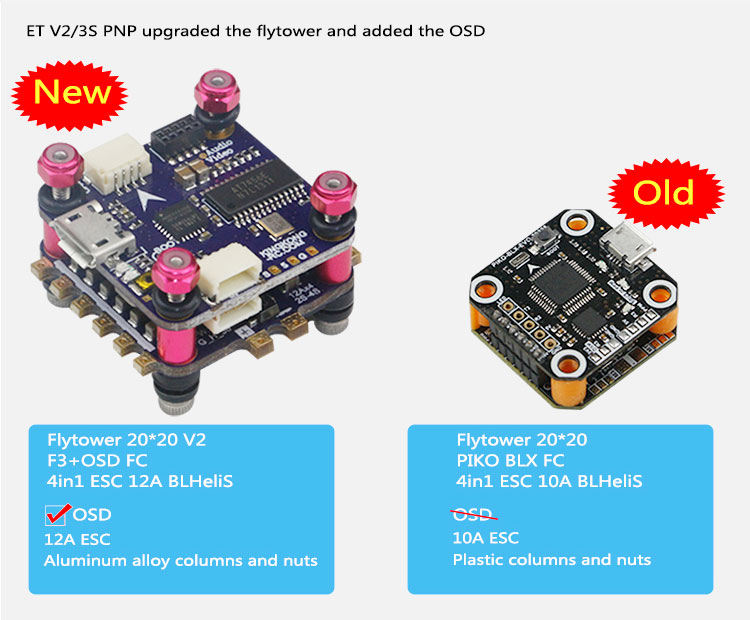 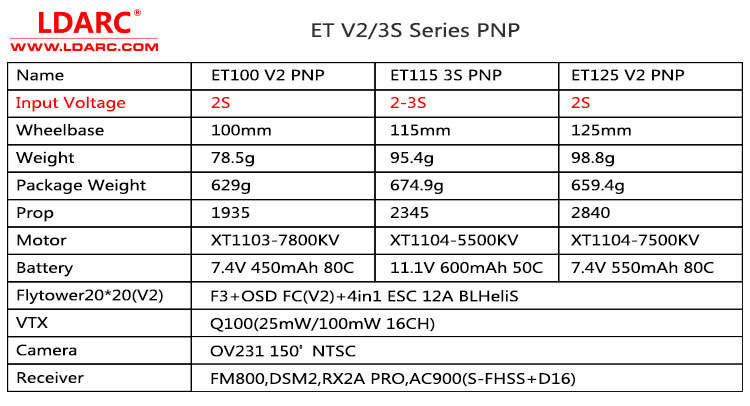 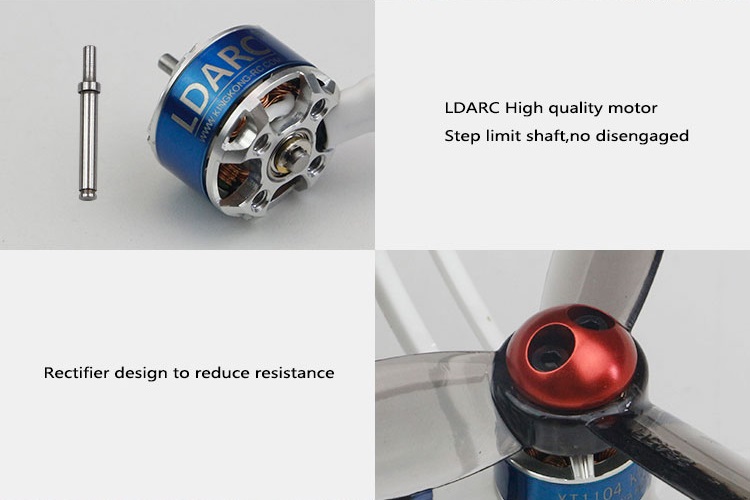 ET100 ET115 ET125 V2 can be purchased in Bind-and-Fly configurations with FrSky (D16), Flysky (AFHDS 2A), Futaba and DSM2 receivers as well as Plug-and-play configuration without a receiver. 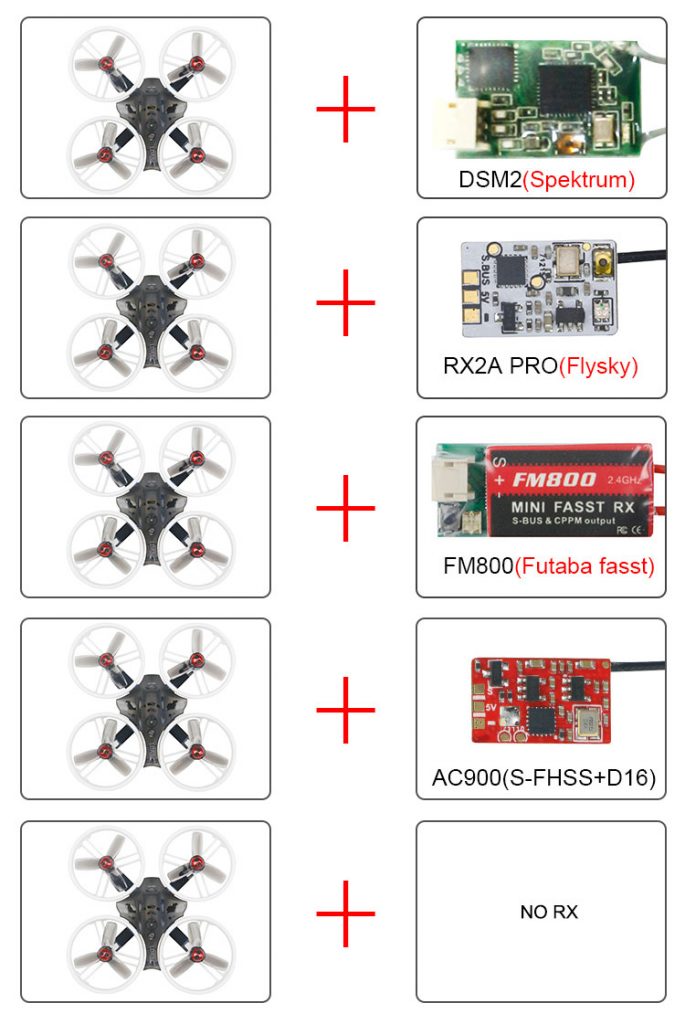 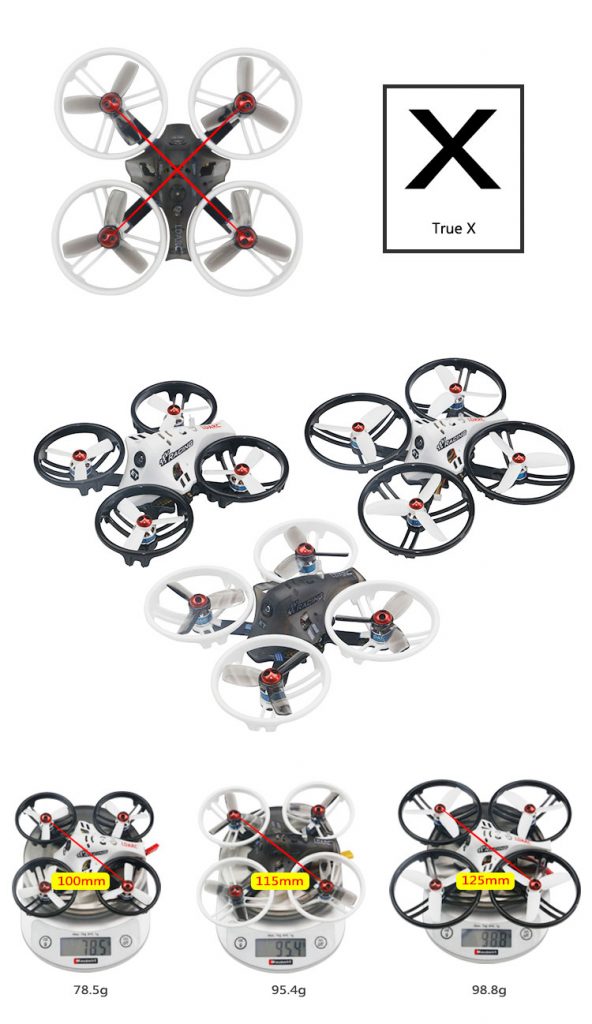