FrSky has announced the upgraded F.Port version 2.0 protocol. F.Port 2.0 integrates SBUS and S.Port into one line, just like in the 1.0 version, but this new protocol also enables one Host device to communicate with several Slave devices on the same line. All devices, connected to the ACCESS receiver (Host) can be configured wirelessly by the ACCESS radio by using this protocol. It also enables to perform the firmware updated Over The Air (OTA) through this new F.Port 2.0 protocol.

The benefit of the integration of SBUS & S.Port into one F.Port protocol

For duplex data transmission between devices two different protocols are used and both need to separate lines to work. The radio control signal is sent via SBUS on one line and the configuration commands & telemetry data are sent via Smart Port on the another line separately.

F.Port now allows you to connect only one standard servo cable with the integration of SBUS signals and S.Port telemetry through a single connection. This opens up the possibility of seamlessly pairing a single receiver on F.Port protocol with multiple telemetry devices as well as simplifying one’s setup.

The F.Port v1.0  version initially realized and simplified the F.Port bus transmission with integrated SBUS and S.Port from one Receiver to another device. The upgraded 2.0 can enable more devices to form into a chain to connect by the unique host device, all the connected devices can be upgraded and configured on the ACCESS radio over the air.

Host receiver must be an F.Port 2.0 capable ACCESS receiver. The Archer series and upcoming other new series receivers (TD, etc.) will support this protocol.

Usage without Flight Controller
Bound to an ACCESS protocol radio, the Archer receivers can be updated over the air and configured by a specific LUA script without a direct cable connection. With the addition of F.Port 2.0 protocol, this system supports multiple devices like sensors, servos, video transmitters, ESCs, and other accessories (Slave) to be daisy-chained together to be controlled by the receiver (Host) via F.Port 2.0.

Usage with FreeLink App
The ACCESS radio that comes equipped with a PARA module, pairing the F.Port 2.0 protocol can enable the FreeLink App to configure and flash the firmware for any F.Port 2.0 capable devices amongst the product line. 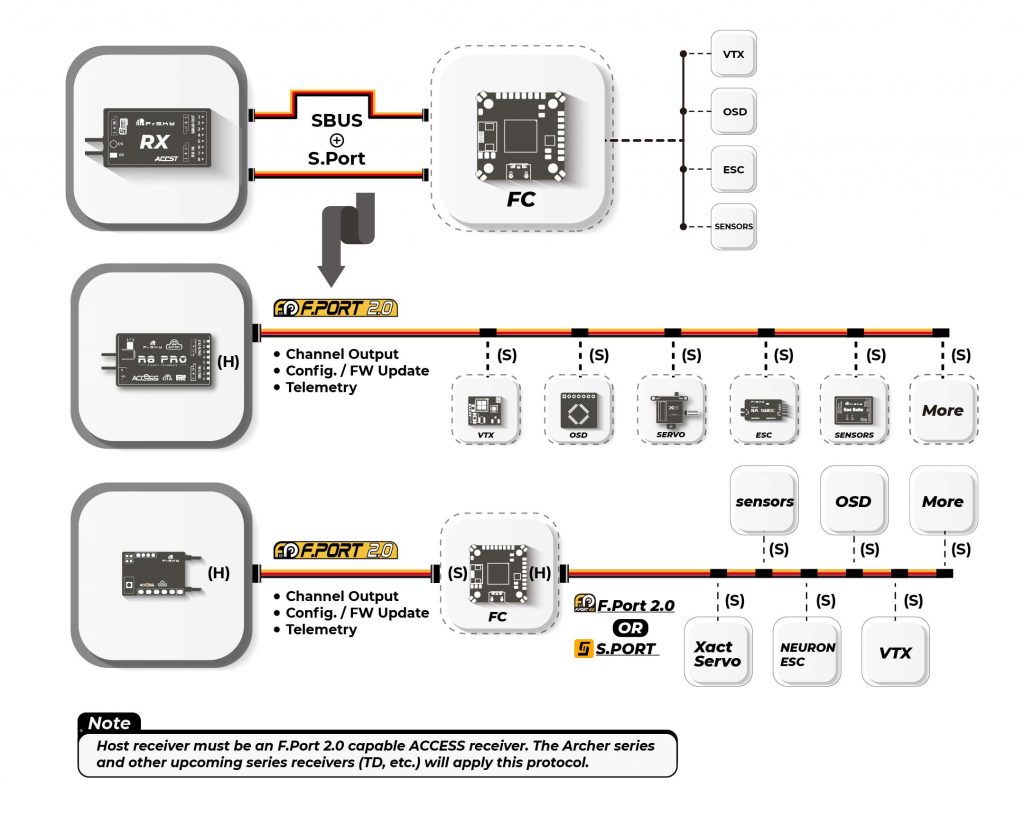 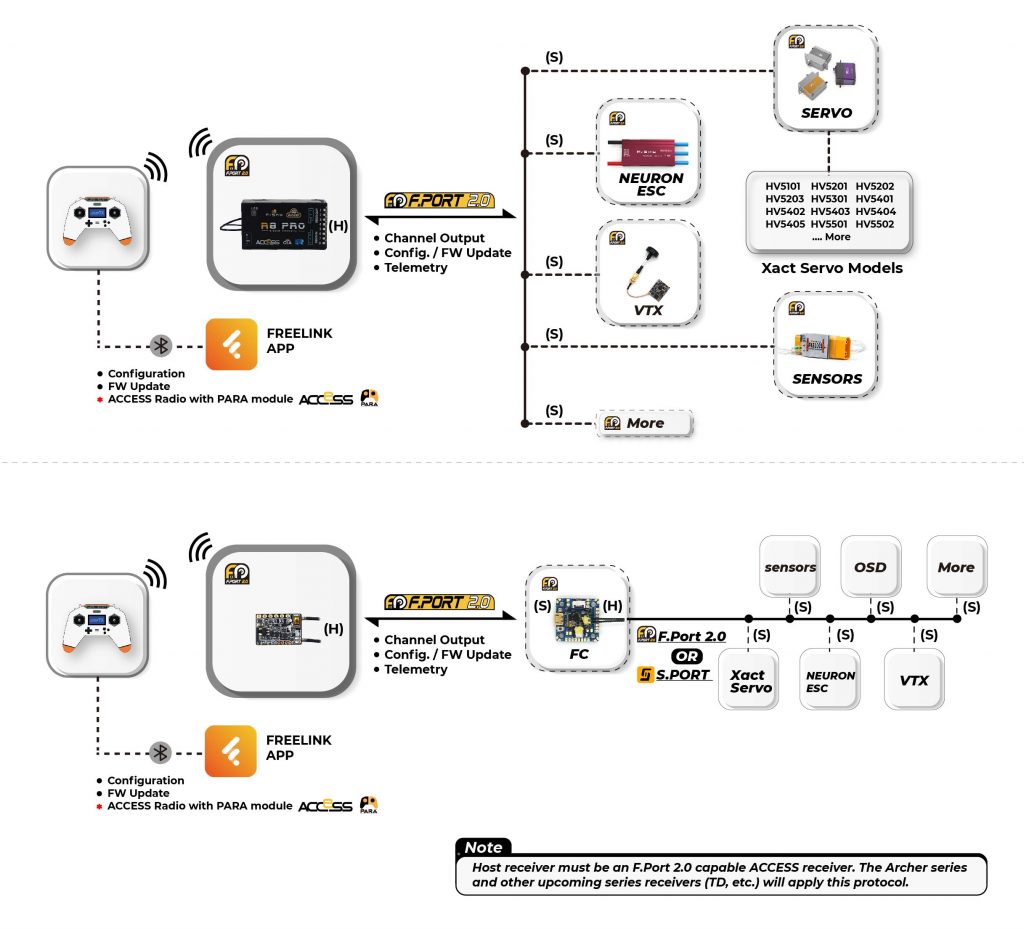