Mateksys is expanding their product range and releasing their own video transmitters. The first one is Matek VTX-HV. It is separate half size of a normal FC, stackable board with OSD. ‘HV’ probably stands for High Voltage, as this VTX works directly from up to 6S HV LiPo battery. Has 5V output for camera, audio input, iPEX antenna connector, LED’s for channel band and power indication and traditional button control. 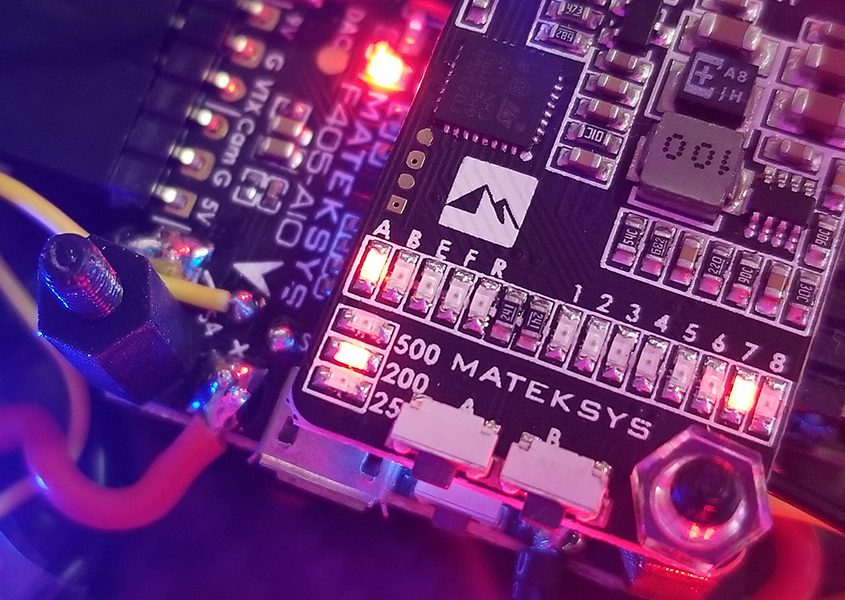 VTX settingscan be changed via LUA script right from your  TX: 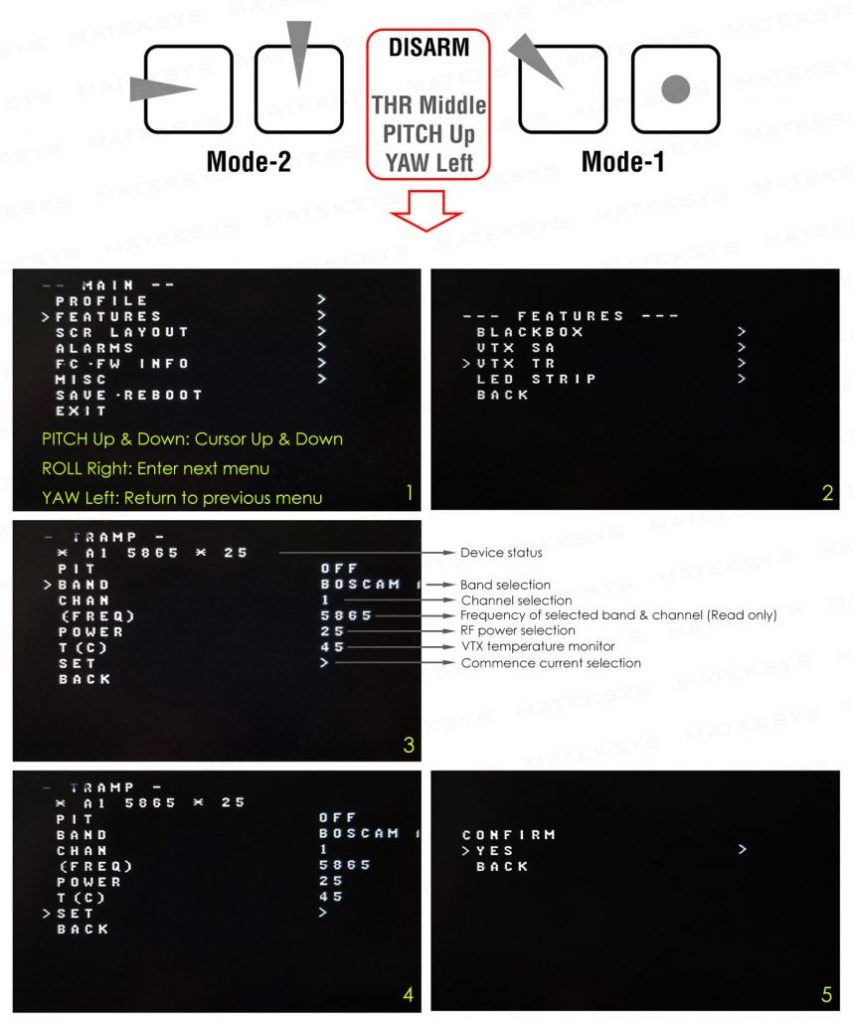 Also all settings can be changed by two buttons on the board.

We have heard the rumors that Matek is also preparing to release VTX integrated into PDB. This will be direct fit to Matek F405 FC board.