Radiomaster is not only the manufacturer of the wildly popular TX16s and other radios, but also makes the receivers. The smallest one is called Radiomaster R81. Sometimes alternatively also called as R1 Mini, but should not be confused with Jumper R1 receiver. 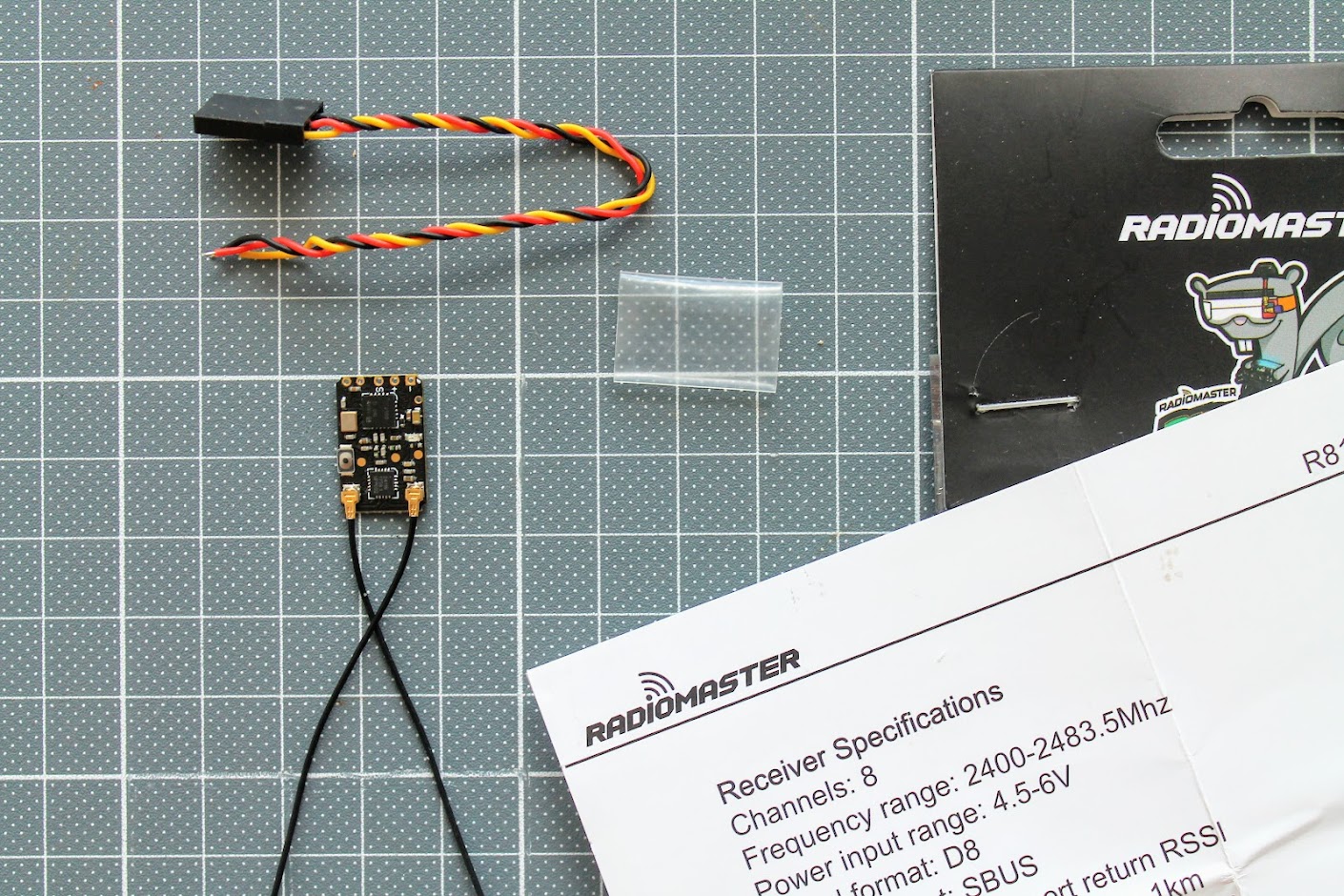 Radiomaster R81 is Frsky D8 protocol receiver. This is compatible with the most Frsky radios and with all multiprotocol enabled radios. The receiver size 17x11mm  is a little bit smaller than Frsky XM+ and a little bit bigger than Frsky R-XSR receiver. 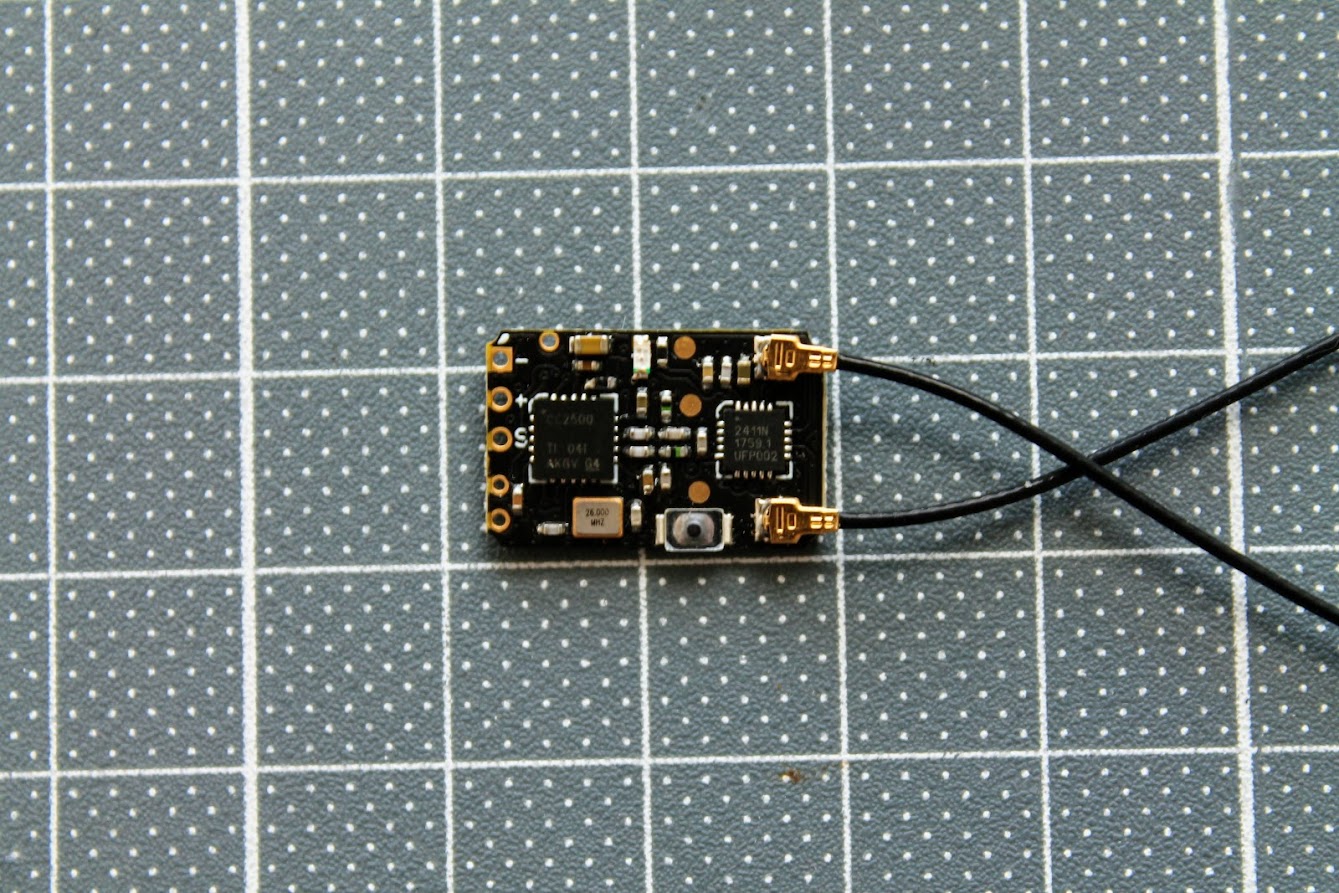 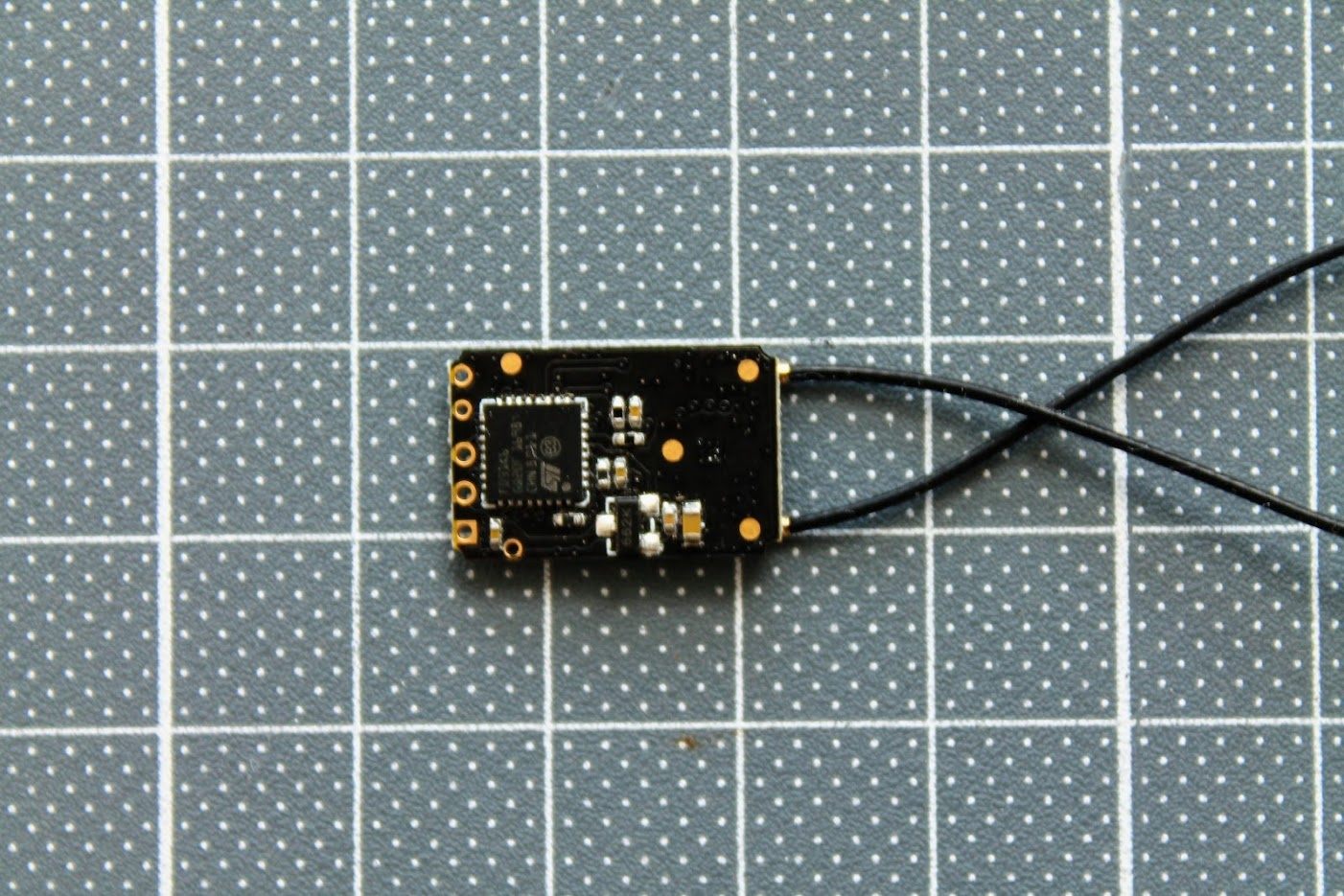 The weight is actually only 0.8 grams with included antennas. 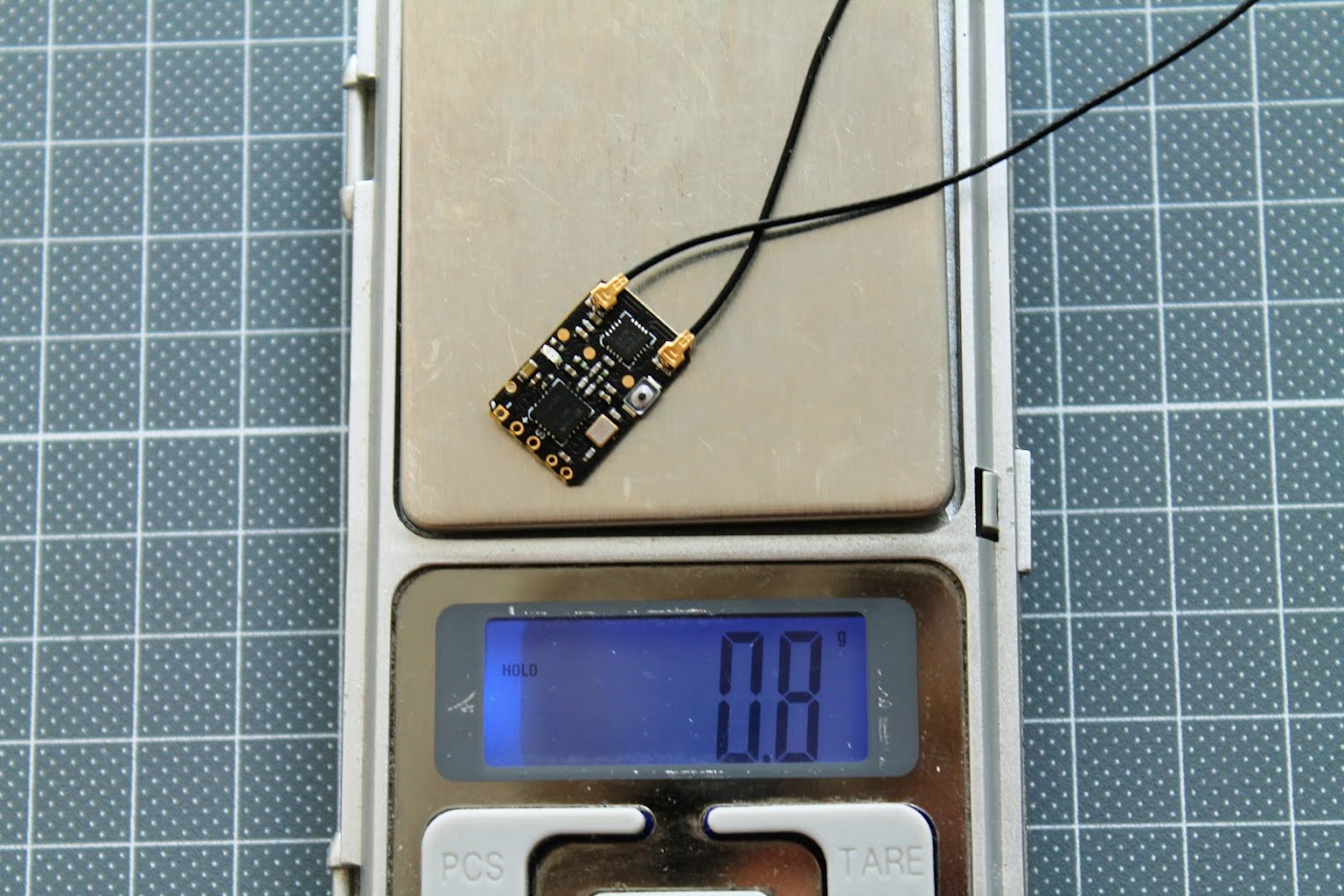 2. Select the D8 protocol for the multi-protocol menu of your remote control, and press the [BIND] option, the red light of the receiver will flash indicating successful bind 3. Exit bind mode on your remote control and disconnect power to the receiver then power the receiver once more. The LED will now be solid RED indicated the bind is now done. If not please repeat step 1 and 2

1. Press the BIND button once within 10 seconds of the receiver being powered on, and the receiver will save all the current channel values of the remote control as the fail-safe value

2. 10 seconds after the receiver is powered on, the BIND button function will be disabled to prevent accidental changes to to the fail-safe settings while preparing the model for flight

This receiver has a total of 9 channels. This includes 8 channels for radio control and one channel for the RSSI output.

D8 and D16 compatible receivers MUST be frequency fine tuned before flight.
Once the radio is bound to the receiver:
Return to the RF Freq. fine tune option
1. Lower the value until the radio loses the connection with the receiver. Record the value (TUNE_MIN).
2. Raise the value so that the connection is restored, then continue to raise it until the radio loses the connection with the
receiver again. Record the value (TUNE_MAX).
3. Calculate the median between the two values (TUNE_MIN + TUNE_MAX) / 2 = TUNE_MEDIAN
4. Set RF Freq. fine tune to the median value
Example
Connection is lost at -73 and +35; the median is -19:
Once the Fine Tuning value is known, it can be used for all models which use the same protocol.
For More information visit https://www.multi-module.org/using-the-module/frequency-tuning 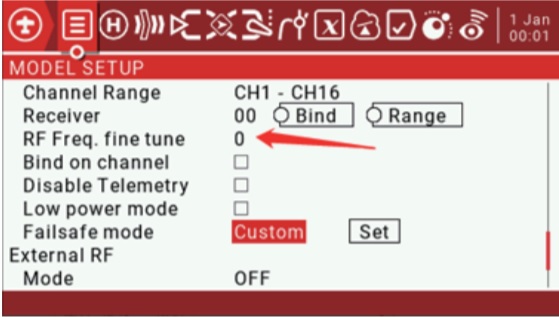 Select Serial-based receiver in the Receiver Mode selection and SBUS as Serial Receiver Provider in the Configuration tab. 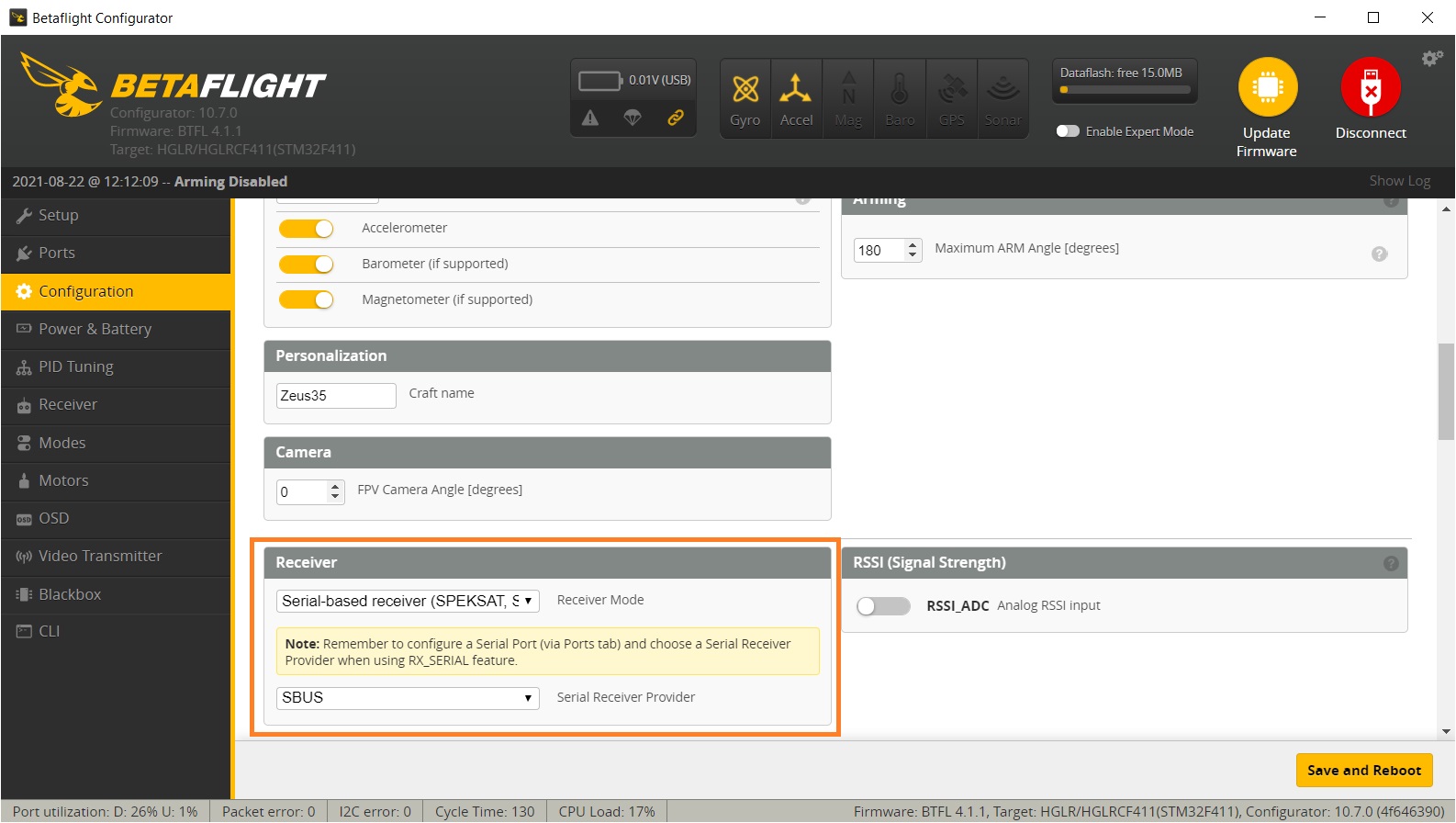 In the Receiver tab You can see the RSSI output on the Channel 9 (AUX5). Set the RSSI Channel to AUX5 respectively to get the RSSI values on the OSD. 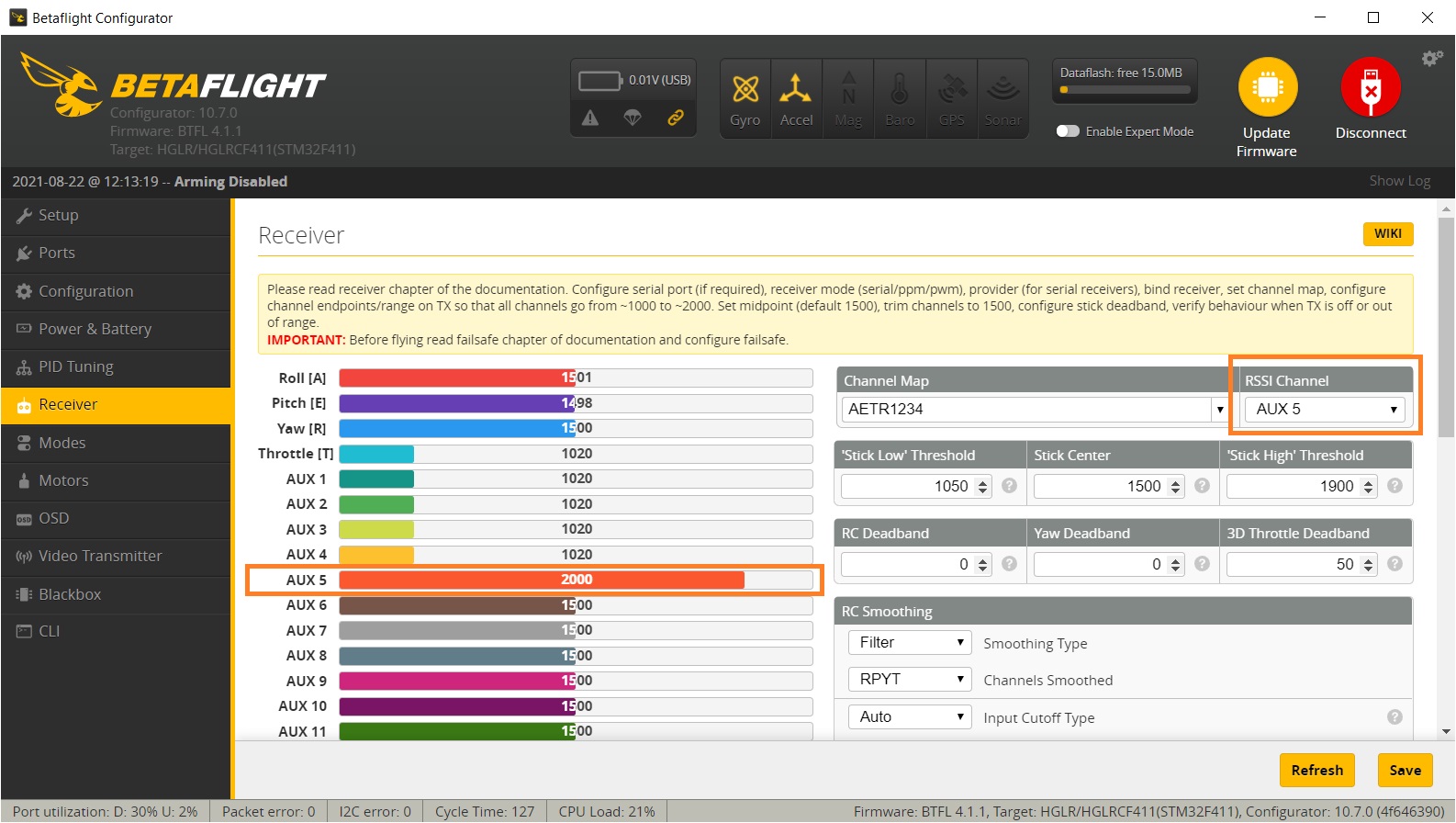 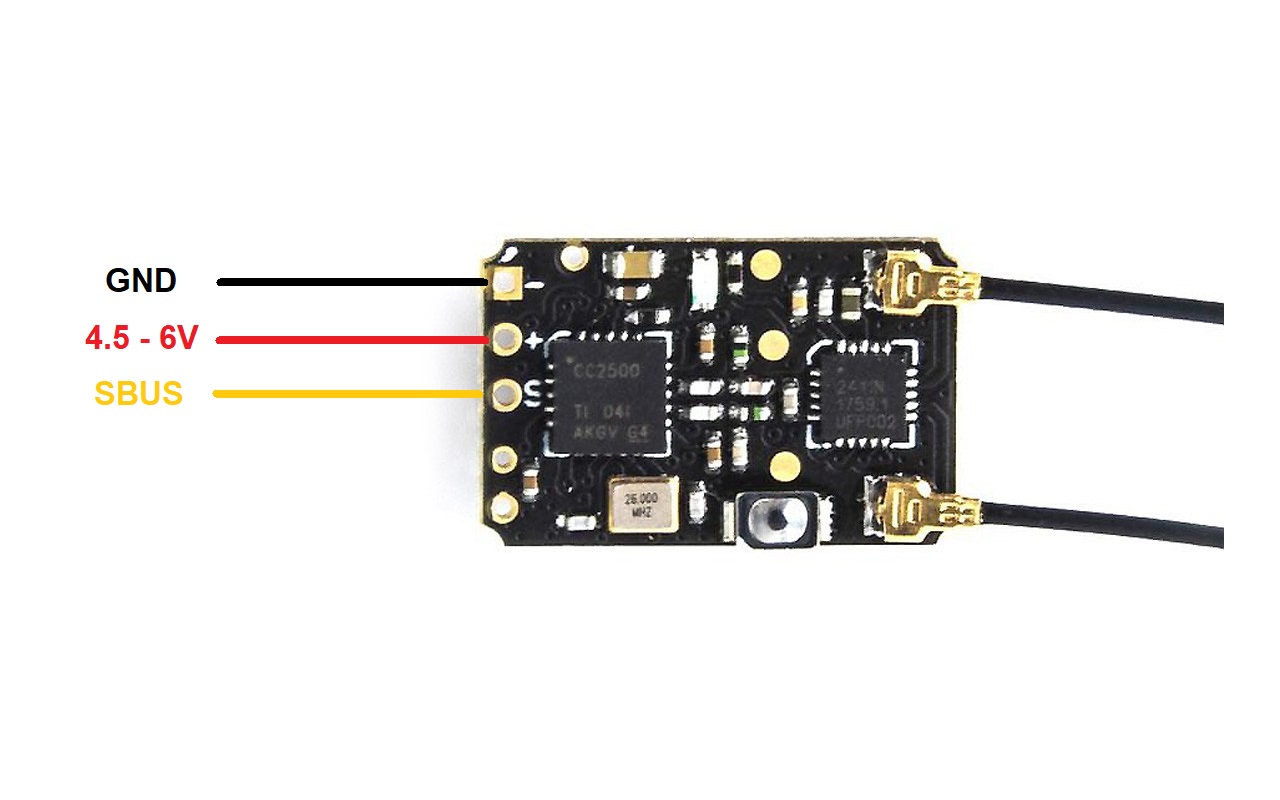