When Foxeer announced the new version of it’s classic camera –HS1177 V2 , I was really dissapointed with the lack of on board microphone. All other Foxeer full sized cameras (Arrow V3,  Monster V2, Night Wolf) have already an on board microphone and audio feed could be taken from the camera. However if you look at the pinout of the HS1177 V2 camera connector, you will notice, that additional pins were added – second version camera has 6 pins instead of the 4 pins in the previous version of HS1177. There is one unmarked pin, next to the video out pin and it leads to the thoughts that engineers were planning to add the audio out, but for some reasons changed the plans. 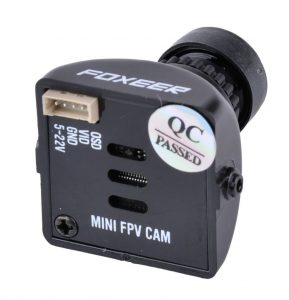 Older version of the HS1177 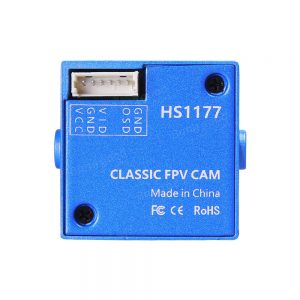 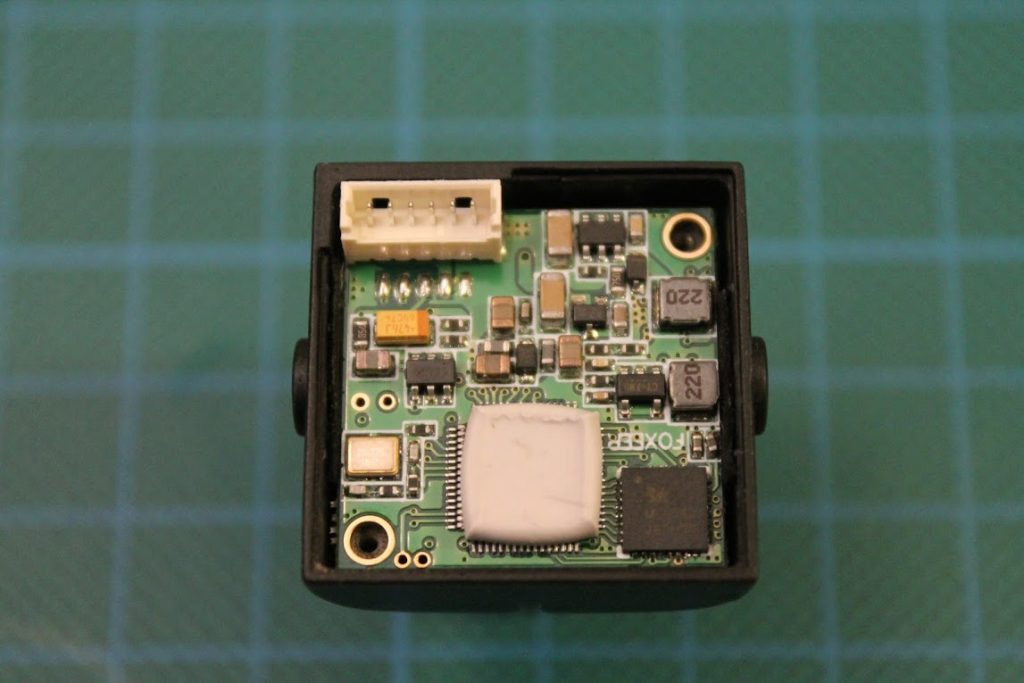 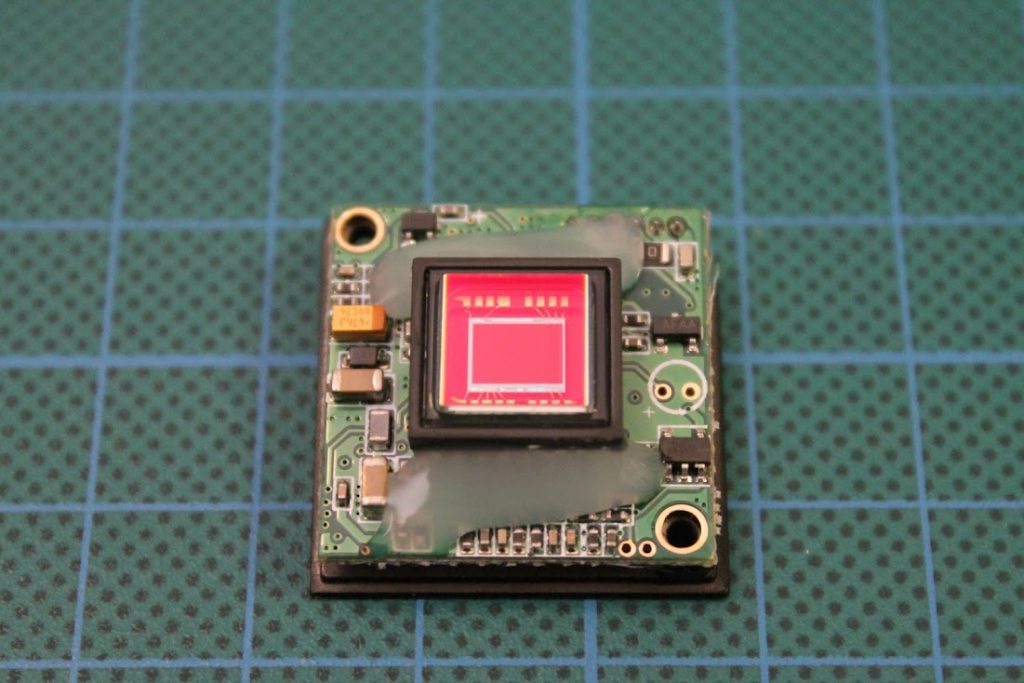 So in order to make our audio mod we need to get the right microphone. It happened that I had micro CMOS camera with small electret microphone that fits perfectly on to the camera PCB. 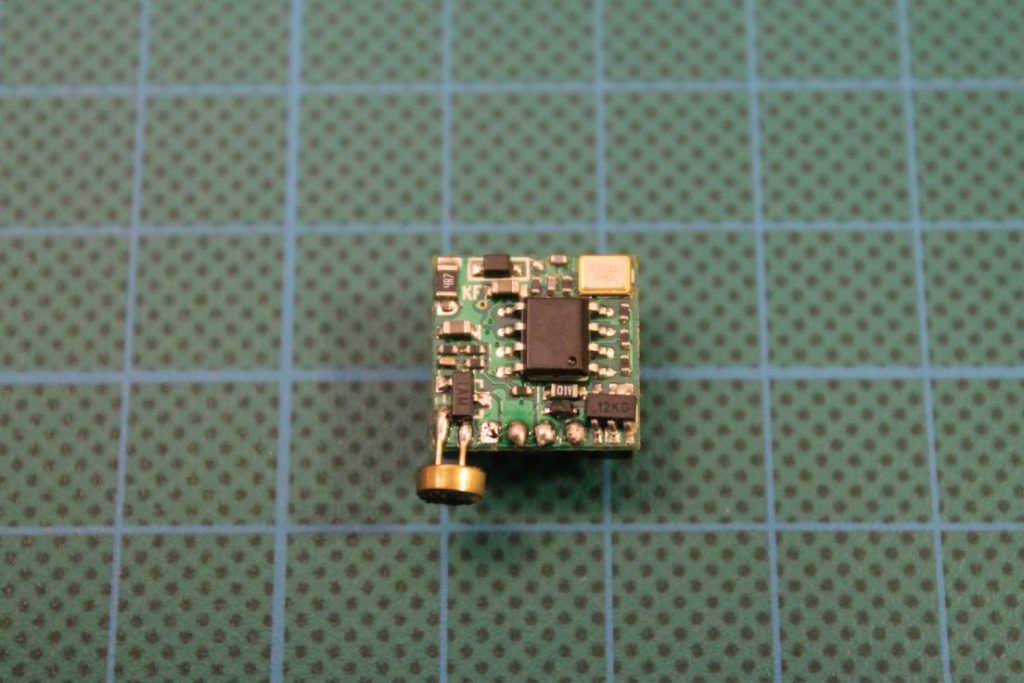 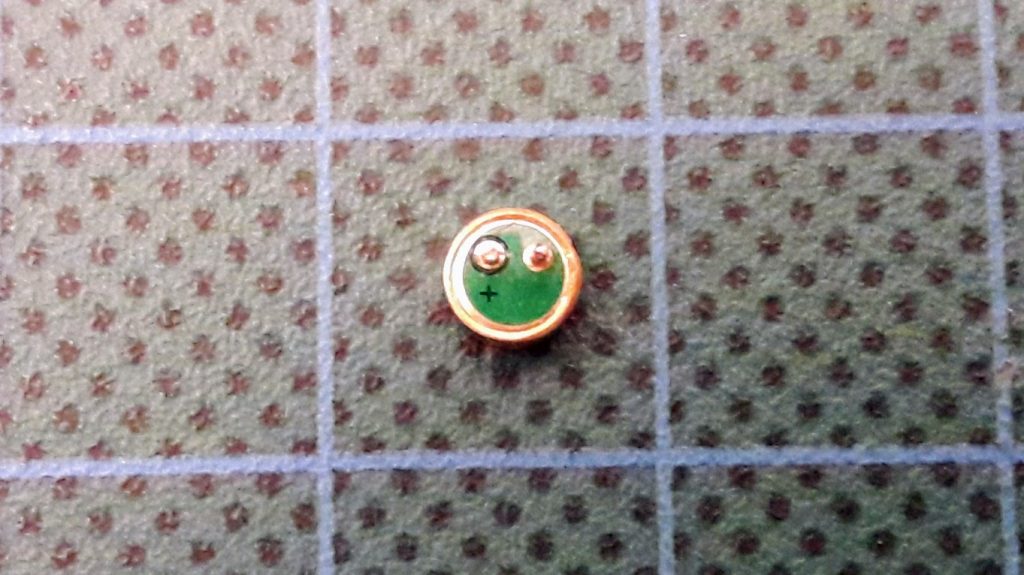 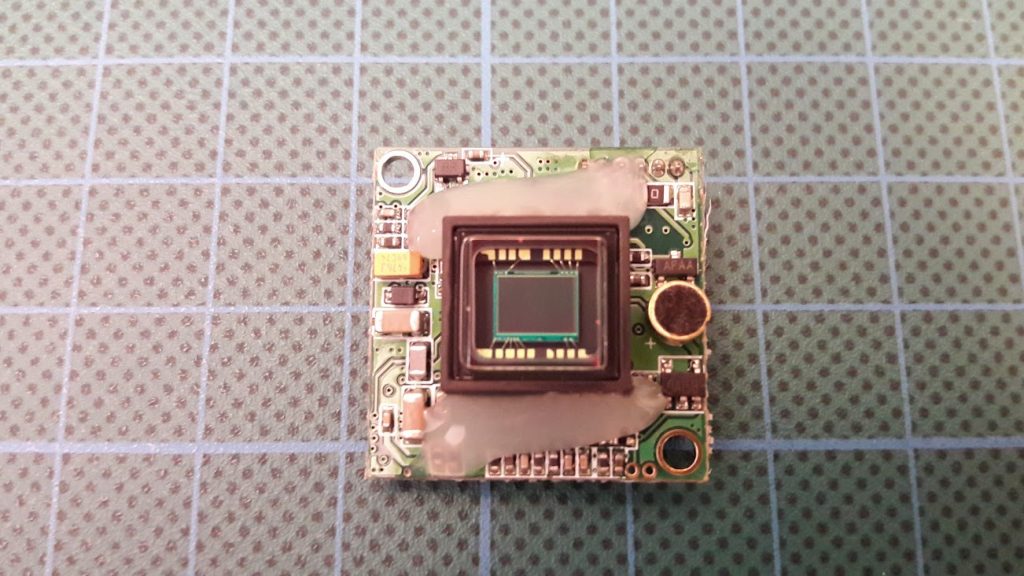 Now you can assemble back the camera and try the audio feed – it should be working. But before continuing – a few words about the cable. The supplied camera cable has 5 wires connected instead of the the total 6. You can either take the missing pin from another similar plug and put it in the missing place or you can use Foxeer Mini and Micro Arrow camera cable it has exactly the same 6 pin connecto that is needed. 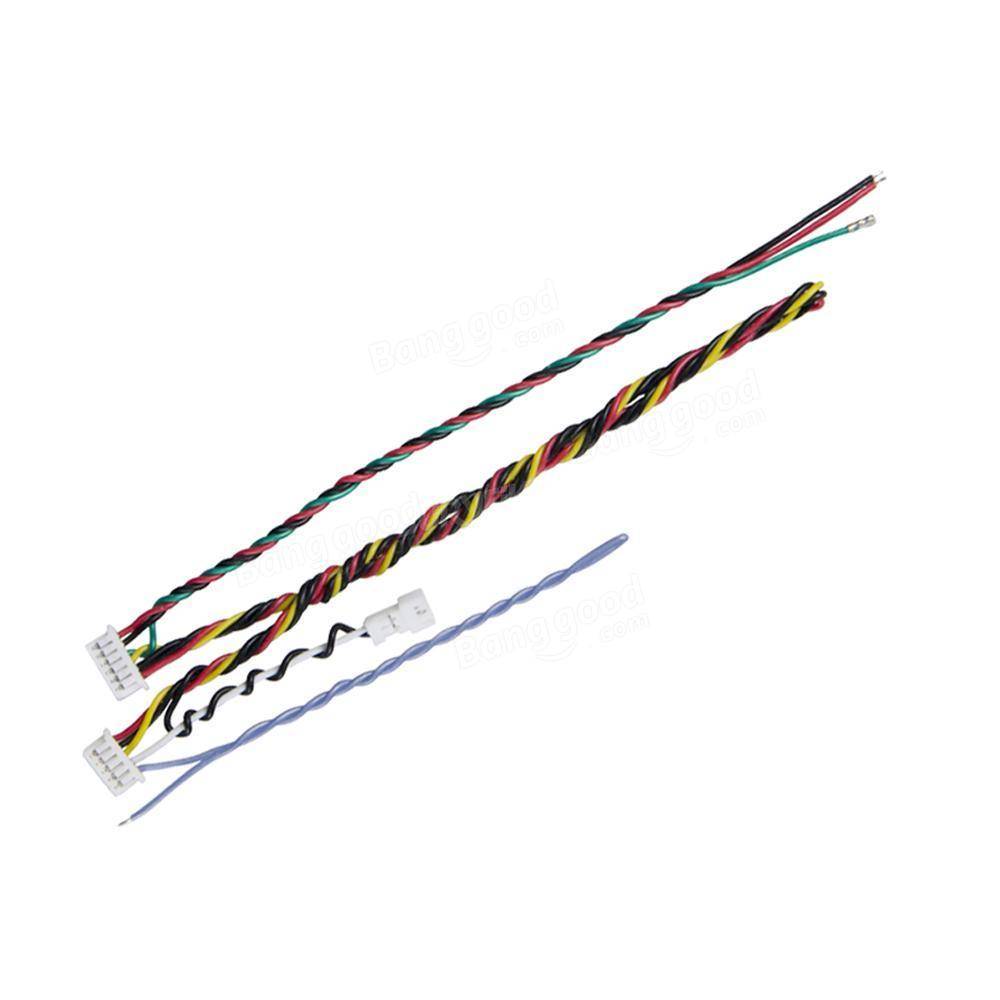 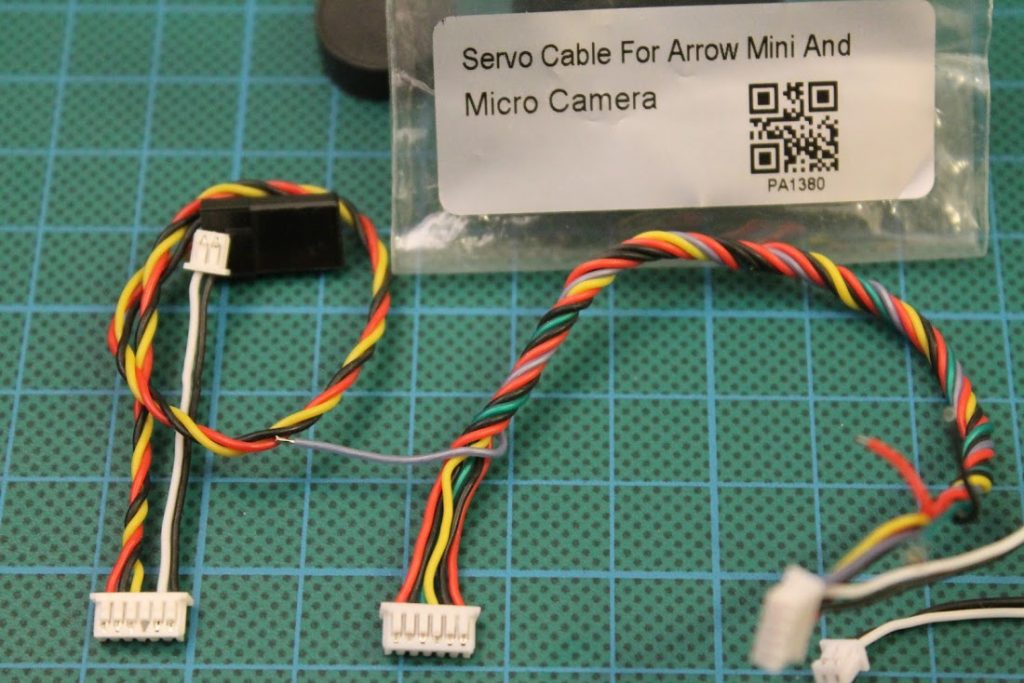 In order to let more sound in I have drilled the 1.5mm hole in the right side of the camera casing. 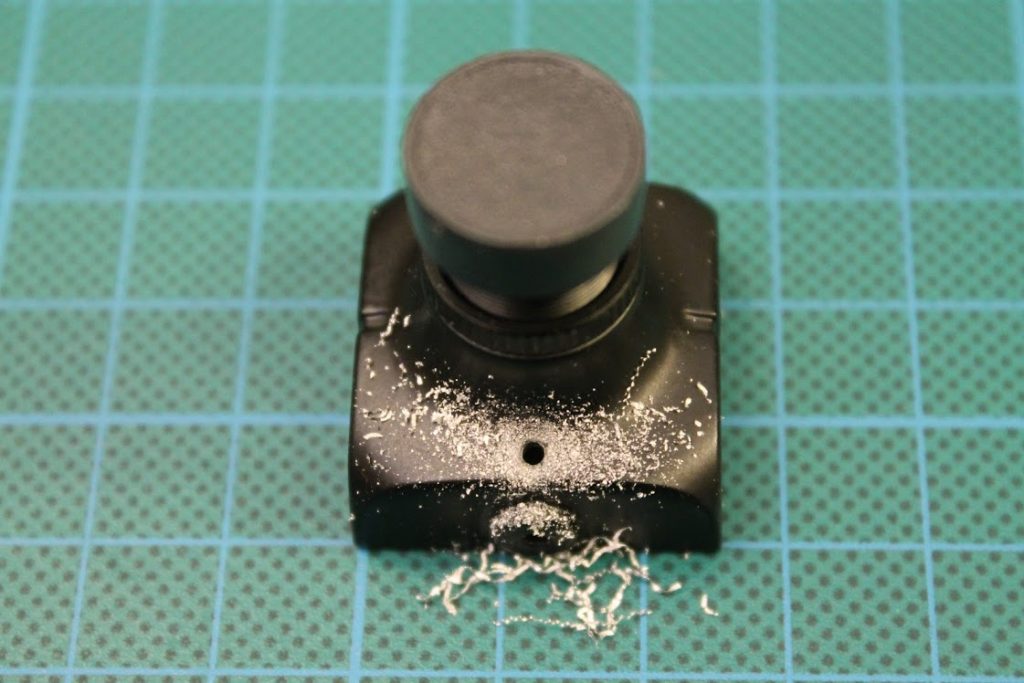 Then glued some foam to cover the hole and to protect the camera sensor from the dust. 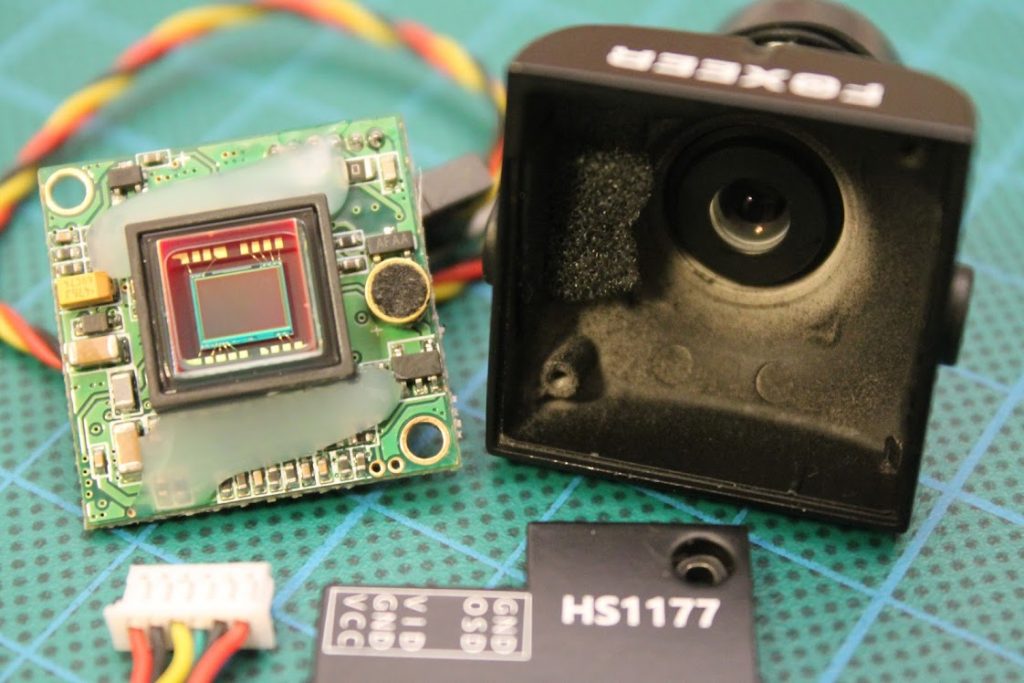 The example of the sound from modified Foxeer HS1170 V2 can be heared here:

So that is. You can enjoy the sound from your Foxeer HS1177  V2 camera!