Frsky is preparing to release the new generation of the receivers, called Archer. The whole new range will include GR6, GR8, S6, S8Pro, R4, R6, R8, R10Pro, RS and M+ receivers. All Archer receivers will have ACCESS protocol and will have OTA (Over the Air) firmware update capabilities. This new receivers family will have improved lattency, range and perfomance. 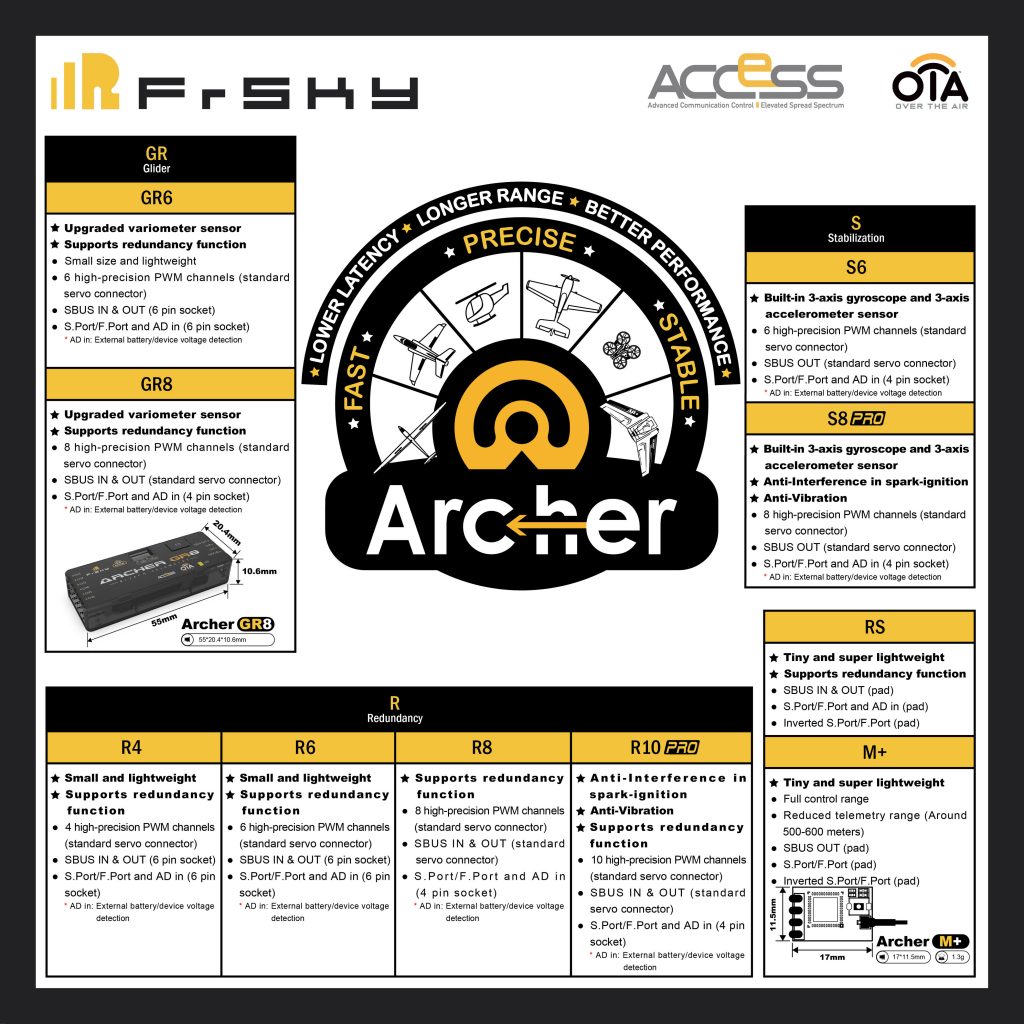 Frsky Archer GR6 and GR8 are updated versions of the G-RX6 and G-RX8 designed for gliders. They will have upgraded variometer sensor with 6 and 8 high precision PWM channel otputs. 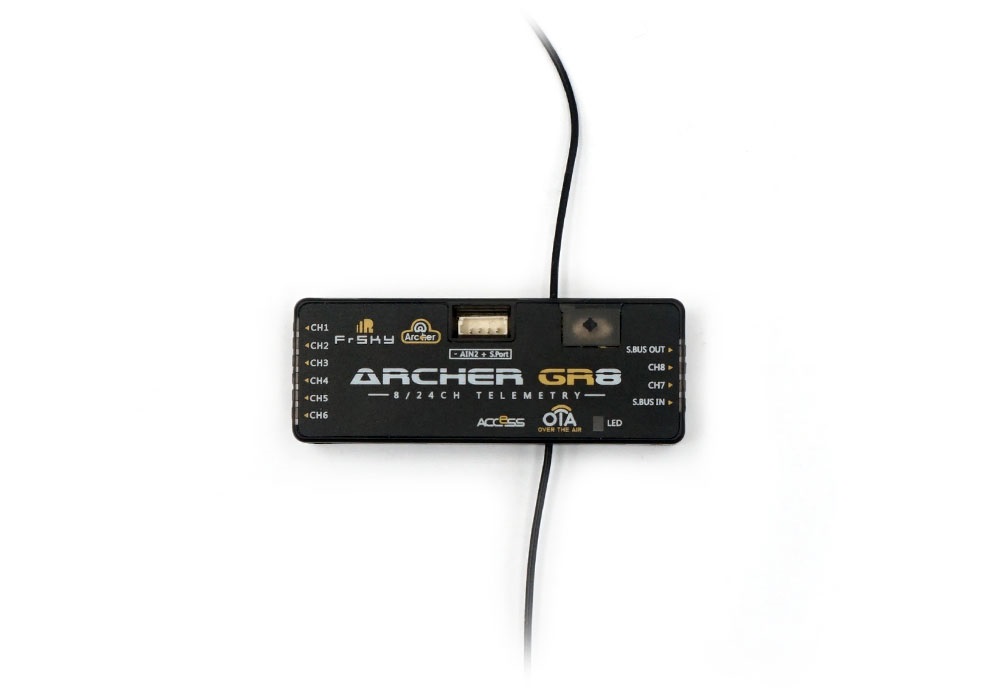 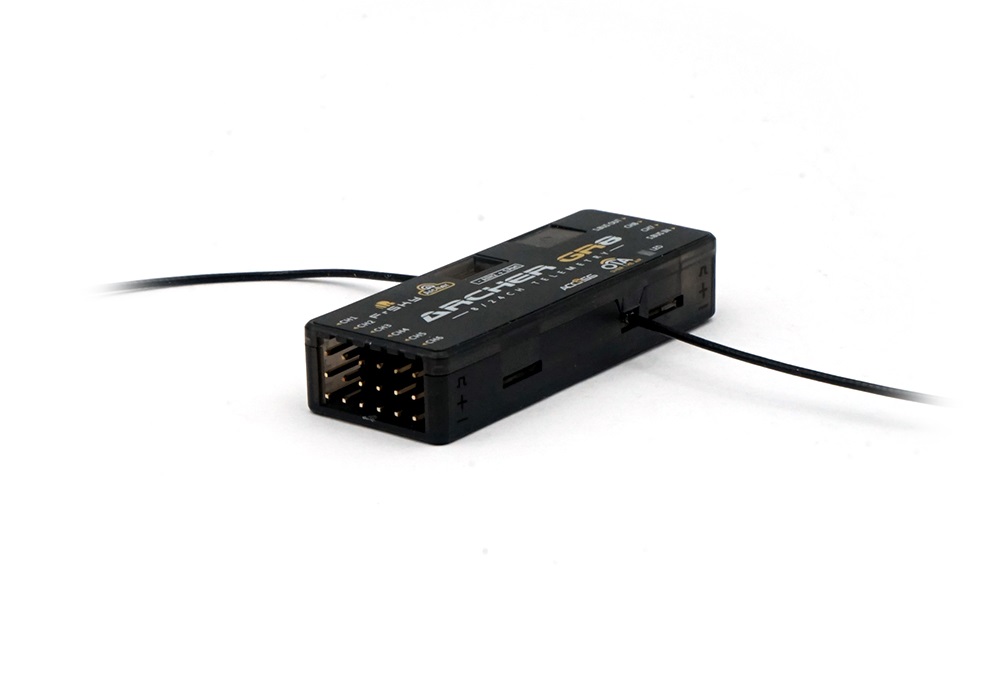 The ARCHER GR8 maintains its small form factor. Thanks to the ACCESS protocol and hardware optimizations, you can now use 8 high-precision PWM channels and 16 SBUS channels via standard servo connectors at the same time. In addition, any SBUS equipped ACCESS receiver can be connected to the SBUS IN port turning it into a redundant receiver, the GR8 will automatically use the receiver with the best signal. Powering the receiver via a speed control? Simple battery voltage monitoring is now available through the AIN port.

Frsky Archer S6 and S8Pro are the upgraded S6R and S8R receivers with built in stabilisation. 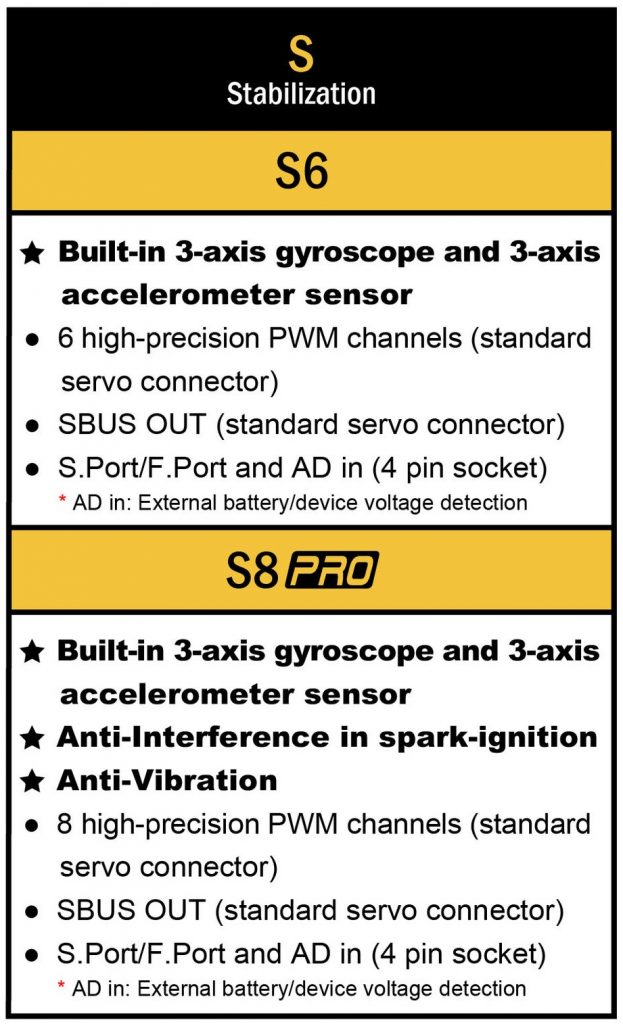 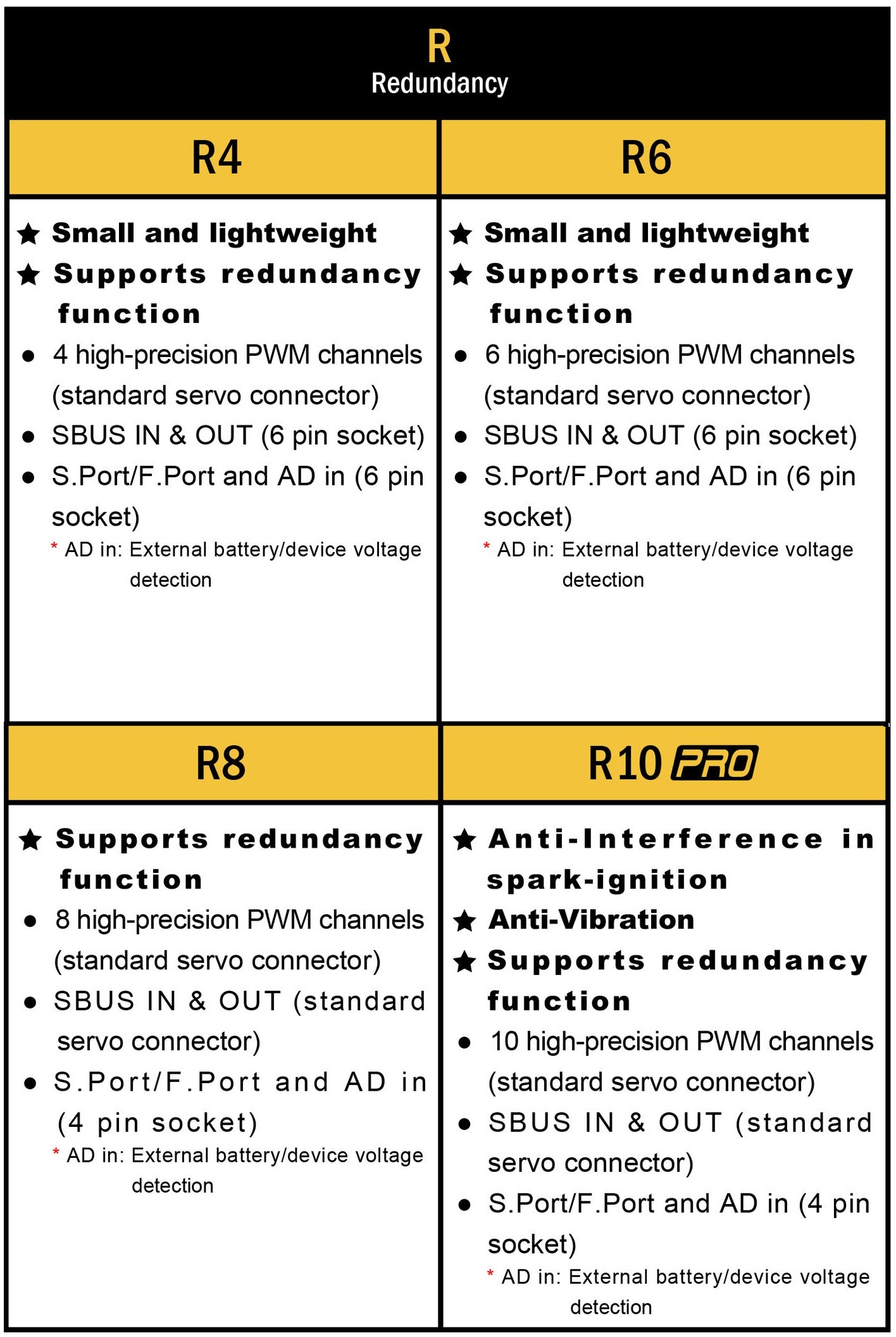 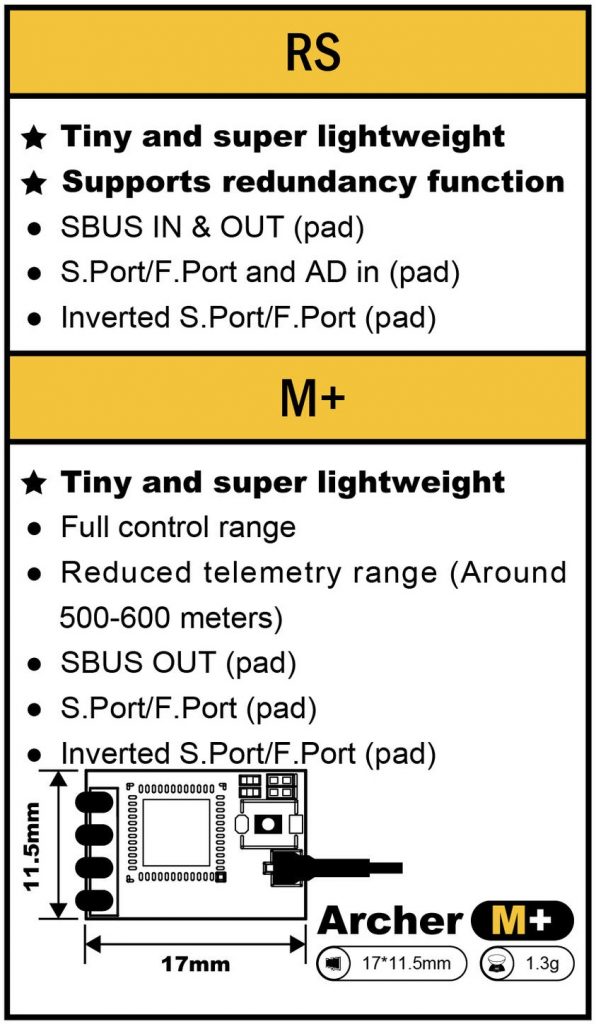 “The Archer S8 Pro receiver will be changed to SR8 Pro which will be added SBUS IN to support redundancy function (redundant stabilization signal output), and we will have another SR10 Pro receiver. For 10-channel receivers like SR10 Pro and R10 Pro, both receivers will have dual power-supply ports (BATT1 & BATT2, i.e. power redundancy).”

“The Archer receivers are specially designed for ACCESS transmitters. We already have sufficient ACCST D16 receivers like XM (XM and XM+), X (X8R,RX4R, RX6R, RX8R Pro, G-RX6 and G-RX8), and S (S6R and S8R)series receivers to meet different needs of customers, and we have no plan to discontinue these receivers by now.”