Kudrone drone is a highly hyped chineese new drone. With a fundraising on the idiegogo https://www.indiegogo.com/projects/kudrone-4k-camera-nano-drone-with-gps-auto-follow-drone. $1,171,903 USD raised by 9344 backers (2344% over the initial goal of $50,000) and only a few days let for this campaign.

Why it may be scam?

As you can see – no real sample of on board camera recording. Why? – think yourself.

Why it may be real deal?

Lets look at the still shot of the main board (flight controller). We can see the top side of the controller where we find four mosfets for driving four brushed motors, posssibly a gyro on the top part and a baromether chip. So at least this drone should have altitude hold feature. No GPS or sonar sensors seen. Unfortunately we dont have any pictures of the lower part of the main board so it is unclear what main CPU it uses. 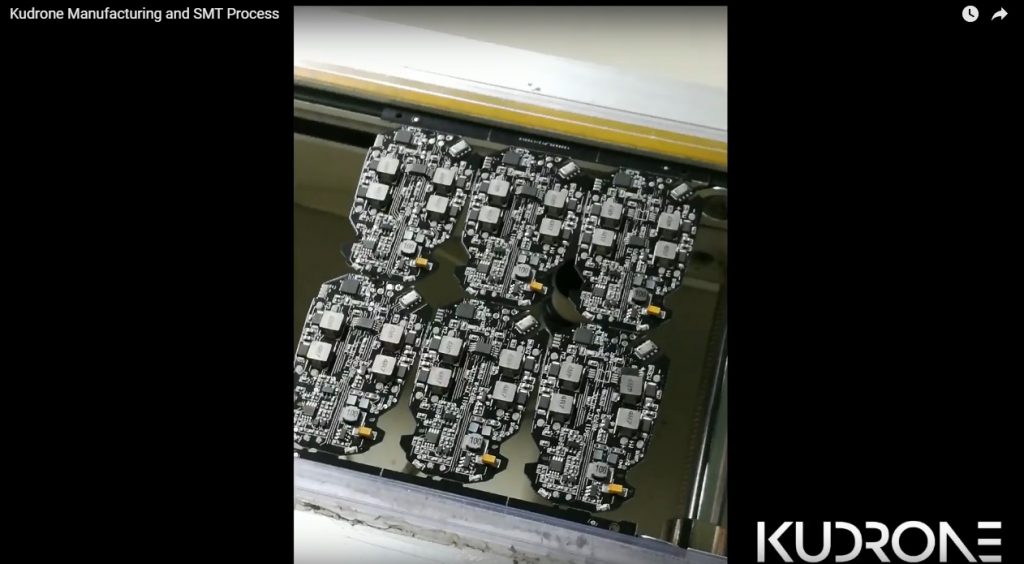 My verdict so far (2017-04-12): While this Kudrone drone can be actualy produced, it will no way have all declared features. There is no way to have 8 min flight time with 85g of weight. There is no possibility that this drone can do 4K 30fps video and of course no 720P livestream. No way to have “Precision vision positioning”. Most likely no GPS also.  Withour these features this drone would be worth not more than $50.

Update 2017-09-26: Buers start to receive their little drones. And so far we can see only a few unboxing videos on Youtube. Look at the one user’s video below – terribly shaky actual flight footage (descending on the 2:30):

Another user is protecting himself with a towel from the unexpected Kudrone drone behavior. Very funny (or sad) 🙂

Users shouldn’t be happy with the results ….