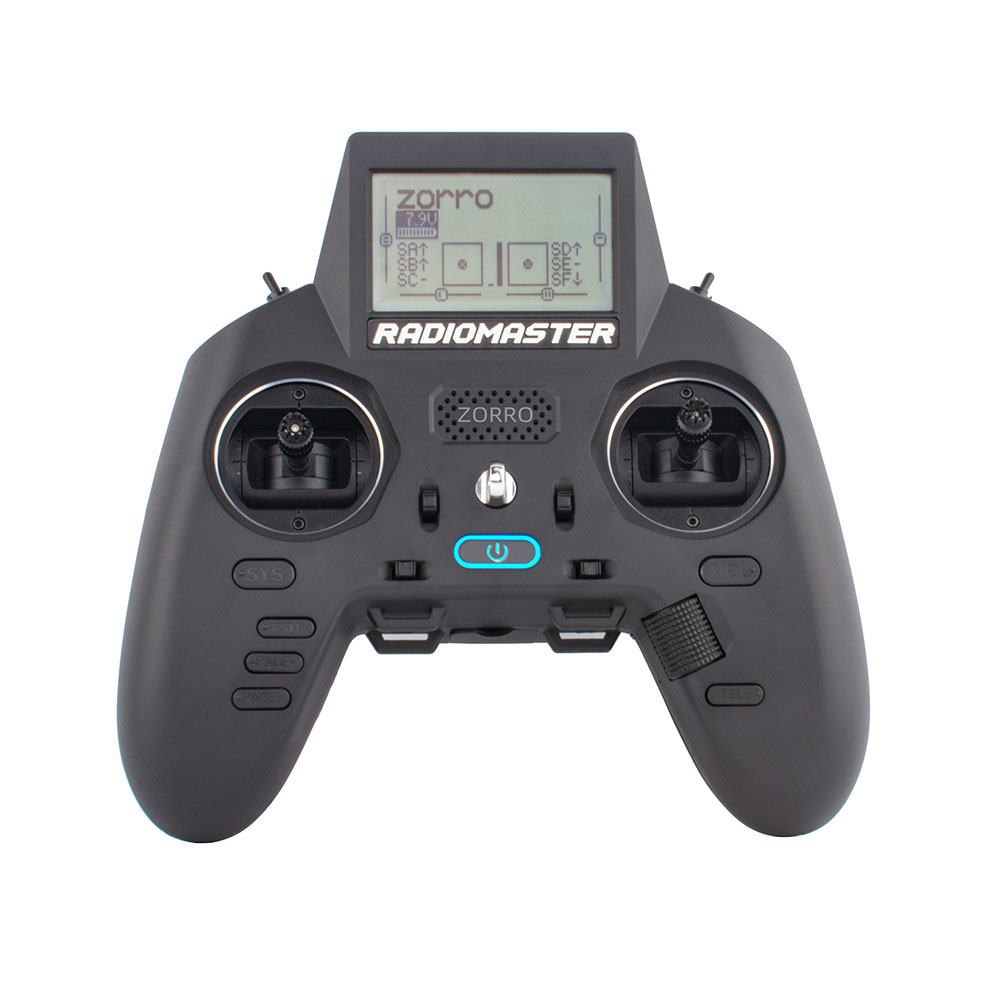 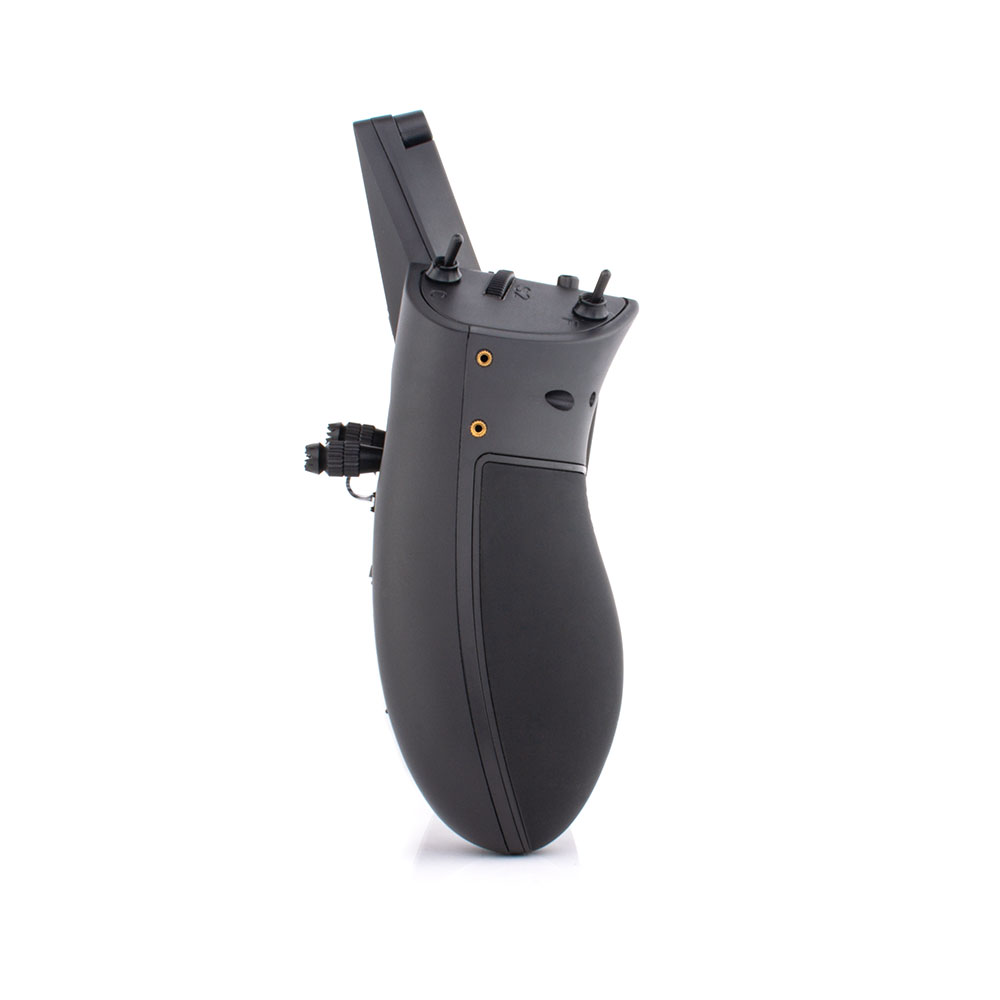 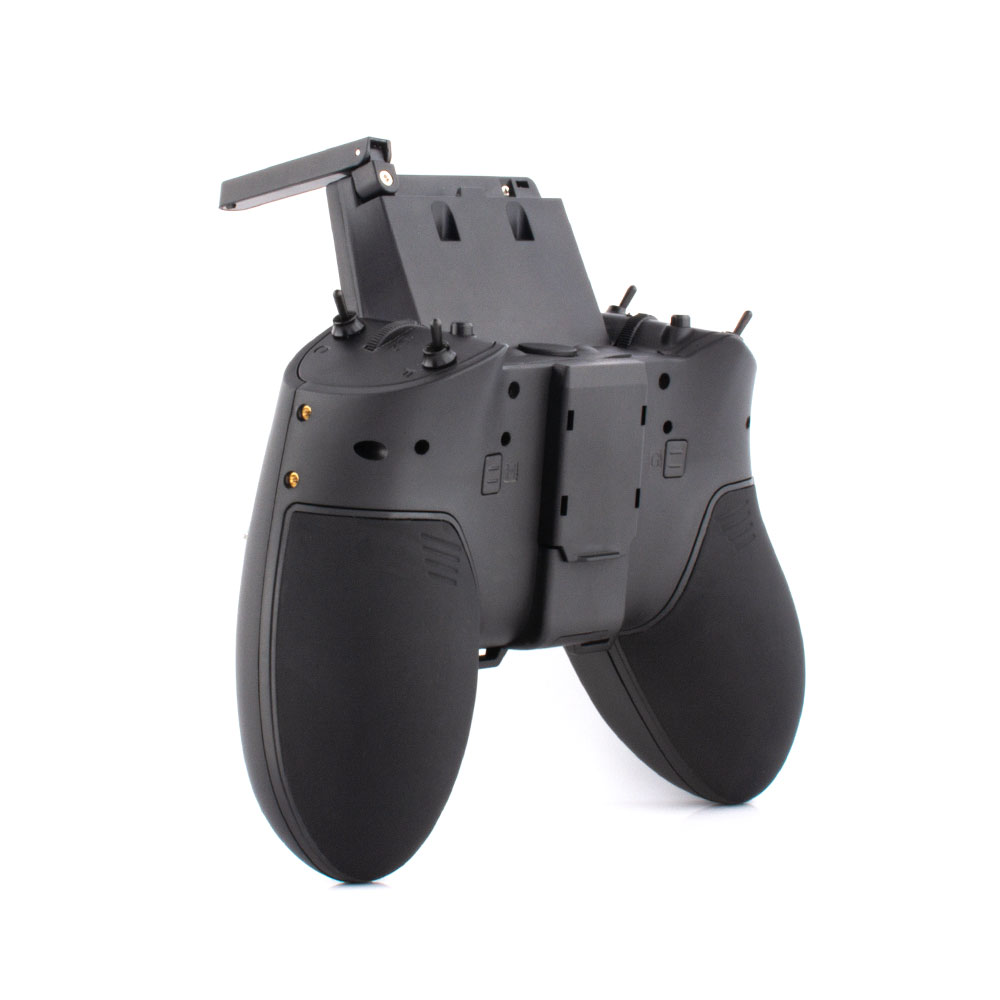 Zorro radio will be equipped with large 128*64 monochrome LCD screen with adjustable brightness. 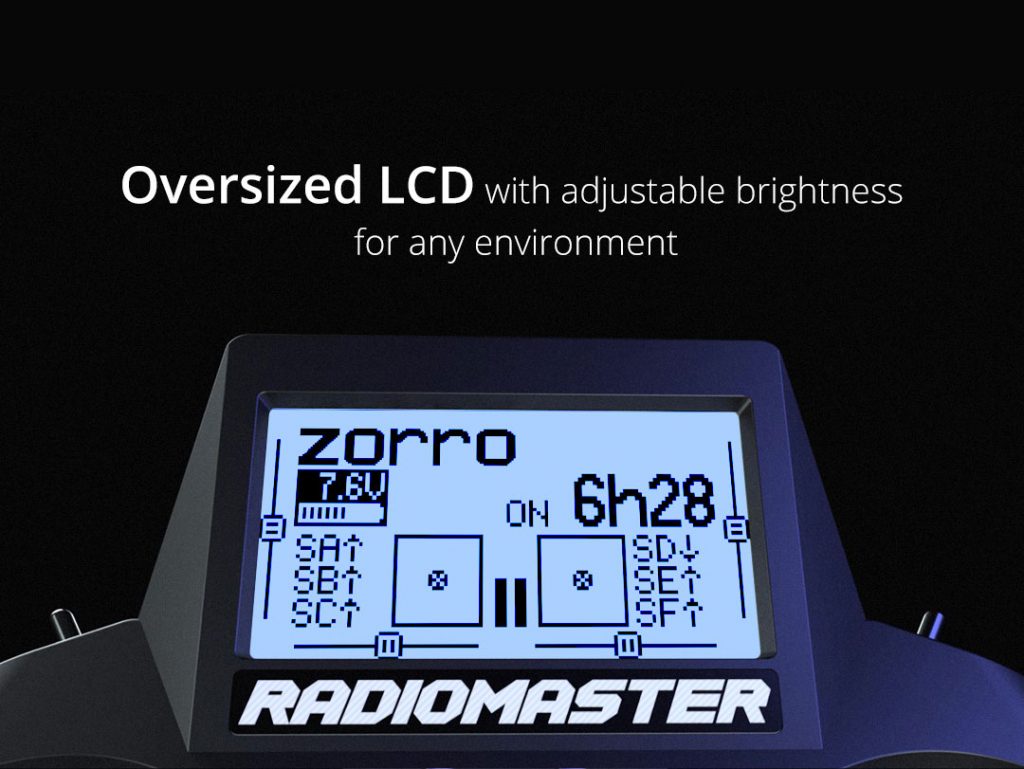 Radio will have adjustable hall gimbals with stick travel adjustments and the roller wheel for easy navigation. 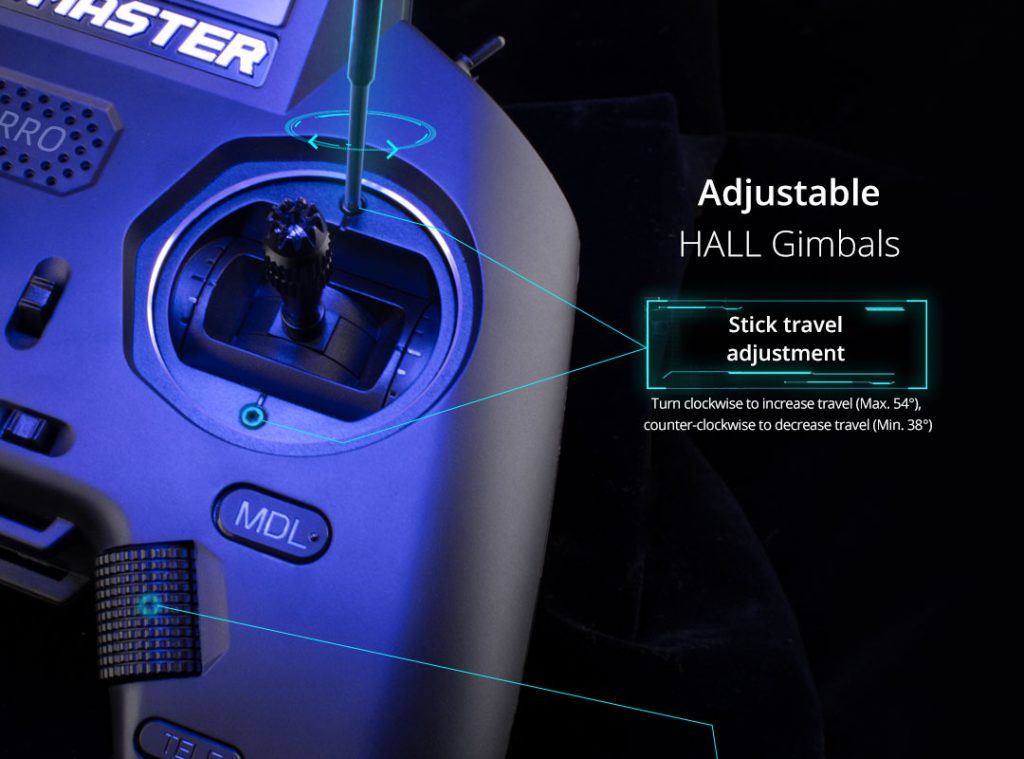 Spring tension and centering/throttle adjustments can be done by by turning the screws and without the need of disassemble the radio. 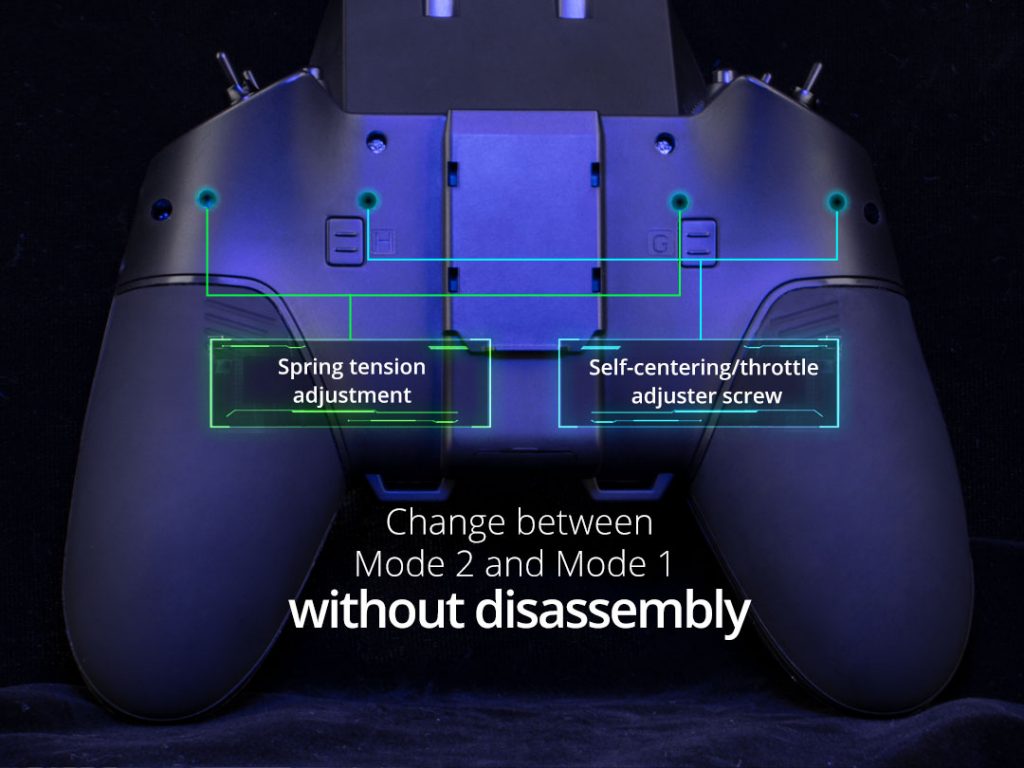 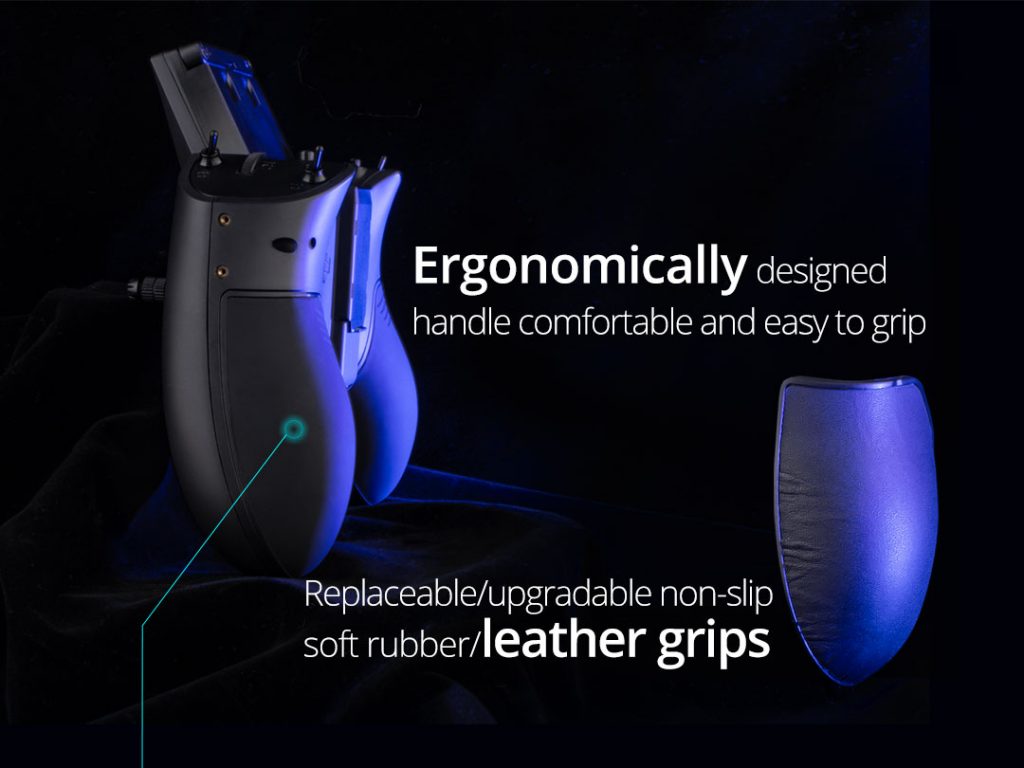 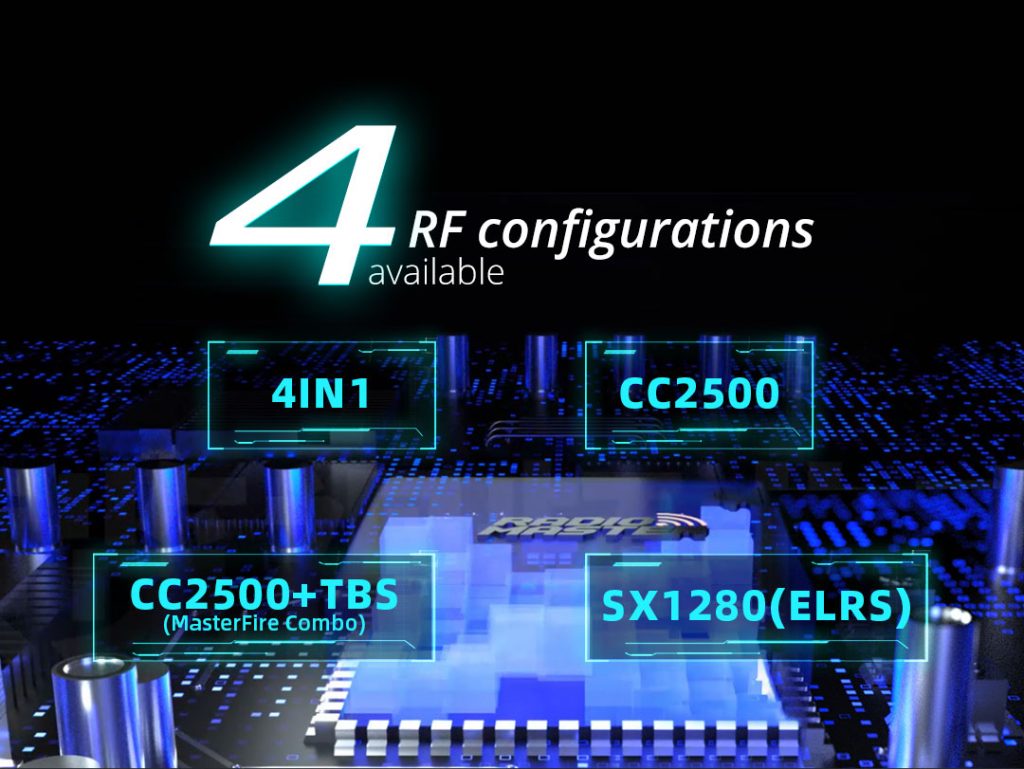 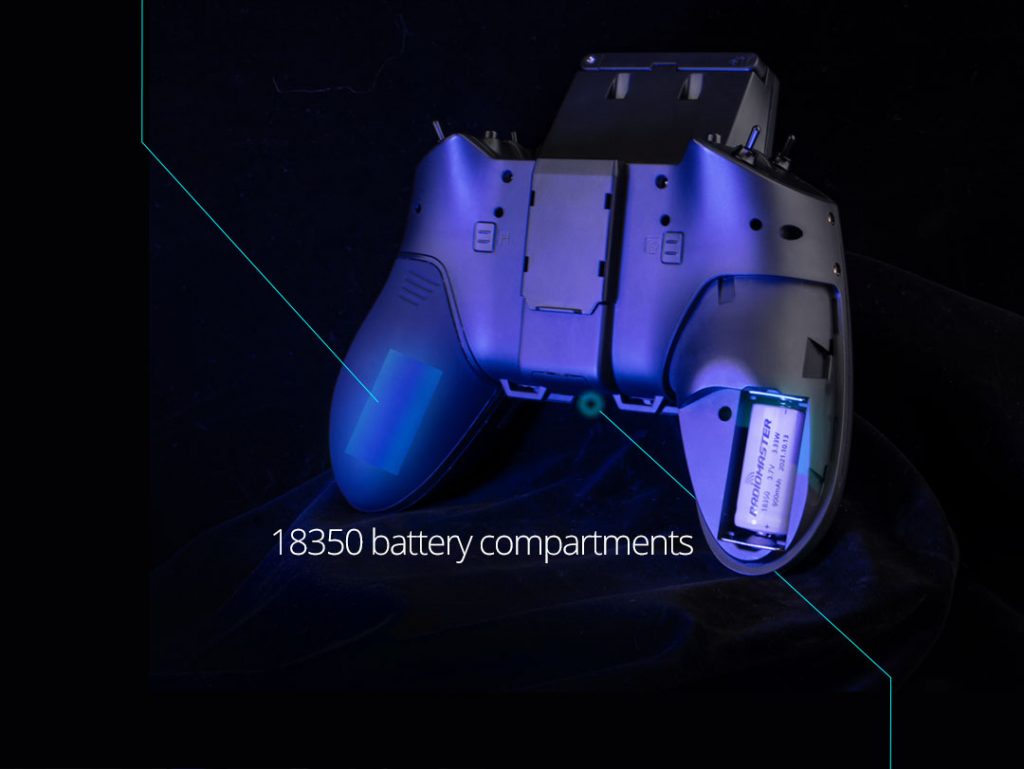 Batteries can be charged by internal charging using USB-C cable. 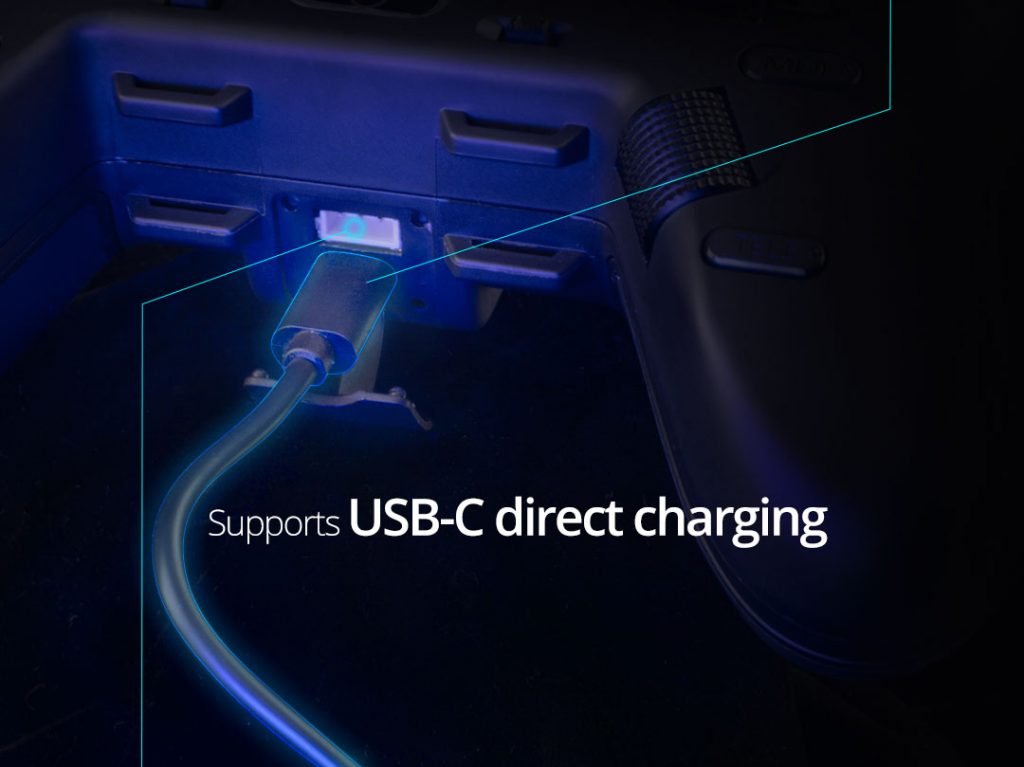 Alternatively radio can be powered by external 2S battery. 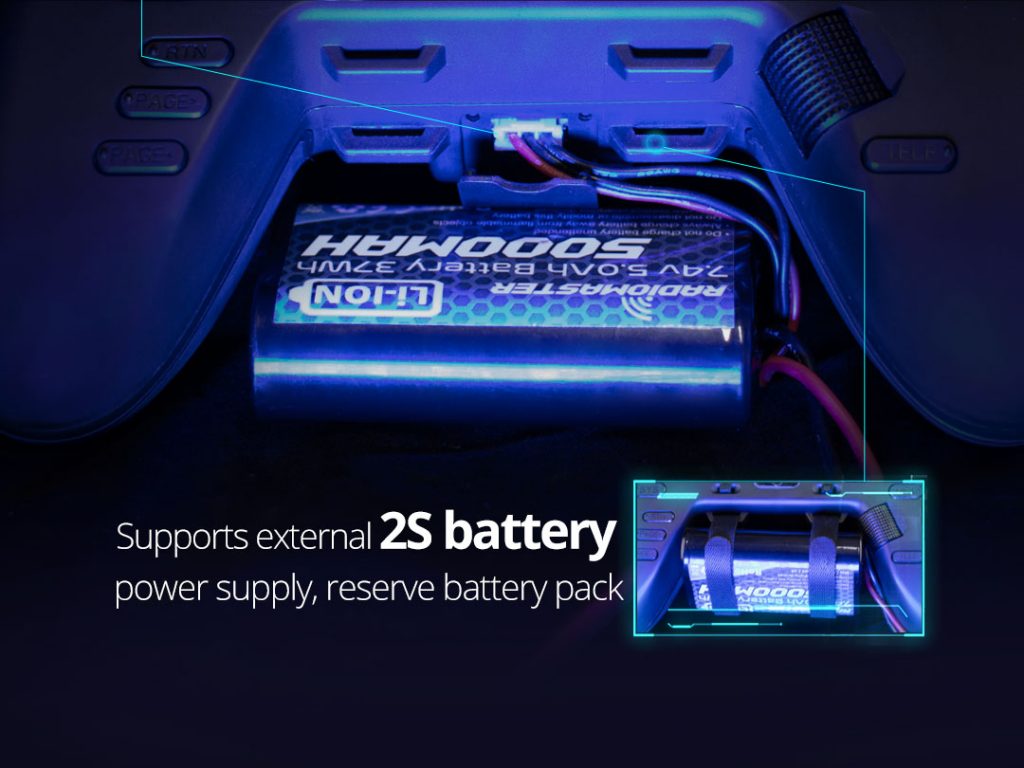 Radio even has foldable antenna. 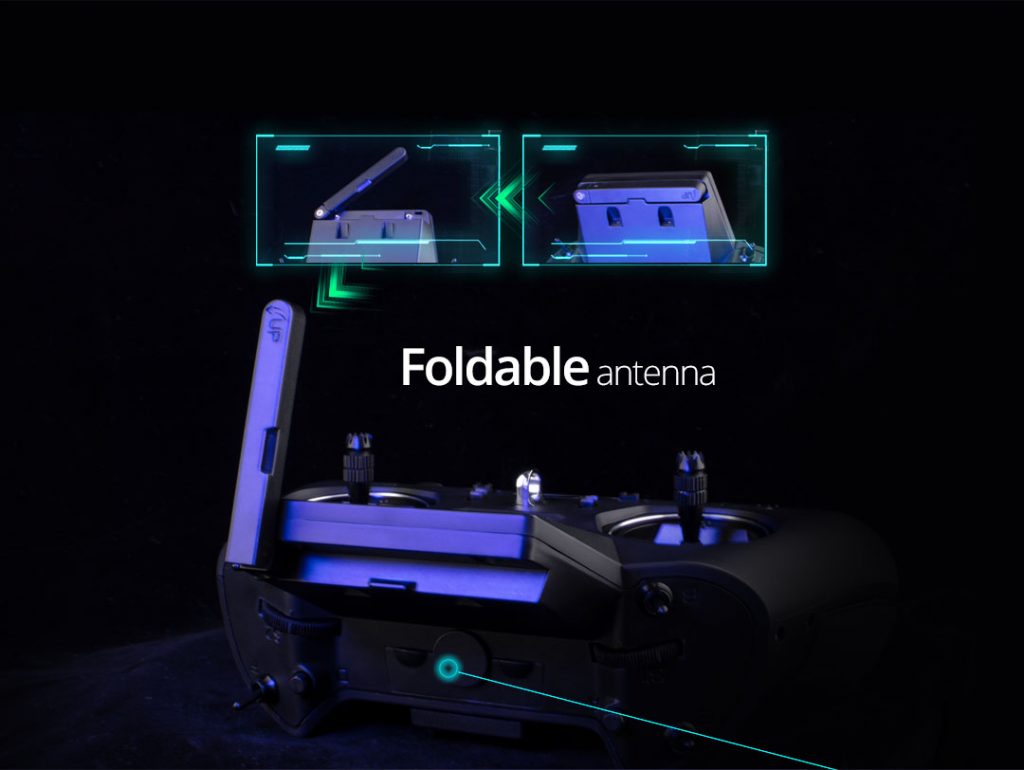 There are 6 DIY attachement point for various addons (like FPV Screen). Also two user buttons can be found on the back of the radio. 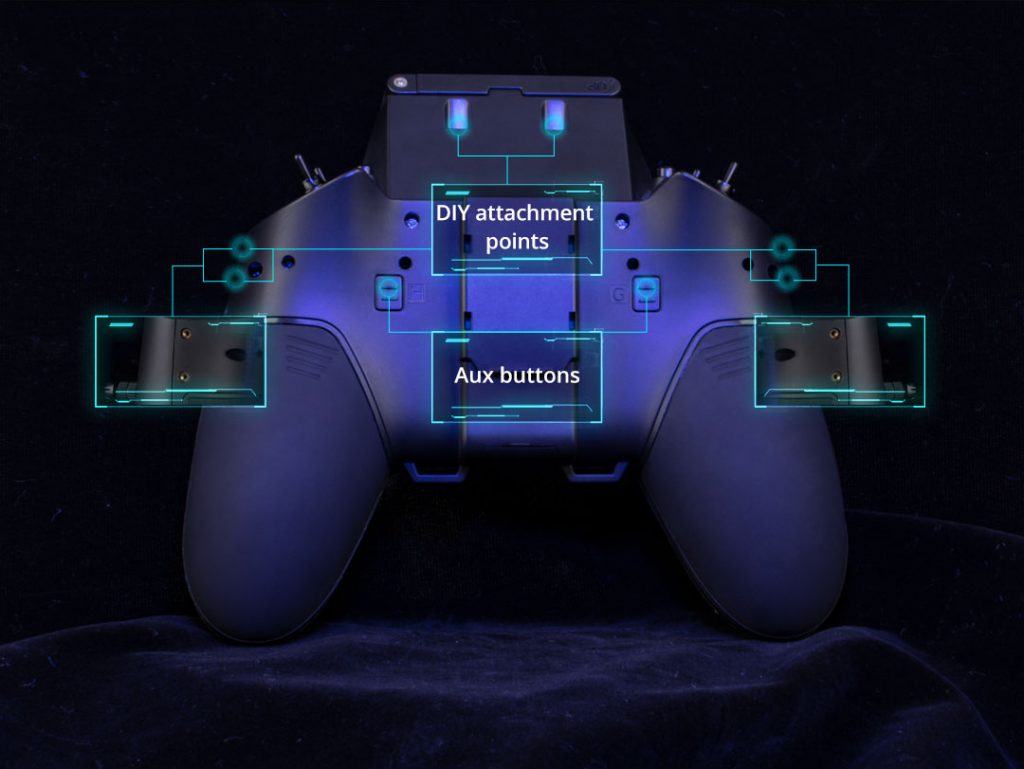 There is external module bay for nano size TX modules. 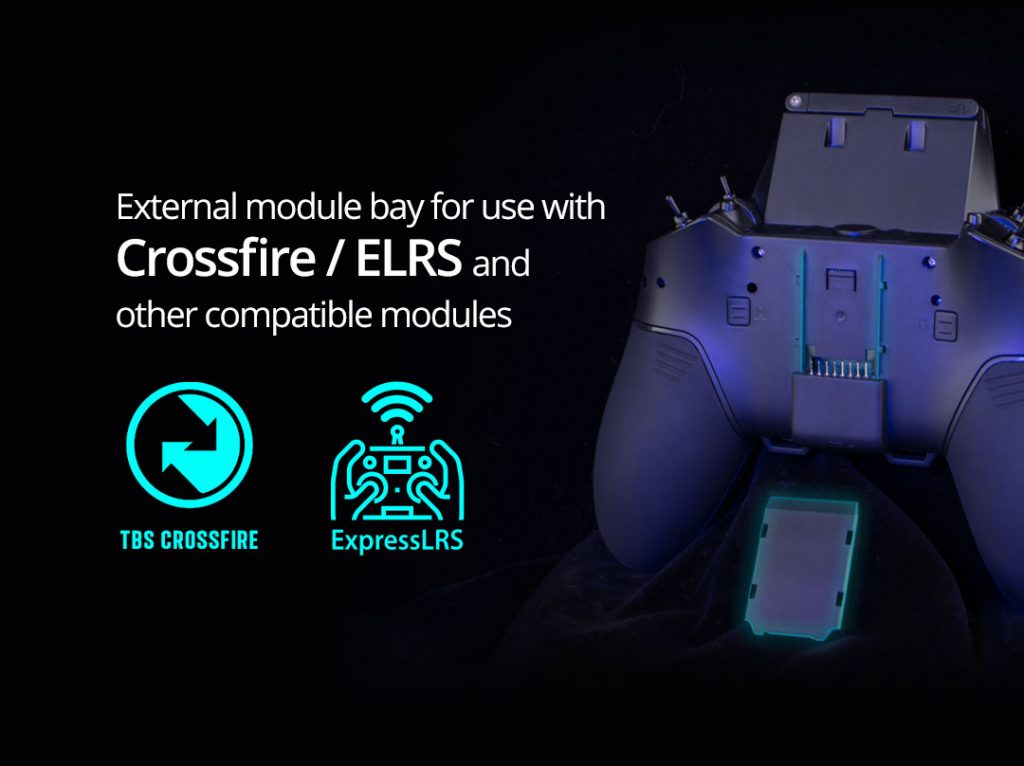 Radiomaster Zorro is the first of the many radios to come with the internal ELRS module and full featured firmware (such as OpenTX or EdgeTX).