A new company Radioking has released TX18S radio. What features does it have, how good is this radio and is it worth for the price? Lets take a closer look and try to find the answers. 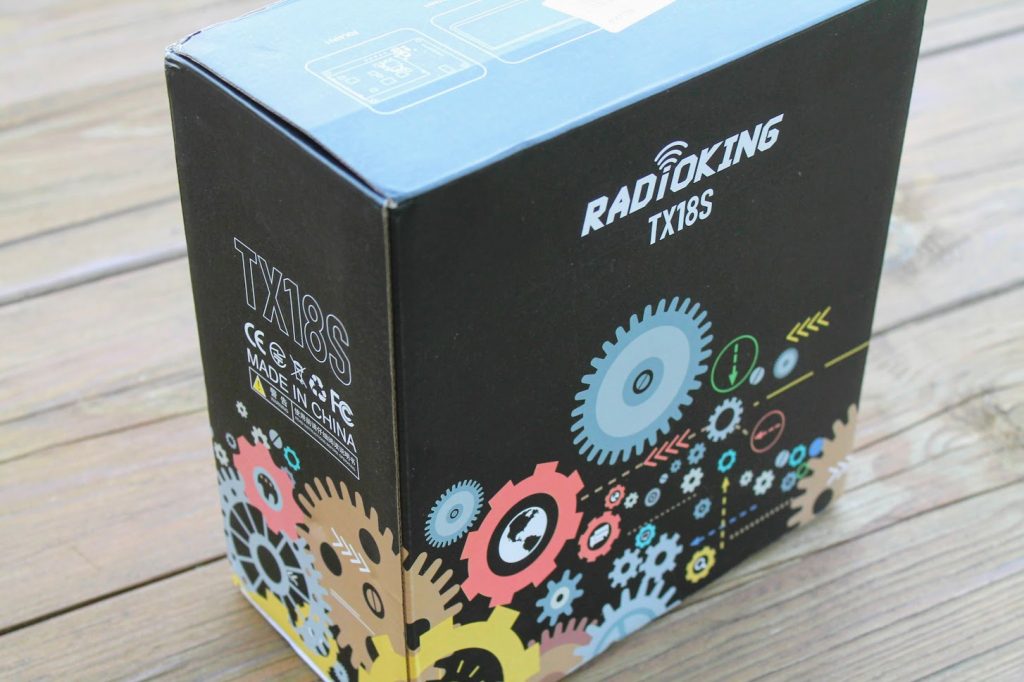 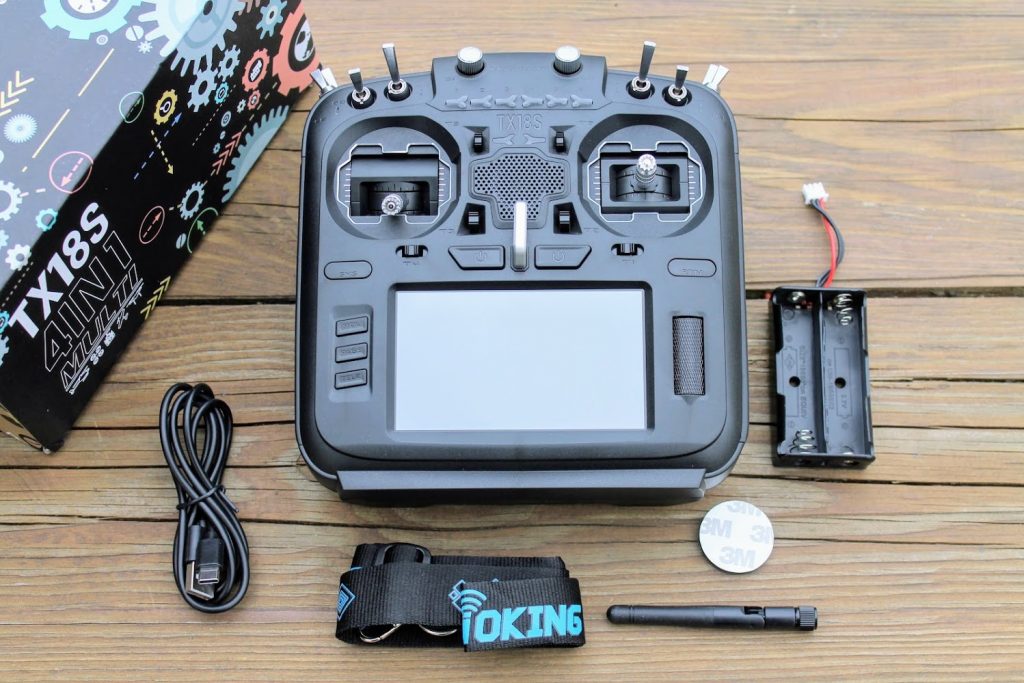 Radioking TX18S design is a mix of the Jumper T18 with some details from Radiomaster TX16S. The hall effect gimbals and the CNC gimbal plates are exact match of the Jumper T18,  6 mode led illuminated buttons resemble chicken feet. 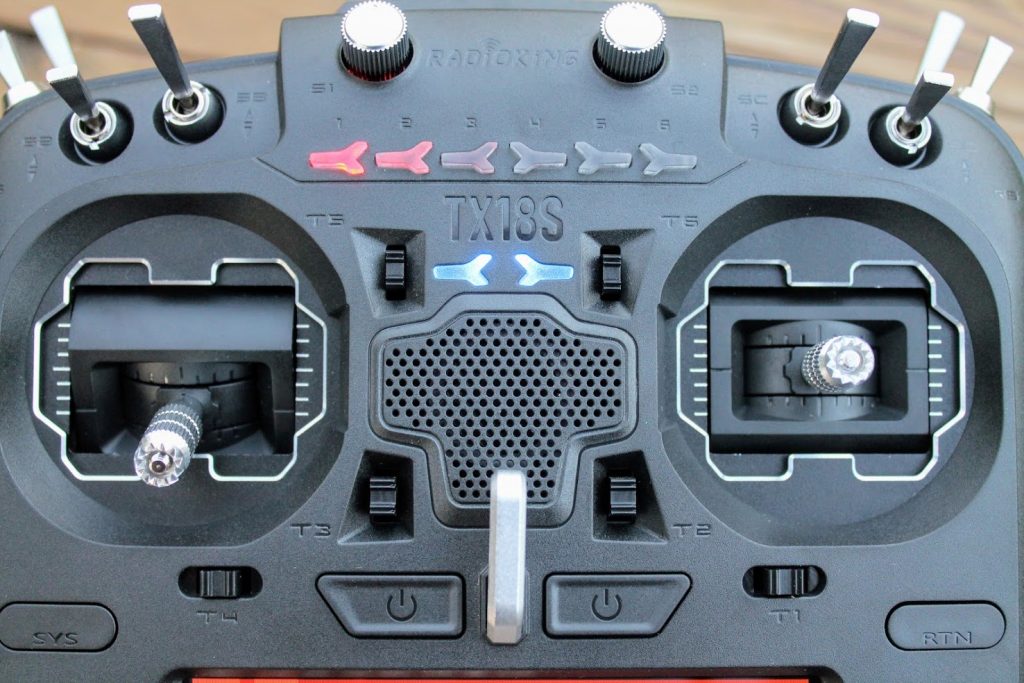 The speaker grid and the trim button looks the same as in Jumper T18.

The navigation scroll wheel is made of metal, just like in the Radiomaster TX16S radio. However mine radio came with loose scroll wheel. It rattles while shaking the radio and the navigation is difficult. 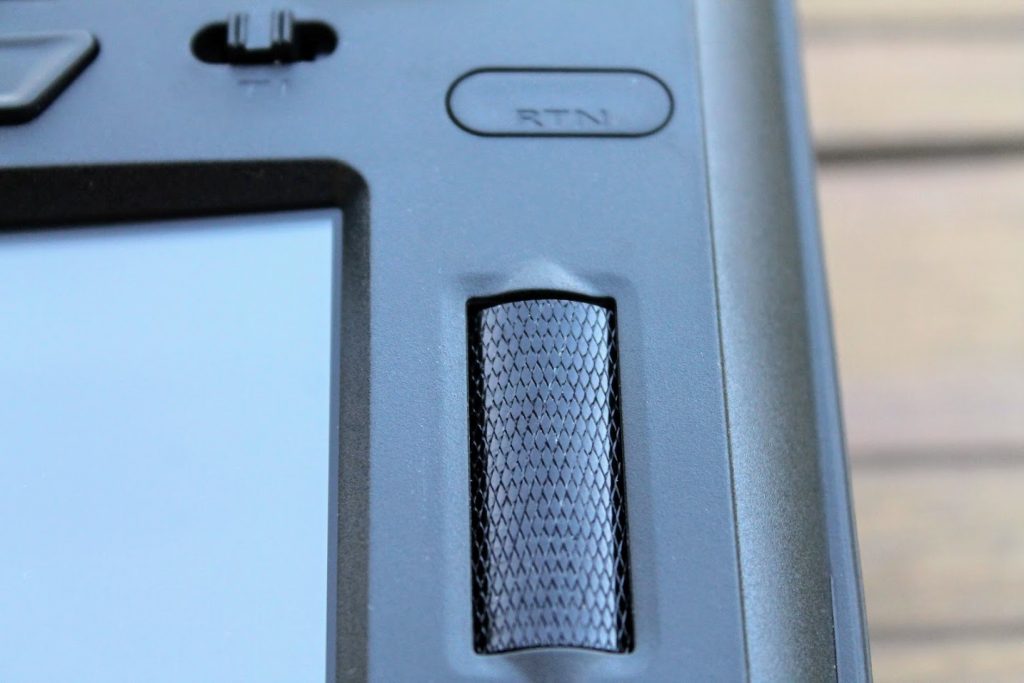 On the left side if the screen there are three control buttons. These look the same as on Jumper T18. 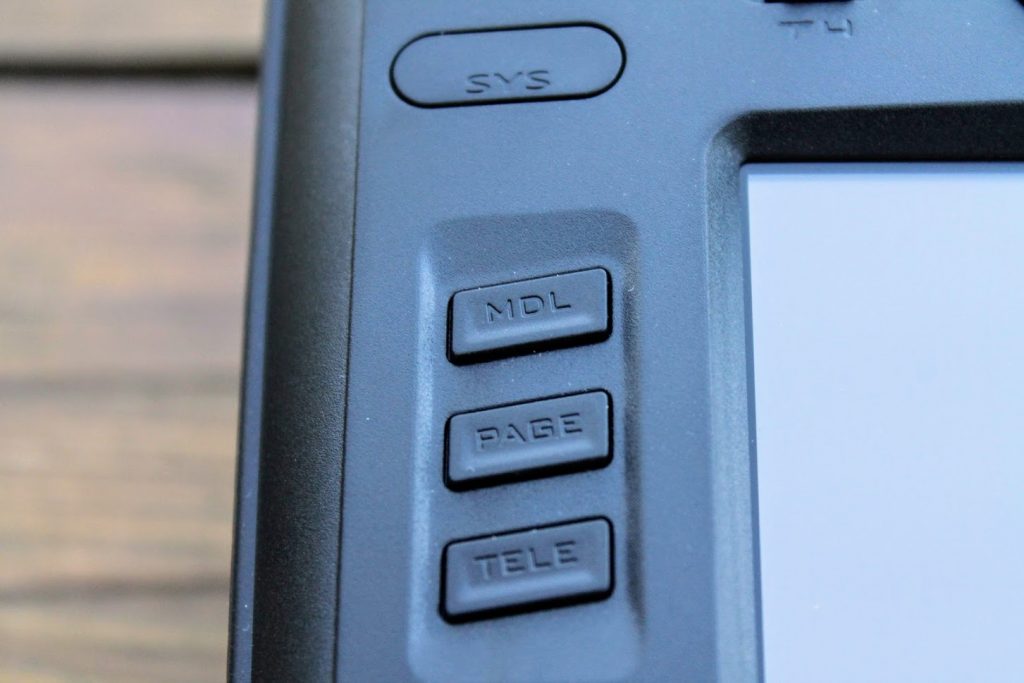 Radioking TX18S has heck strap hook with three holes for balancing the the radio with different batteries or external modules installed. 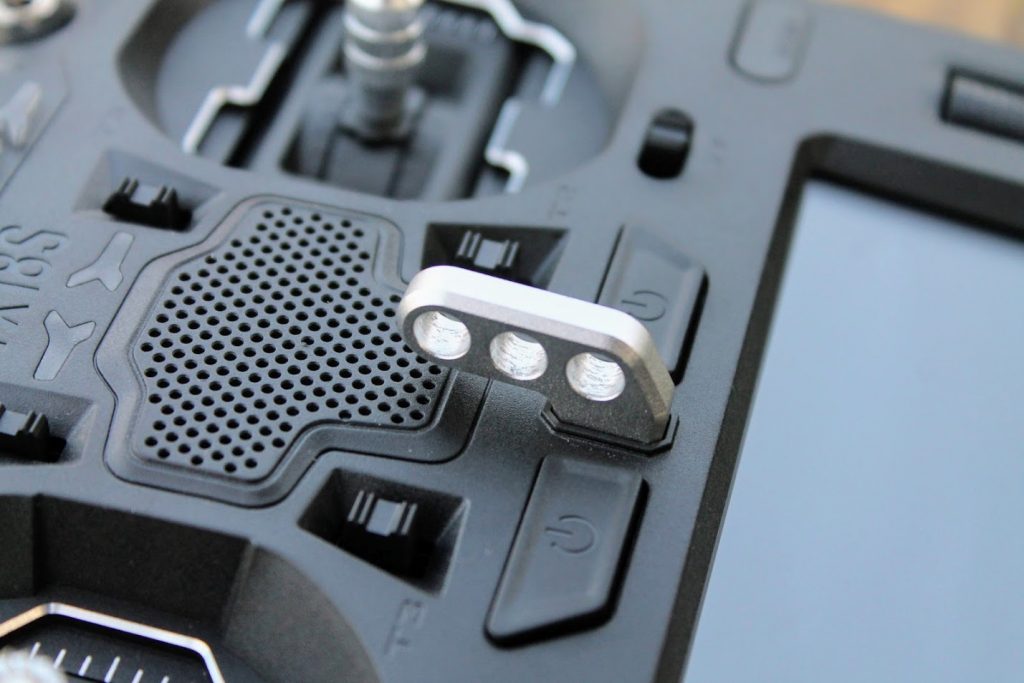 Radioking TX18S has two power buttons. If you press both of them simultaneously, radio will power off instantly. I wish the same method worked for powering on the radio. 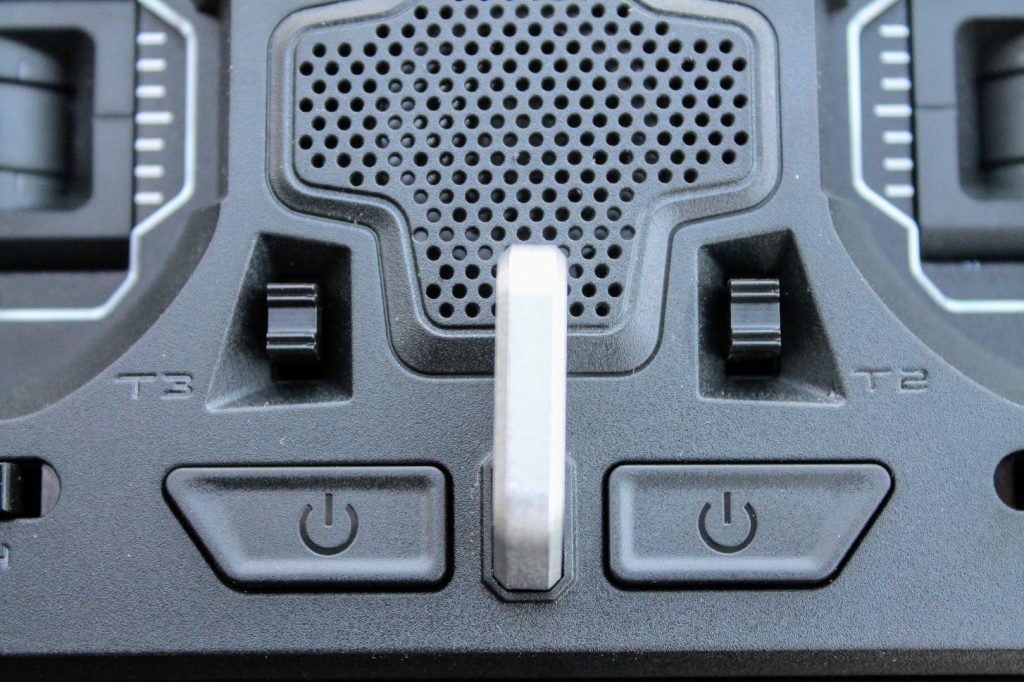 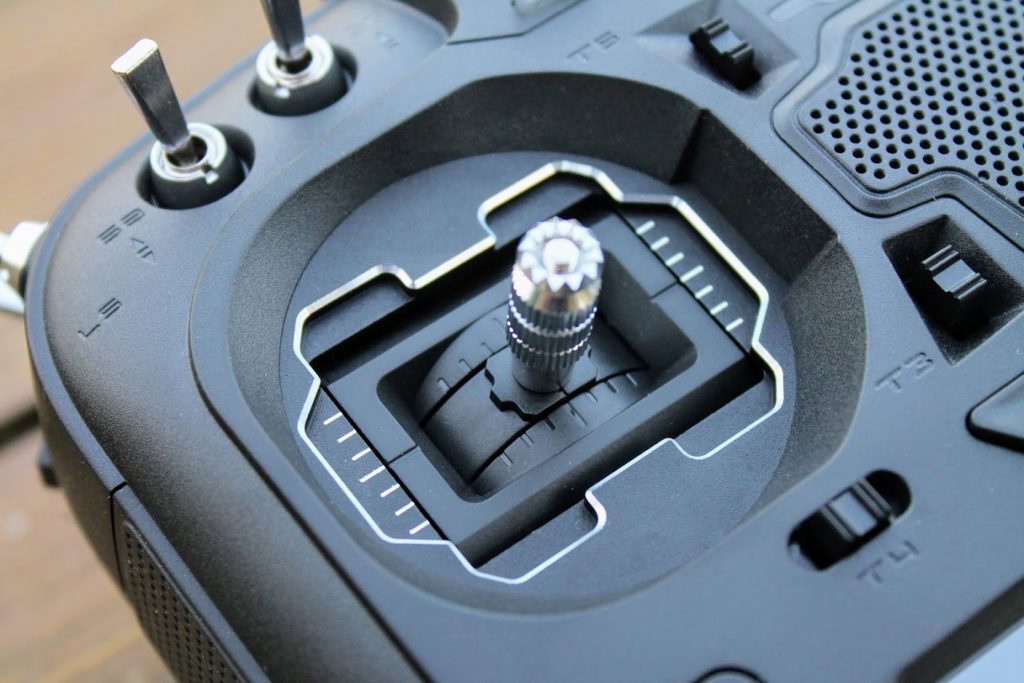 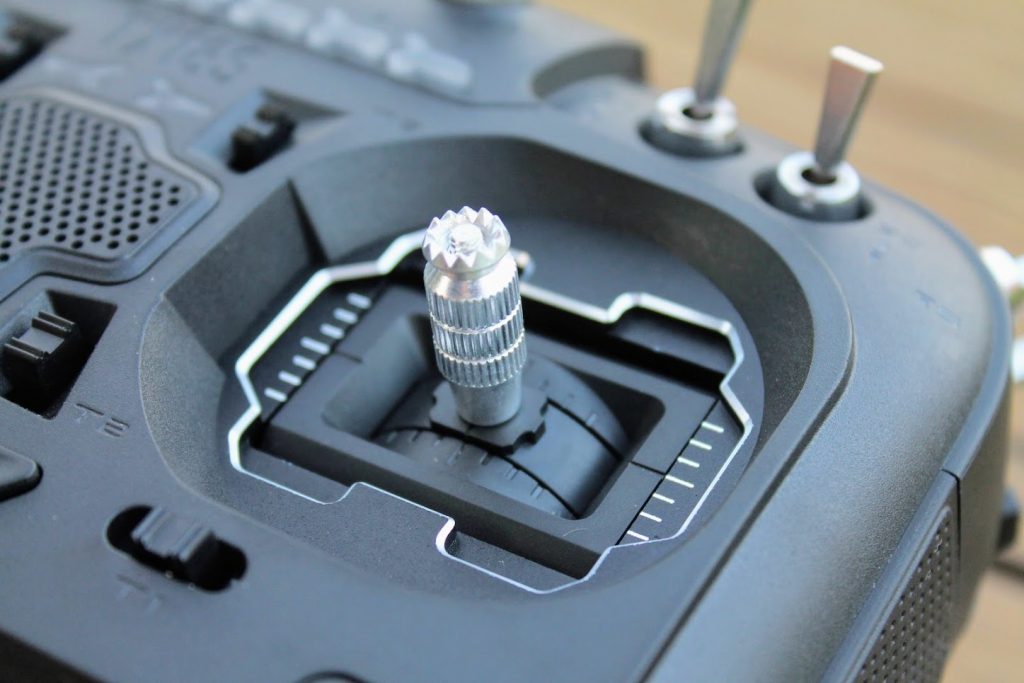 The number and the layout of the top and front switches are the same on all the radios of this lineup: Jumper T16, T18, Radiomaster TX16S and this Radioking TX18S radios. 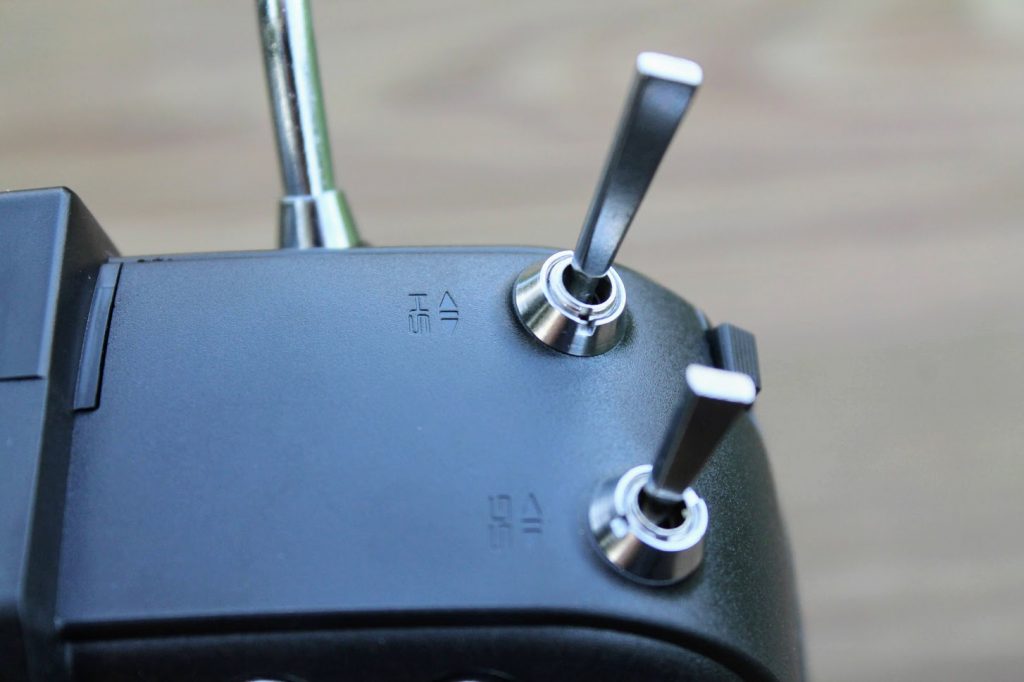 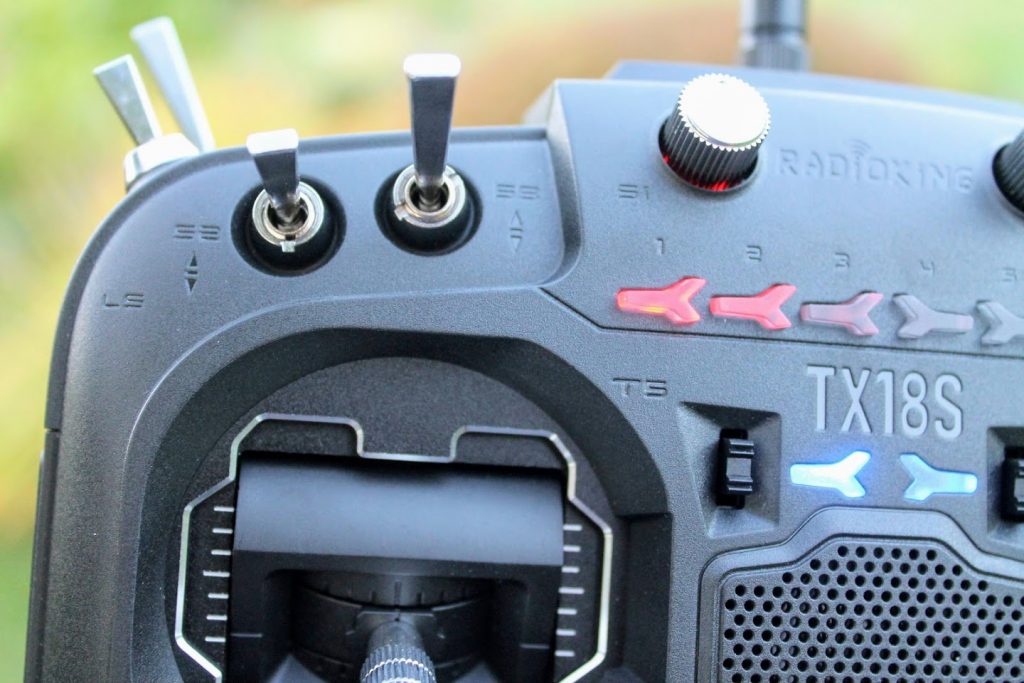 There are two sliders on the sides of the radio. 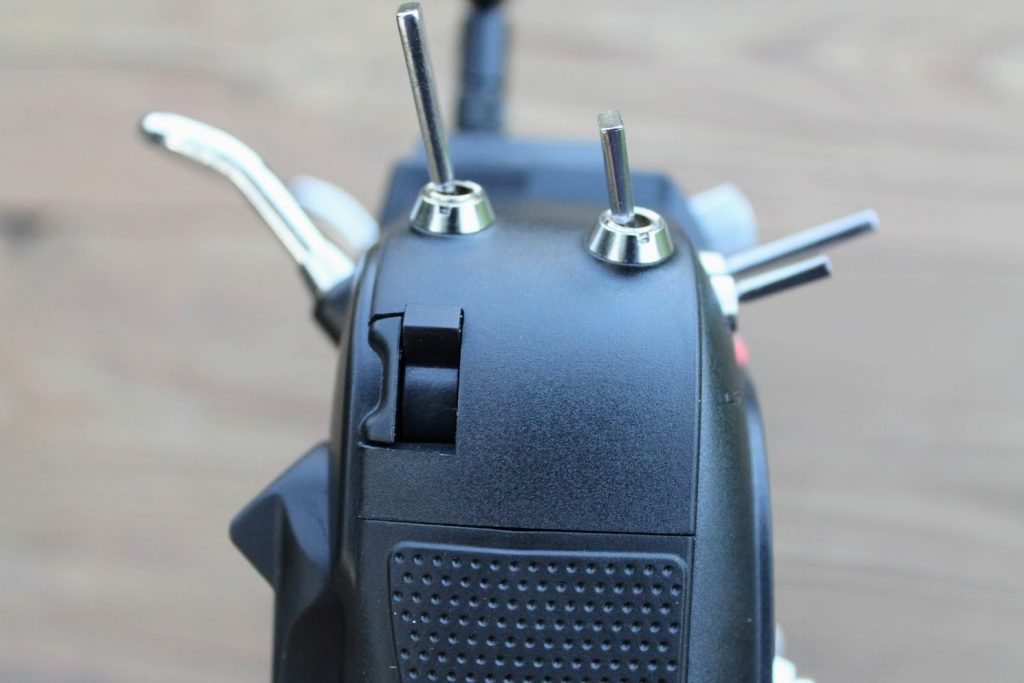 On the top of the radio you can find the SMA female antenna connector, USB-C port for charging internal battery and connecting to the PC. Also the 3.5mm jack for connecting the other radio for trainer function. 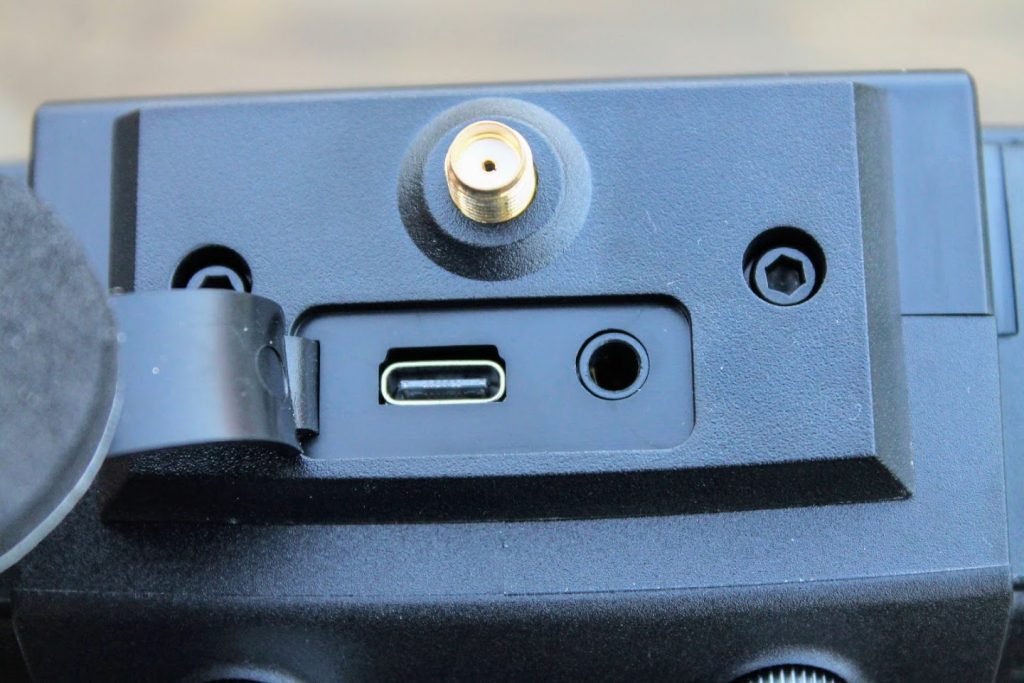 The back of the radio. 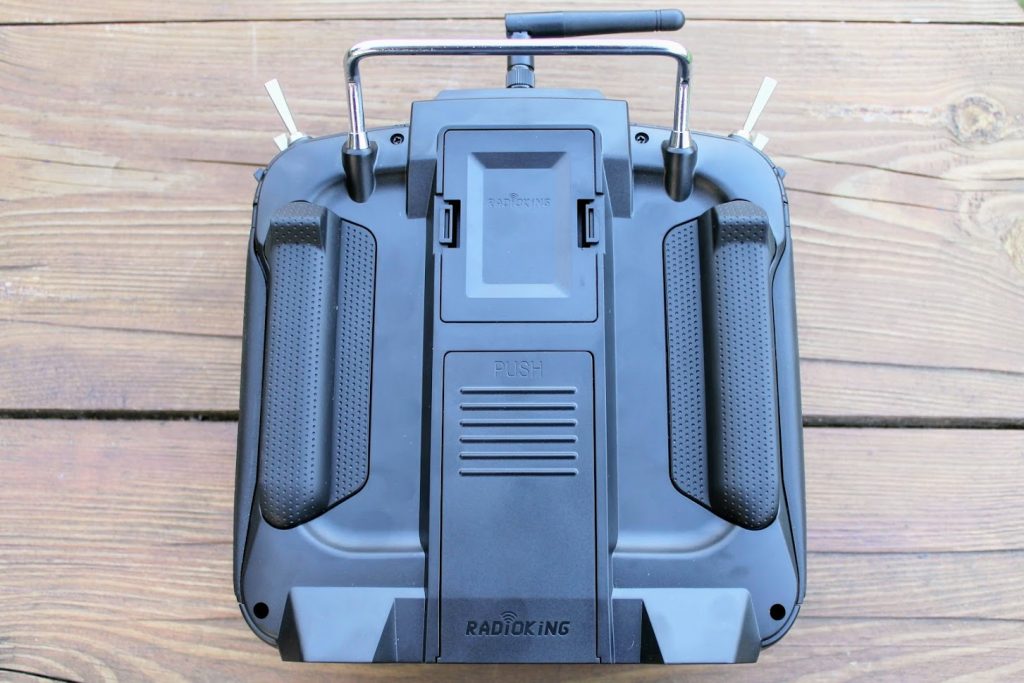 Radioking TX18S has the same shape rubber grips as the Radiomaster TX16S. However I find Radioking‘s grips more “grippy”. 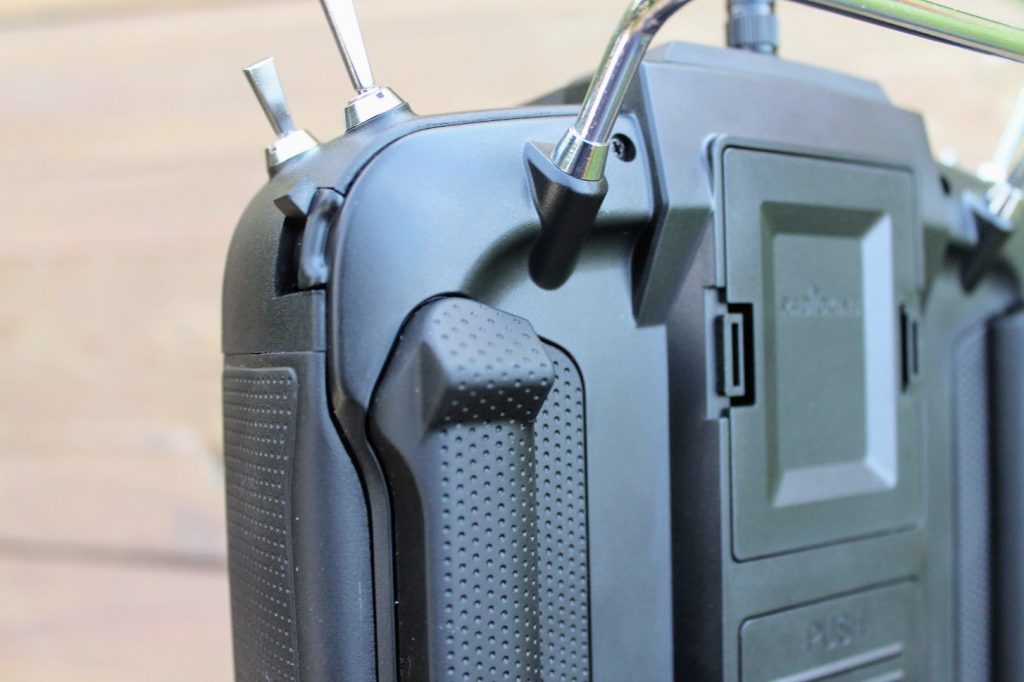 Rubber grips can be easily removed to access the screws that hold the case halves. 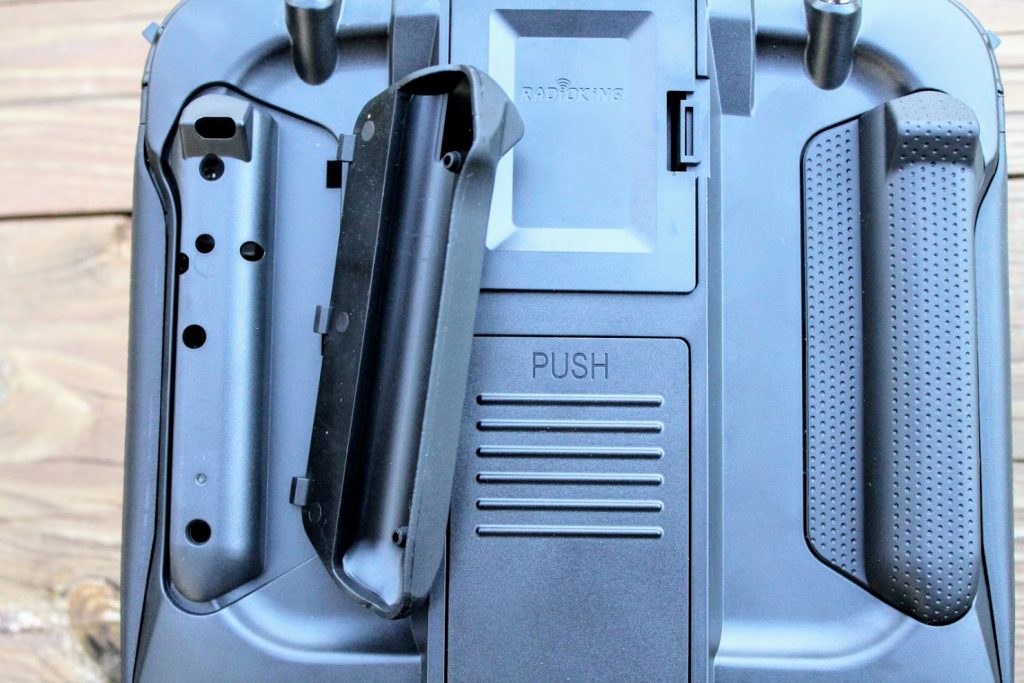 JR module bay and battery bay with the covers opened. 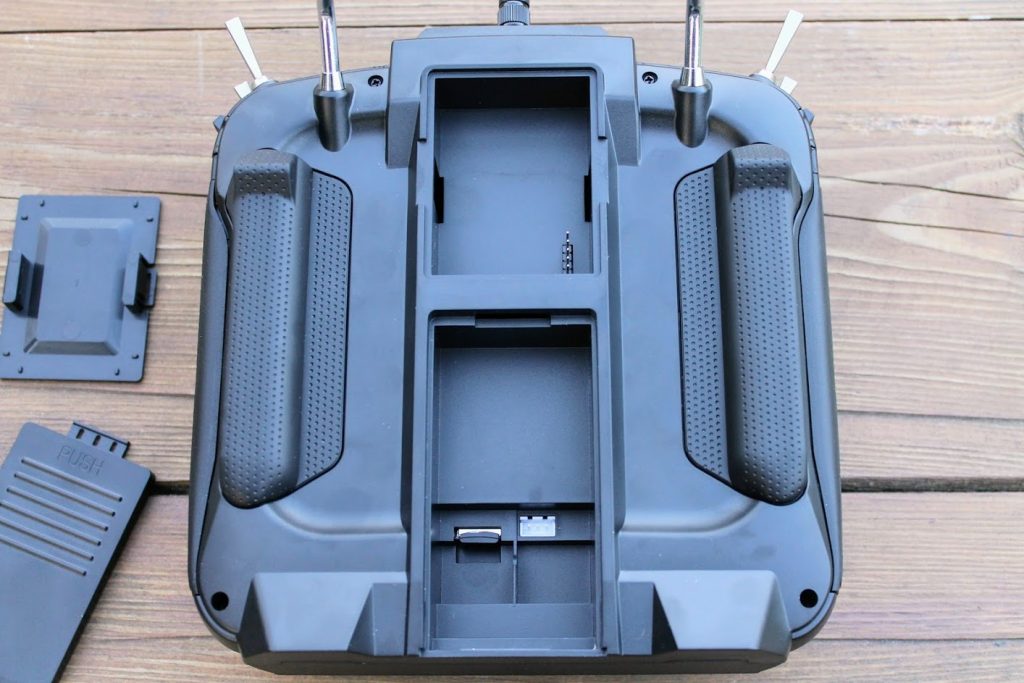 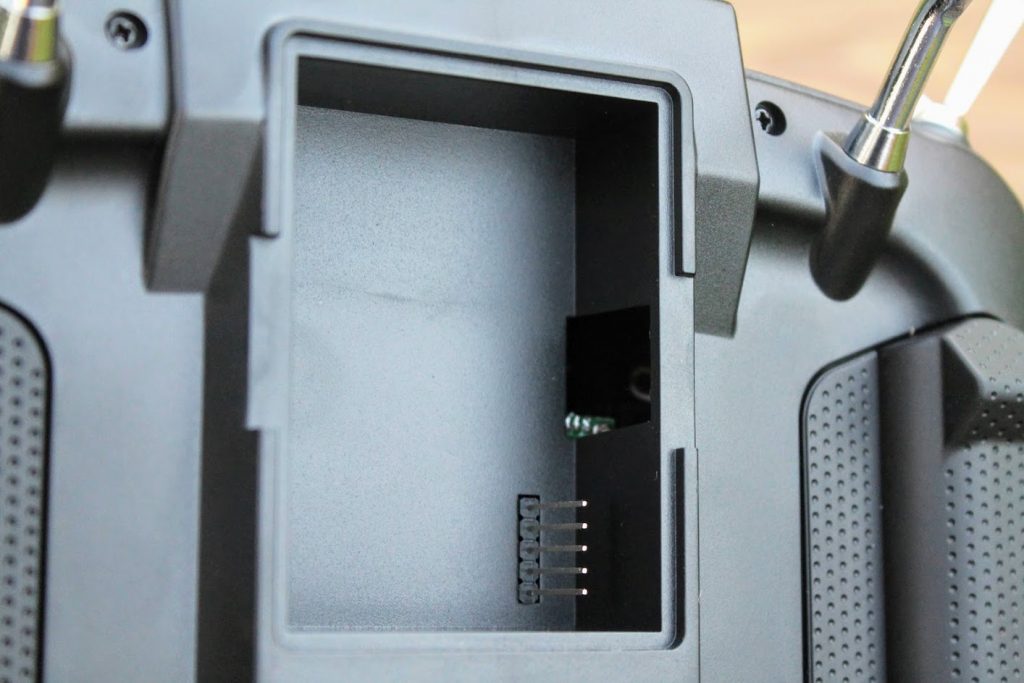 In the battery bay you can find the 512MB micro SD card installed and the socket for connecting the 2S Lipo battery balance cable or the supplied Li-On battery holder. 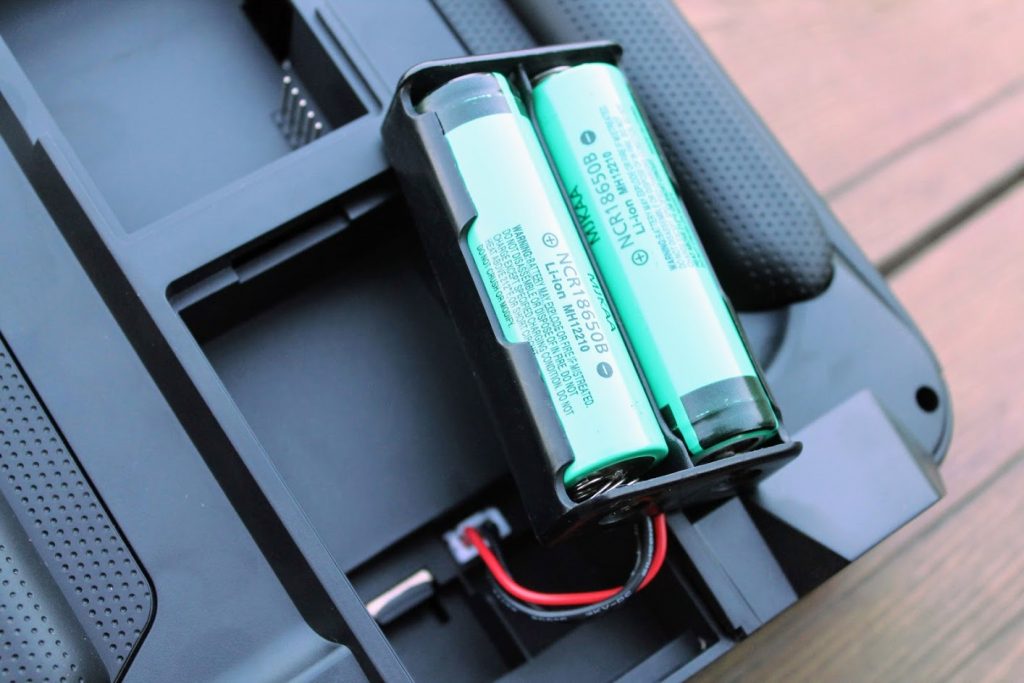 21700 sized li-on cells also fit this bay, but you have to solder the balance cable to them by yourself or try to get the Jumper 21700 battery holder for Jumper T18 radio (May be not available yet at the moment). 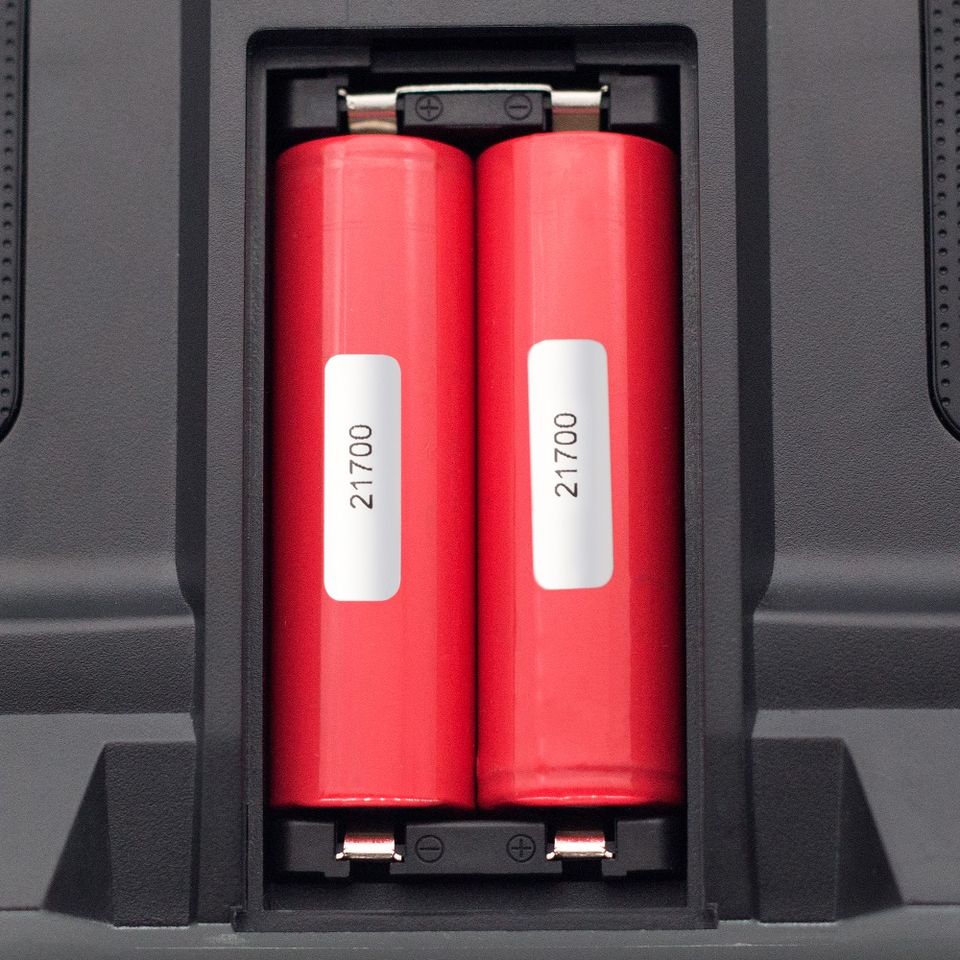 The supplied adhesive foam spacer can be attached to the battery bay lid to secure the Li-on or Lipo batteries in the bay. Otherwise the battery will be left loos and will rattle in the bay. 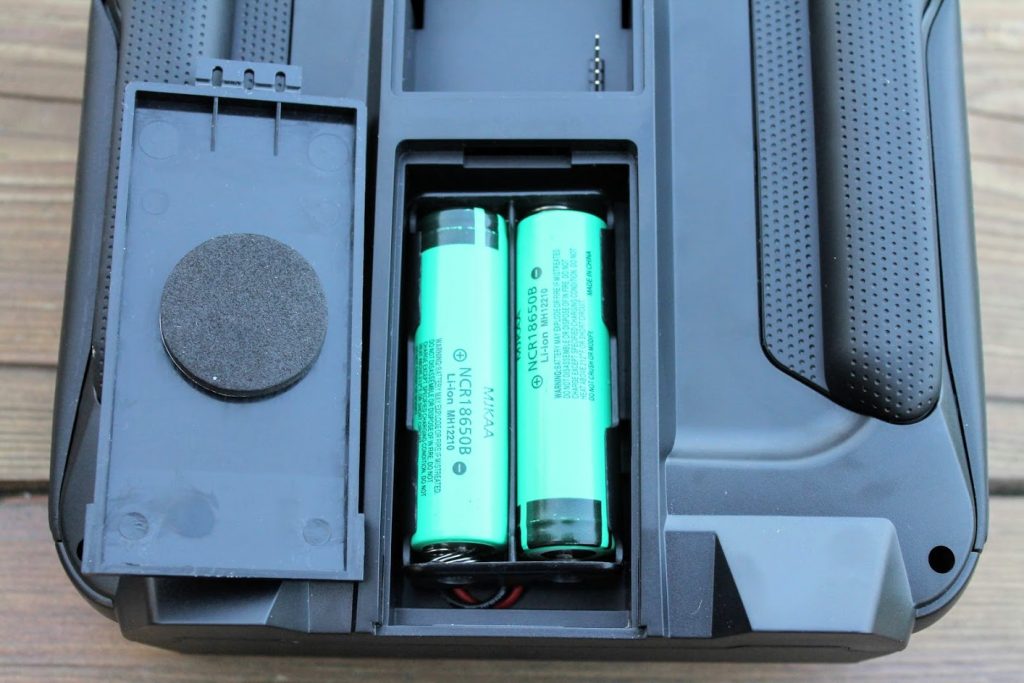 The bottom of the Radioking TX18S radio is flat, no more ports or connectors are present. 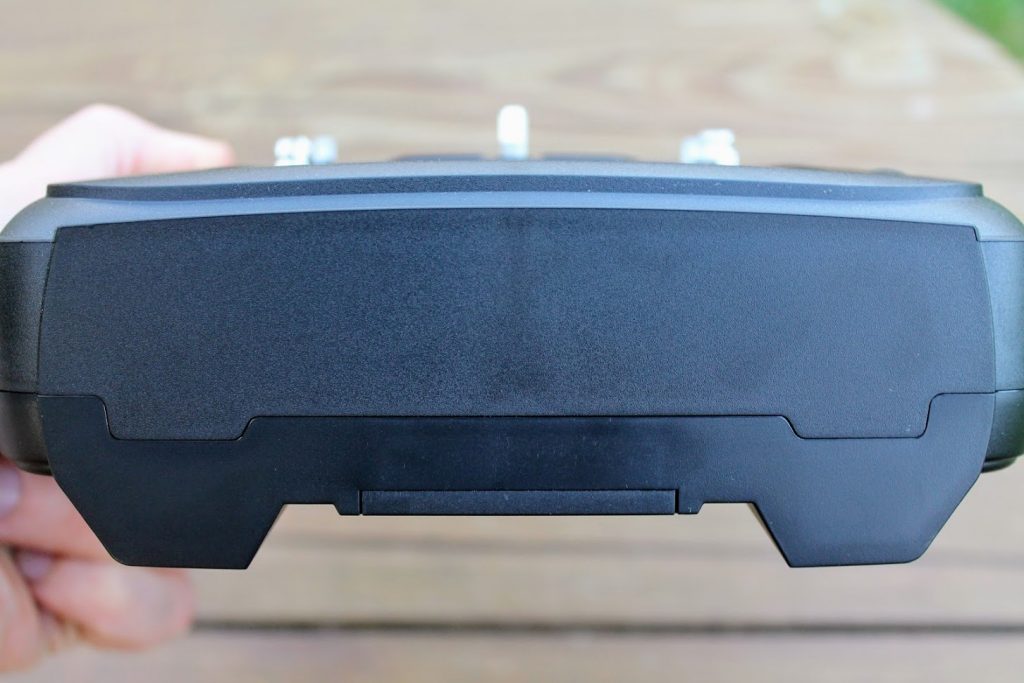 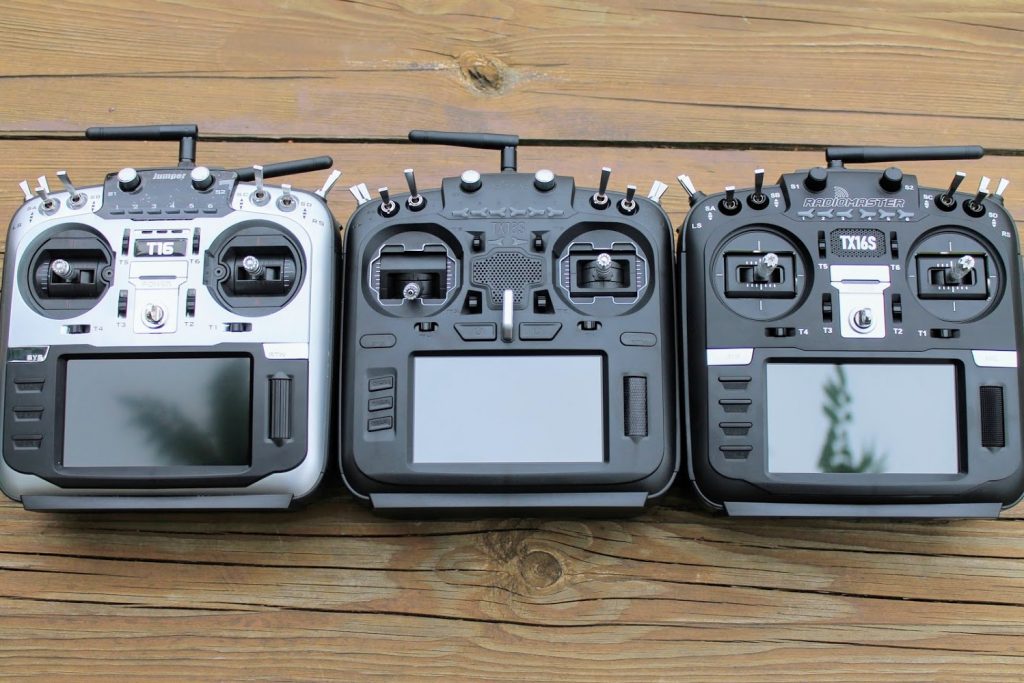 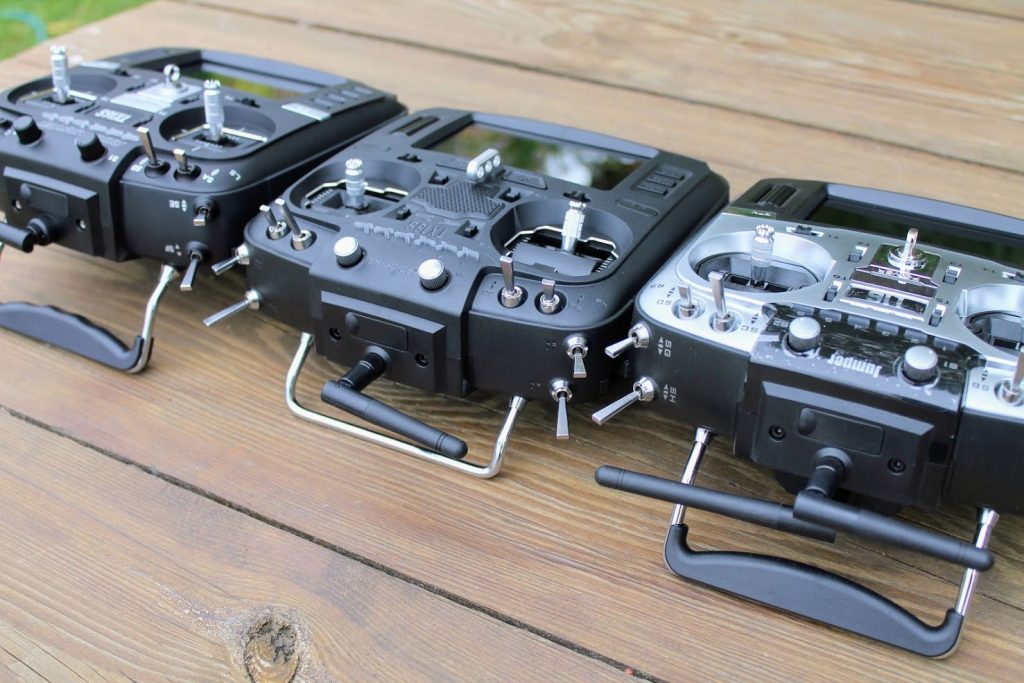 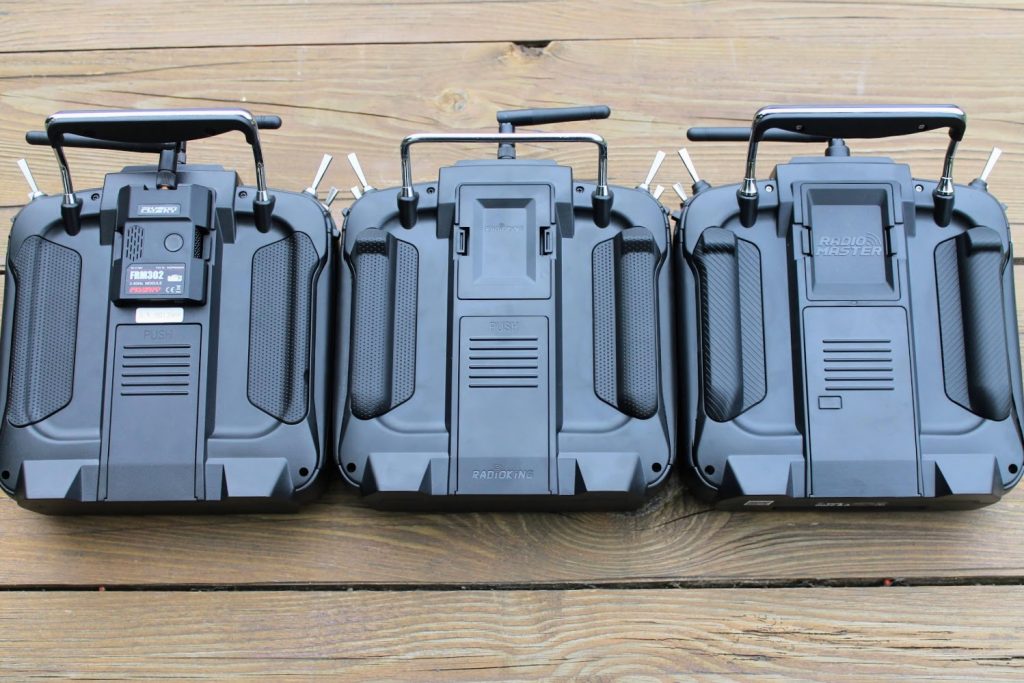 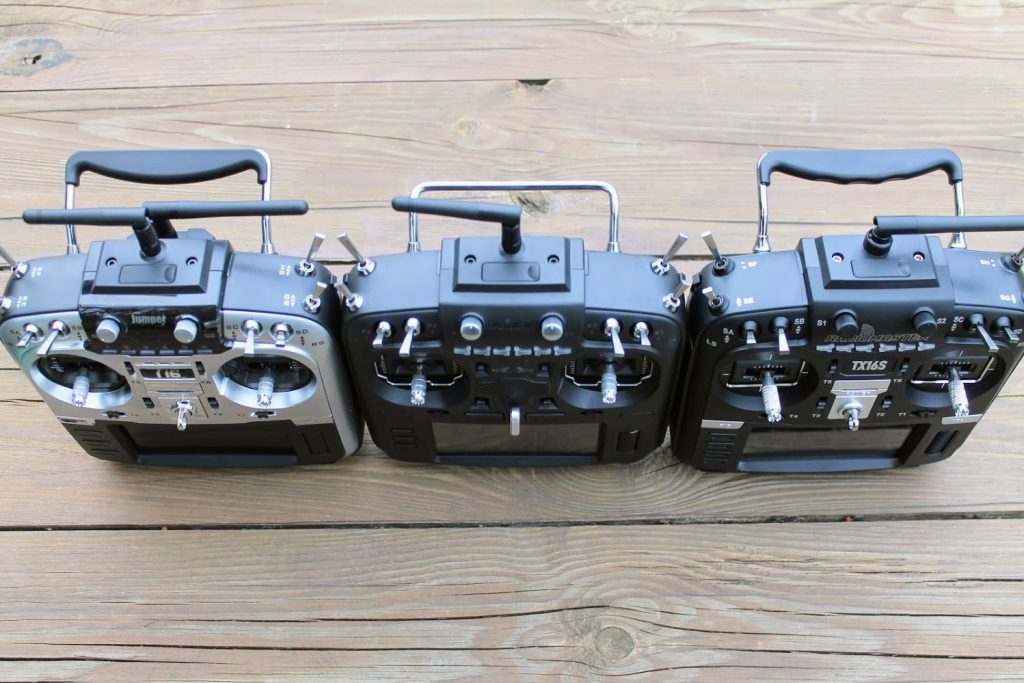 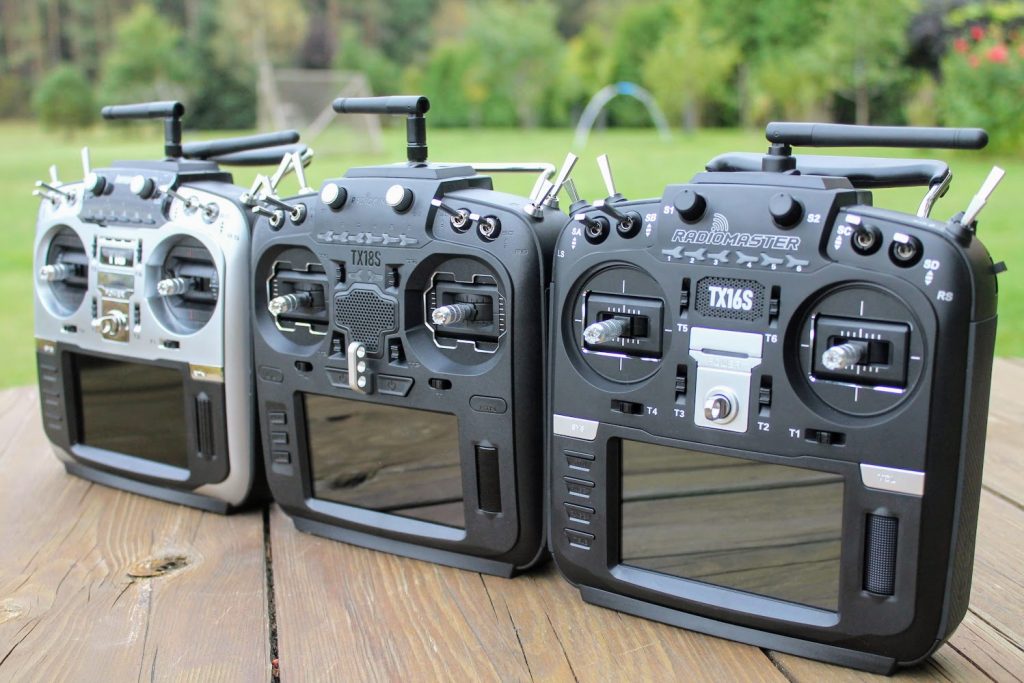 Yes, this 4.3 inch IPS 480×272 LCD screen has touch panel. Touch panel is capacitive type (as used in all modern electronics such as smartphones).  You can check if the touch panel is working in the analogs test page. There are rumors that support for touch screen will be available in OpenTX version 2.4.

Radioking TX18S is shipped with custom OpenTX vers 2.3.10 TX18S firmware. This is the unofficial release version at the moment. It is unknown if the Radioking TX18S will be supported by the OpenTX developers. But looking back the same situation was with Jumper T12/T16 radios. At first OpenTX devs even refused to support the radio, but as it gained the popularity and time passed they changed their mind and now these radios and Radiomaster TX16S are fully supported in OpenTX.

While the design and the look of the radio is nice (remember it is a mix of the two radios), Radioking TX18S has some annoying rattling sound of the buttons and the scroll wheel if you shake the radio in your hands. This is typical issue with the cheaper radios and I was disappointed to find this issue in Radioking TX18S. Radiomaster TX16S and Jumper T16 does not have this.

Mine Radioking TX18S radio cam with the loose scroll wheel. Probably someone forgot to screw the scroll wheel properly.

I will have to disassemble it to look how I can fix these issues. Hopefully I will be able to.

Radioking is a new company without any known background. We don’t know good or how bad the support of this company will be. I have written an email to the Radioking support mailbox, but haven’t received any reply yet. We don’t know if this radio will be supported in the OpenTX. Time will tell. The similar situation in the beginning was also with the Jumper radios. 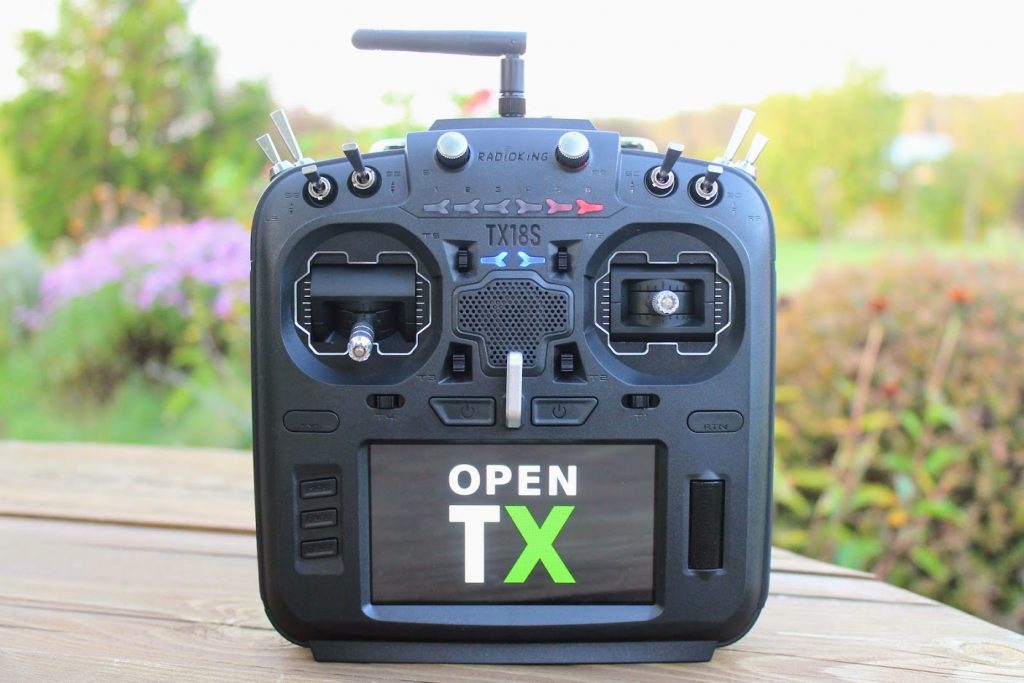 Bottom line: Radioking TX18S is a bit cheaper mix of the Jumper T18 and Radiomaster TX18S radios. Rattling buttons and scroll wheel is the biggest issue with this radio.

Disclaimer: This item was supplied by Makerfire for a fair and unbiased review. Makerfire never asked for a positive review and never influenced my opinion in any way. I’m trying my best to stay uninfluenced and give only my own opinion. All affiliate links, if there are any, help me purchase items for future reviews.