All flight controllers, that run Betaflight, Emufligh, Cleanflight or other flight software, are based on the STM32 type microcontroller or MCU (also can be called as “processor“). STM32 is a family of 32-bit microcontroller integrated circuits by STMicroelectronics. The STM32 family consists of series of microcontrollers: H7, F7, F4, G4, F3, F2, F1, F0,... Internally, each microcontroller consists of the processor core, static RAM, flash memory, debugging interface, and various peripherals. It is the main processing device of the flight controller. It runs the dedicated program called firmware (e.g. Betaflight) and controls the quad by sensing an measuring the environment by the help of external sensing devices – gyroscopes, accelerometers, compasses, barometers and GPS.

The main differences between the STM32 microcontroller series are: internal architecture, clock speed, internal flash size, number of interfaces for peripherals and other. 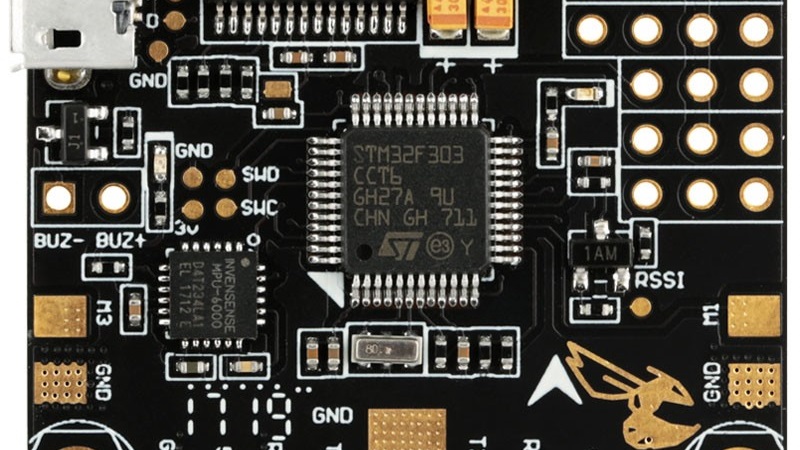 F3 series of the MCU were released in 2012. They have up to 72MHz core speed and up to 256 Kb general flash size. The F3 is almost pin-to-pin compatible with the STM32 F1-series. Higher clock speed allows to run 2x higher loop times than earlier generation of F1 microcontrollers, up to 8KHz. F3 microcontrollers have 3 serial ports for peripherals.

F4 series of the MCU were released in 2011. So the F4 MCU in fact was released before the F3. They have marginally faster clock speeds, that enable to run up to 32KHz loop times. Most popular F4 MCU are STM32F405RGT6 with 168Mhz and STM32F411CCU6 with 100MHz clock speed, but with reduced footprint size for smaller boards.

STM32 G4 series MCU is released first in 2019. G4 is featured with extensive analog signal processing and rich advanced analog peripherals, has up to 512Kb of flash and up to 128Kb RAM memory, runs on up to 170MHz speeds. G4 provides better power efficiency and performance compared to the older F3/F4 series. G4 has 5 hardware UARTS. 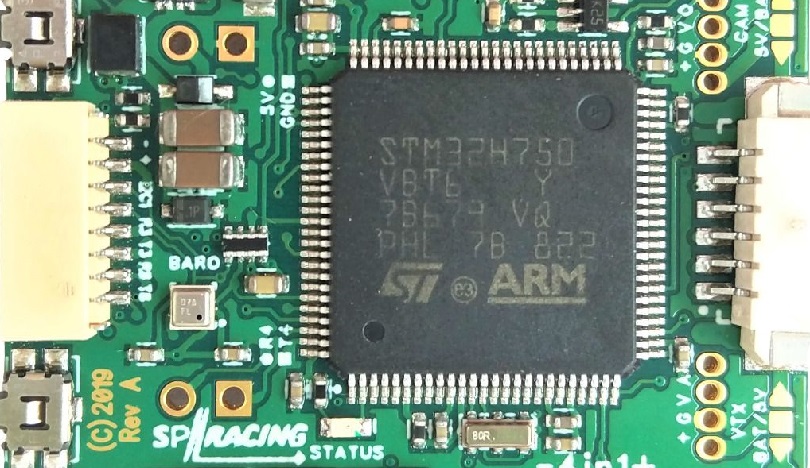 H7 is the newest MCU, released in 2017. It was designed as faster and more cost effective alternative to F7 series. Clock speed was almost doubled up to 400MHz. thanks to improved semiconductor manufacturing process from 90nm down to 40nm. This also reduces power consumption. H7 series are cheaper than F7 series, due to reduced internal flash size (using cheap external memory instead).