Jumper has released their newest radio Jumper T18. The radio is based on Jumper T16 Hall V2 version with a number of the improvements. 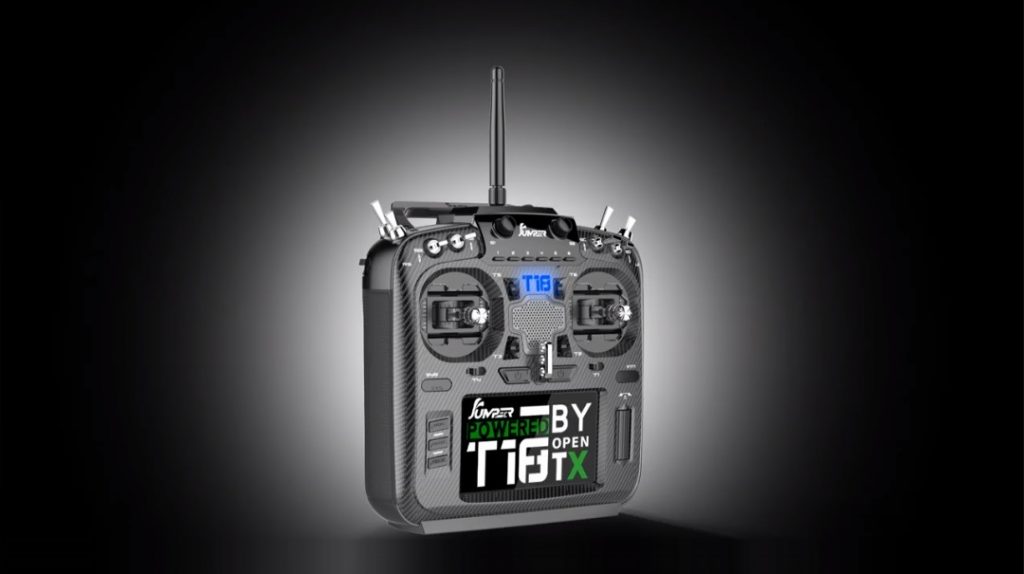 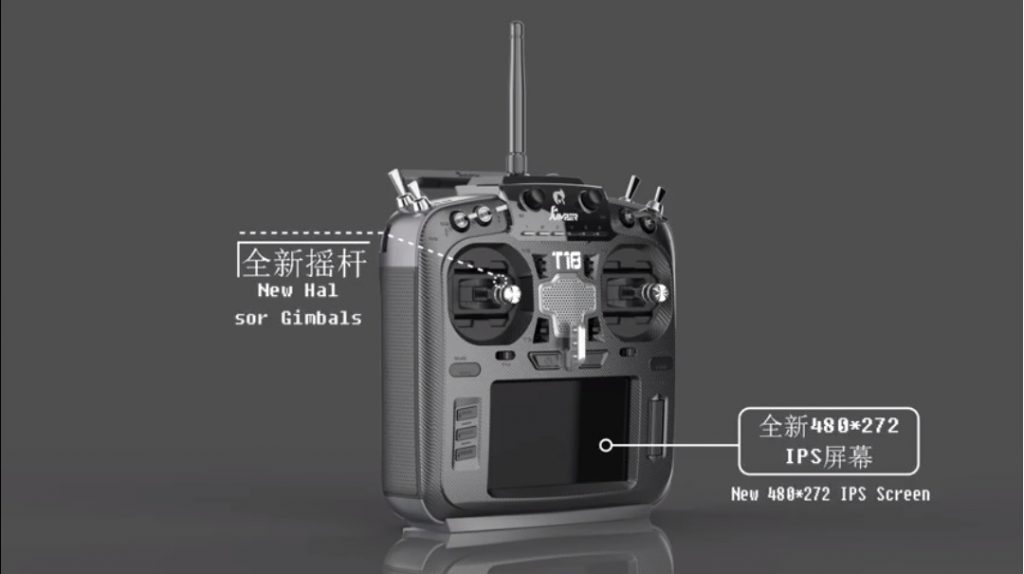 New radio transmitter has carbon fiber style faceplace. Have in mind that it is not the true carbon fiber, just the carbon pattern colored plastic. 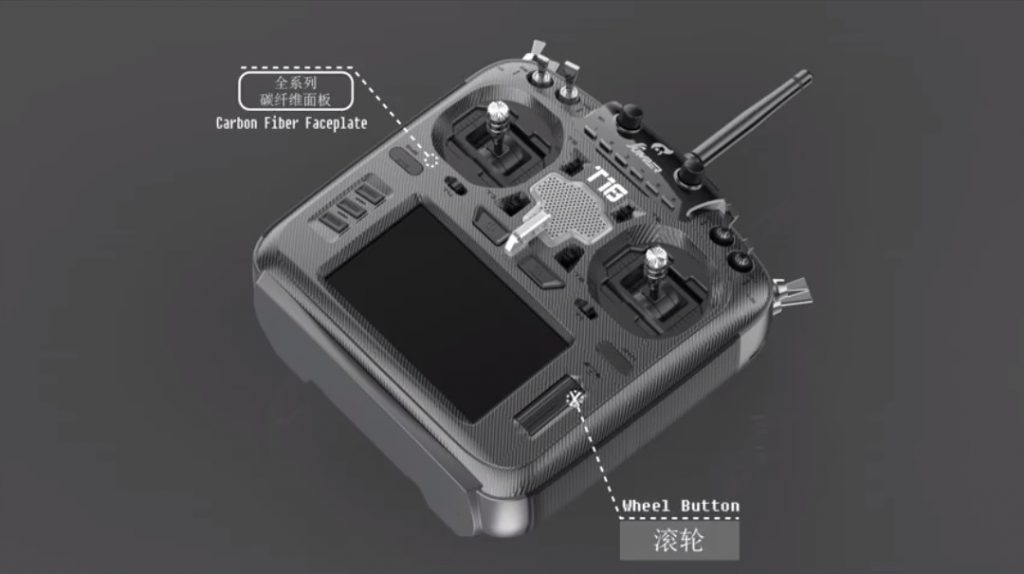 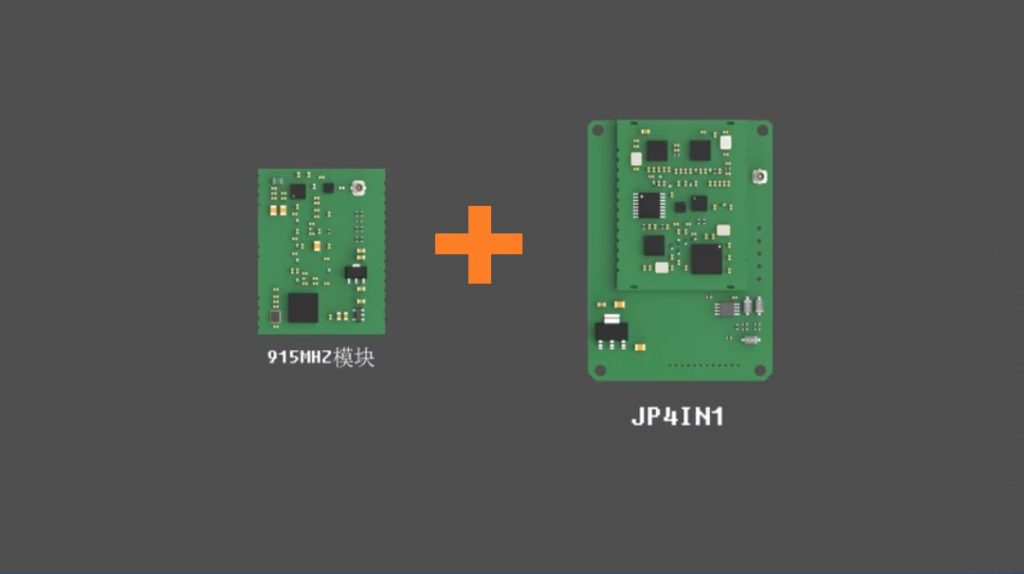 Jumper T18 has Touch Screen interface “reserved” for future touch screen user interface in the OpenTX firmware. “Reserved” means touch screen is absent, but can be installed in the future as optional add on. It must be purchased additionally. 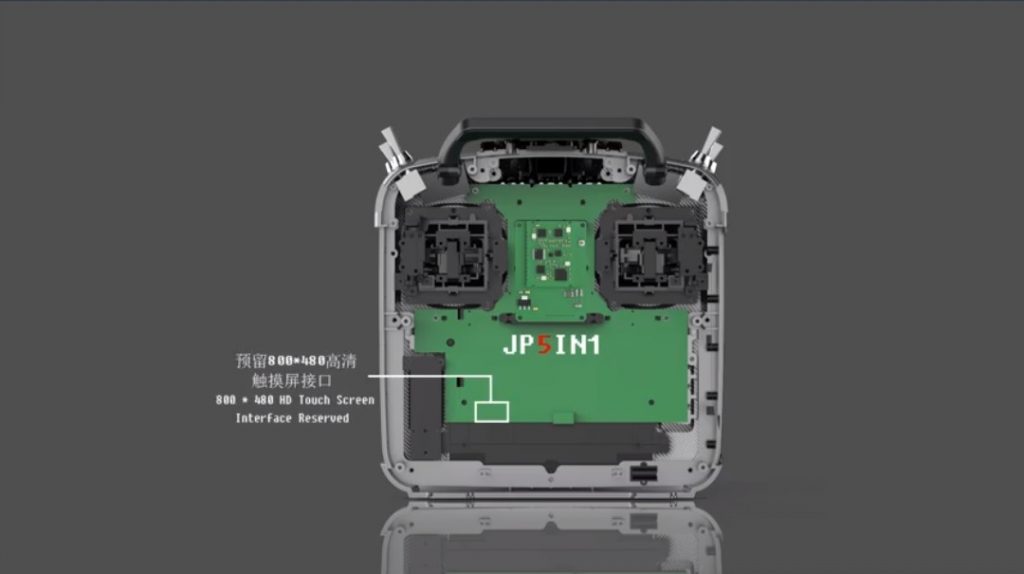 Jumper T18 has new adjustable LED back lights. They illuminate the switches and pots labels.

Another questionably useful feature is pushing two power buttons on T18 radio simultaneously can turn off the radio very quickly. It doesn’t make sense to me as I’d like to avoid accidentally turning off the radio, but I would appreciate the fast turn ON feature.

There are 3 versions of the Jumper T18:

Jumper T18 Lite has no 868/915MHz module but has the Jumper JP4IN1 internal multiprotocol module, no backlight, no foldable handle and no carbon fiber style faceplate, but will be cheaper than T18 and T18 Pro.

Jumper T18 Pro has upgraded ALPS RDC90 sensors. This means the product naming has changed, and the Pro version got the analog gimbals. (but they are better quality than in Jumper T16 that had the ALPS RDC50 potentiometers)

Jumper T18 has simple wire connectors instead of the flat ribbon ones, that were causing problems for some users. Simple and reliable connection between the radio components means no more problems with switches or roller stop working.

Here are some pictures of the Jumper T18 inside (note the only ribbon cable is for LCD): 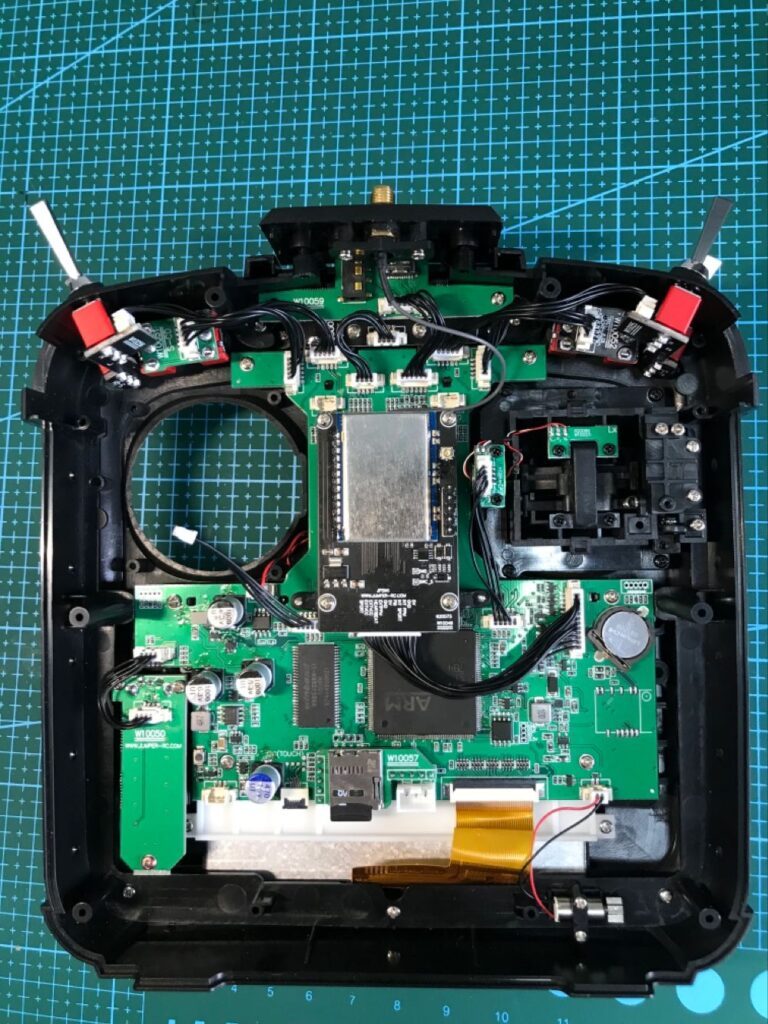 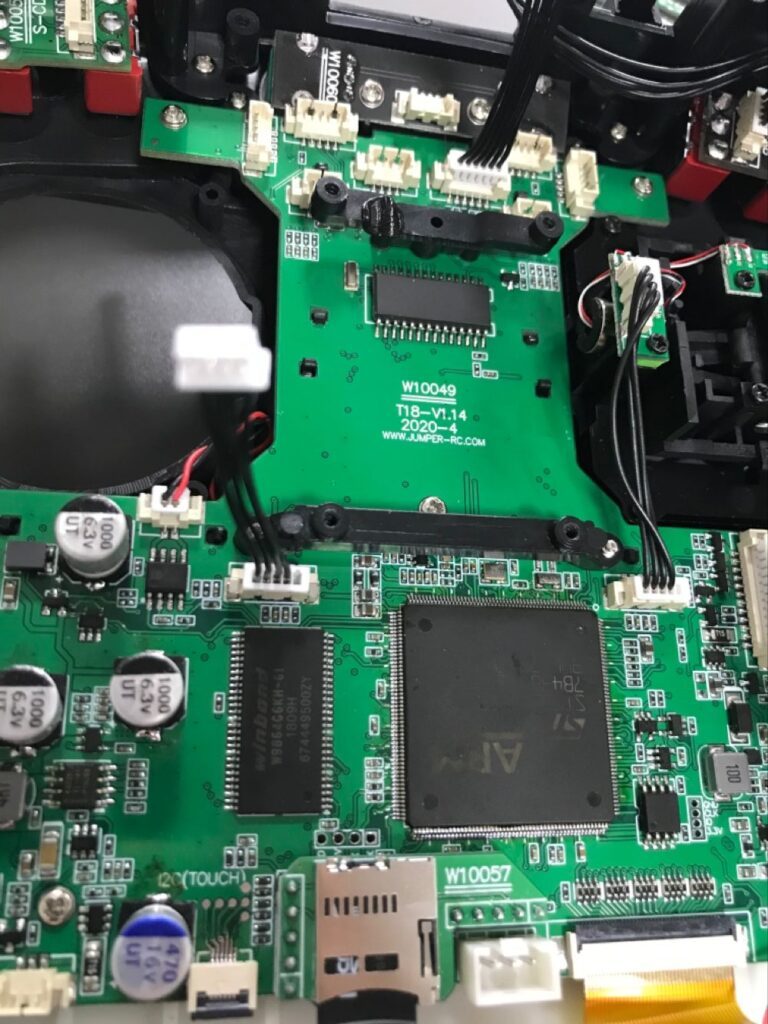 No SD Card issue and fix

Some early batch of the radios were shipped with some hardware flaw. The issue is: radio does not start and shows “No SDCard”. Jumper has released special version of the OpenTX firmware with the disabled SD Card check. Martin Haggas found that the issue is bad soldering job and the SD Card present pin is left unsoldered. 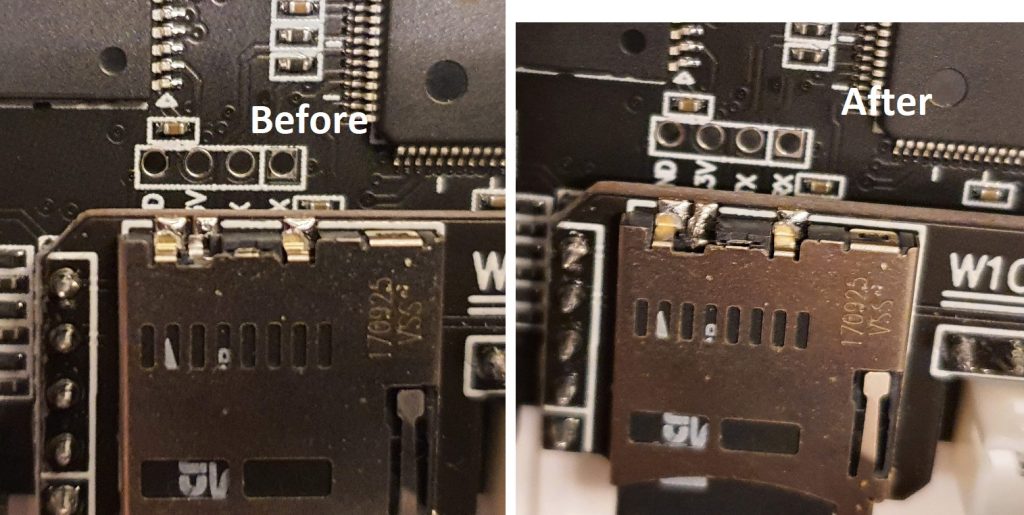