Flysky FS-iA8X is a single antenna bidirectional micro receiver using the AFHDS 2A (Second Generation Automatic Frequency Hopping Digital System) protocol. It can output up to 8 channels with PPM or iBUS signals. 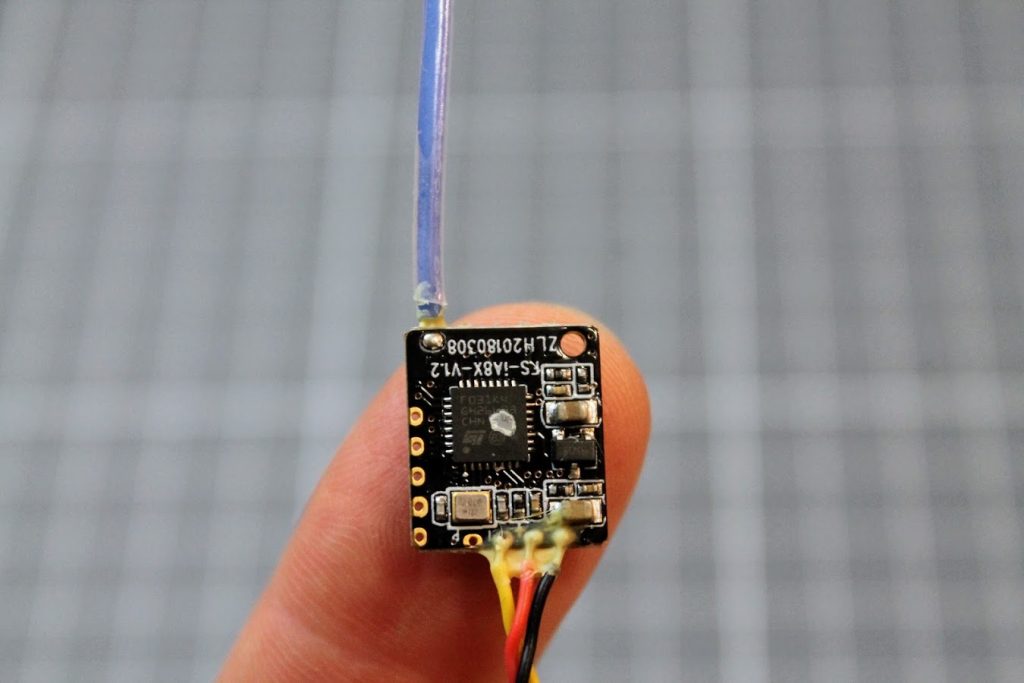 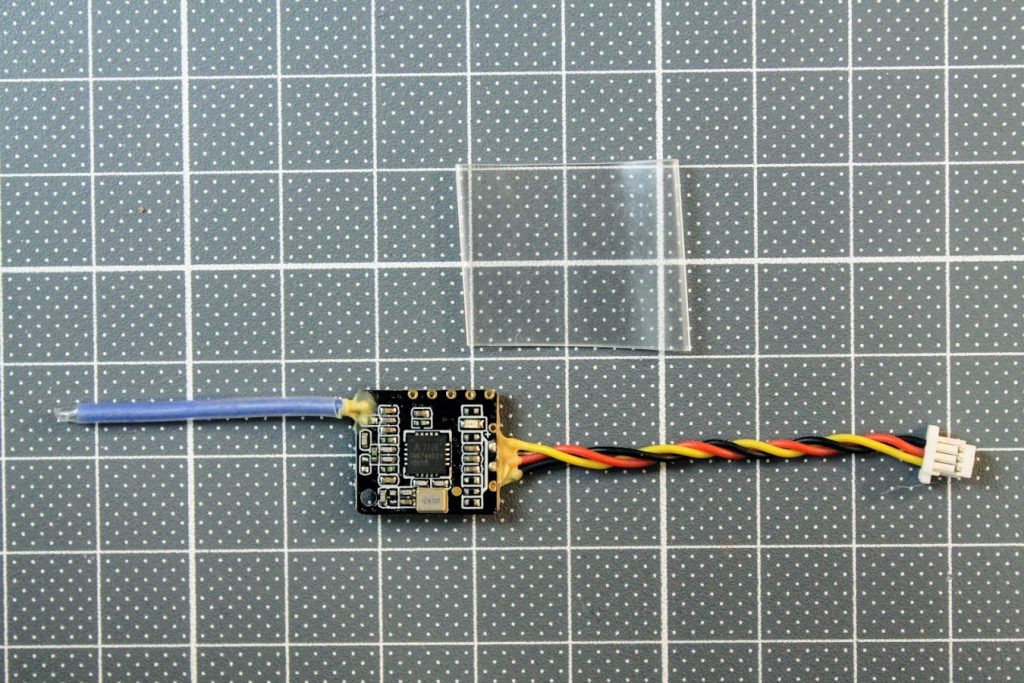 Receiver has simple wire antenna. Three silicone wires are presoldered to iBUS, + and GND. All wires and antenna are glued to the board. 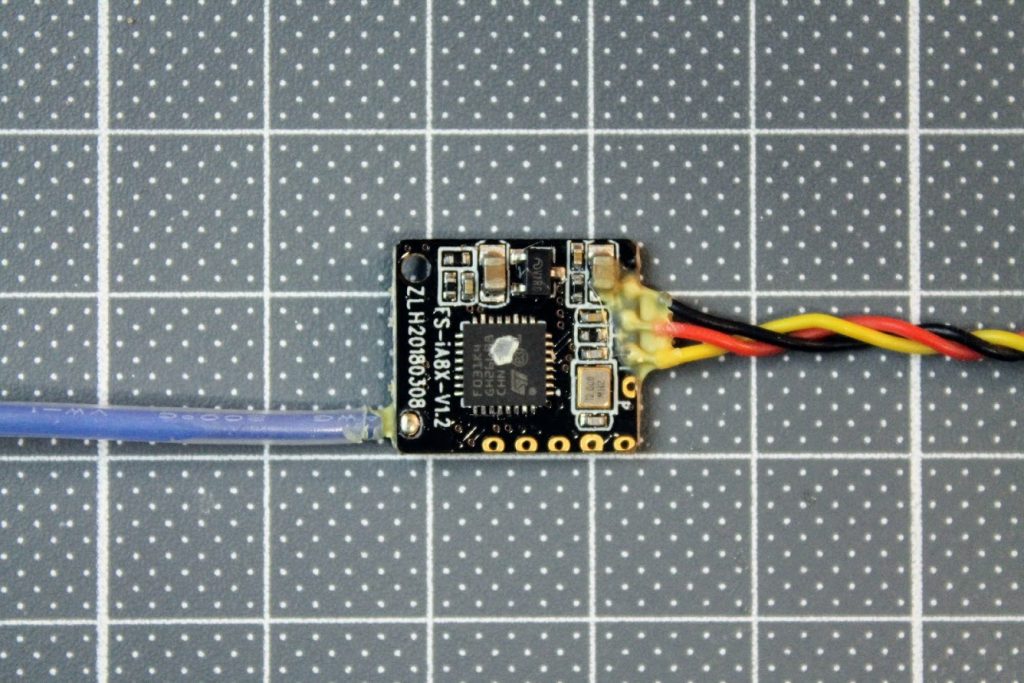 Receiver is based on A7106 chip, that is used in all new Flysky products. Receiver typical sensitivity is -95 dBm. 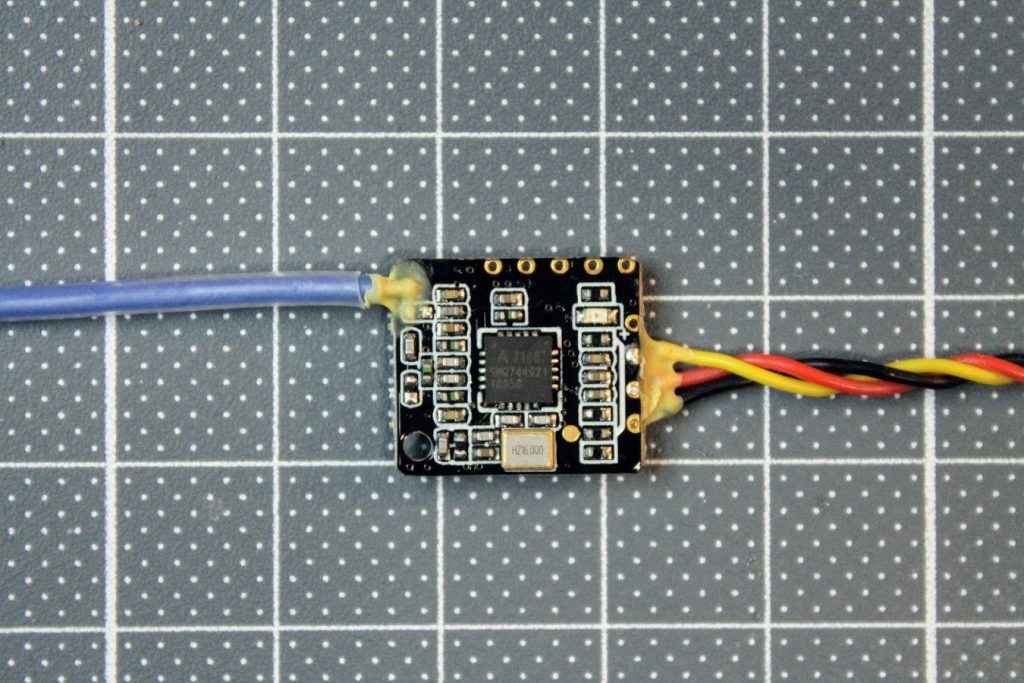 Receiver weight is about 1.1 grams. You can make it even lighter if you strip the 3 pin JST-SH connector, which is useless anyway. 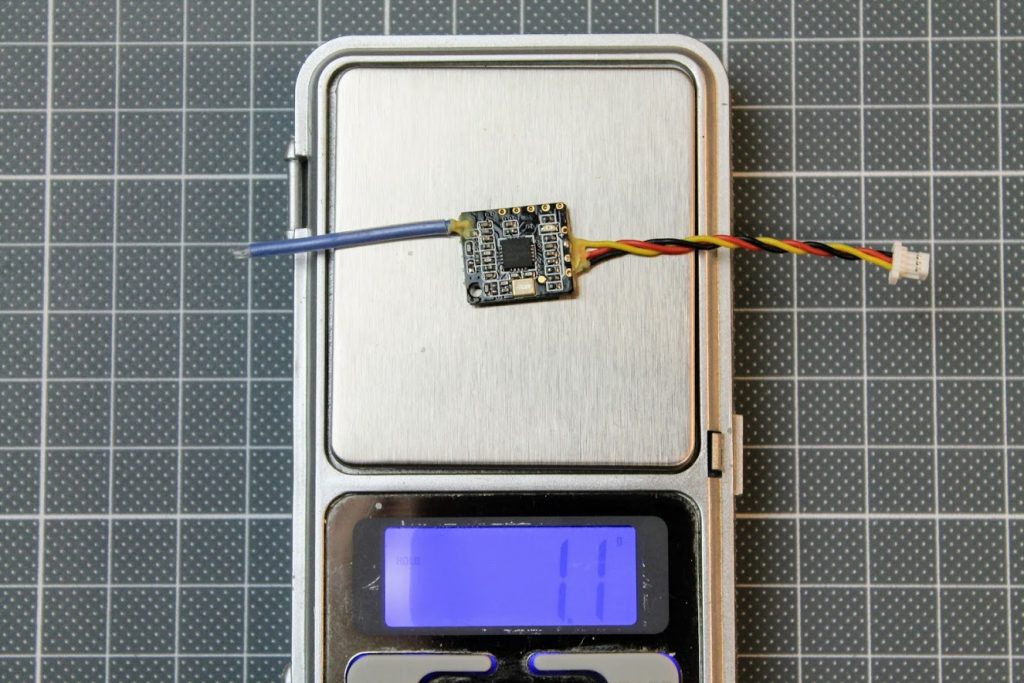 The FS-iA8X receiver is tiny! Its dimensions are only 15 x 13 mm. Here is the size comparison to FS82 and FS-A8S receivers. 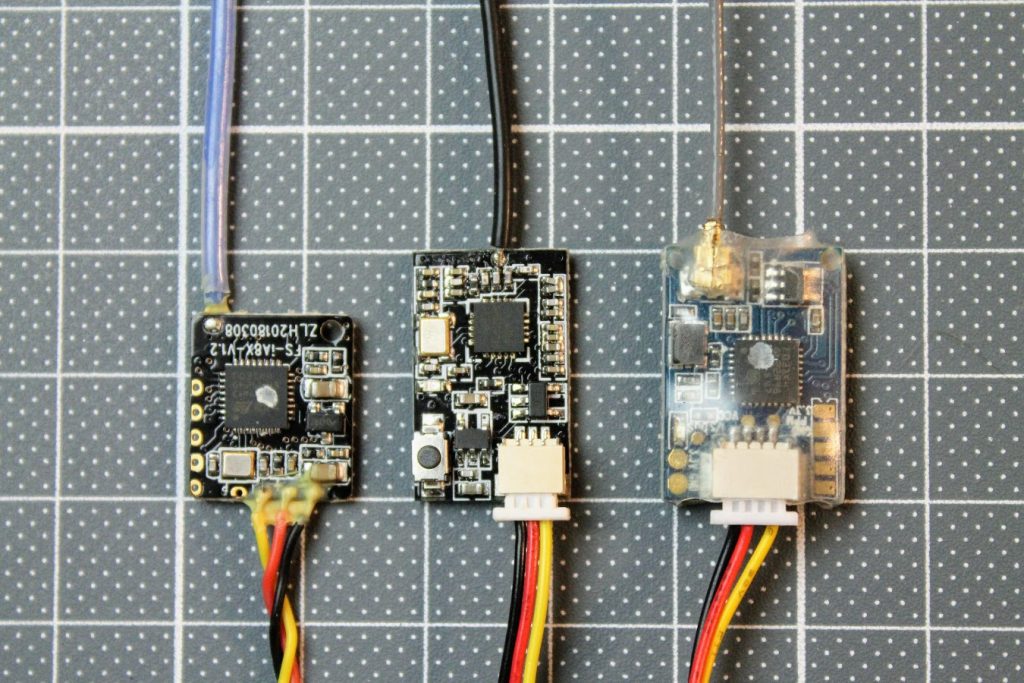 You will notice, that this receiver does not have bind button. Instead it has autobind function. The bind procedure is:

This RX can be connected via serial iBUS or analog PPM signal. Receiver has connection wires presoldered to iBUS serial interface ant this is the recommended way of connection.

Pinout diagram of the FS-iA8X receiver: 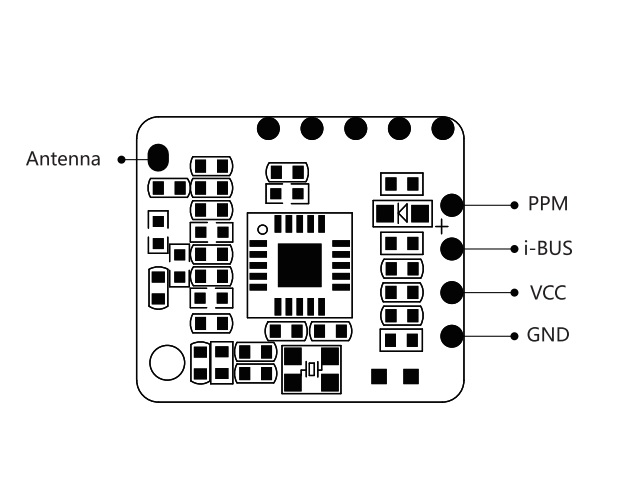 iBUS output should be connected to the RX input on the FC. SBUS or Receiver input may not work as it may be inverted input as SBUS requires. Flight controllers with F3 MCU can invert RX input, but F4 need hardware inversion. Have this in mind.

Here is an example how iA8X receiver iBUS wire is connected to the flight controller RX2 input. 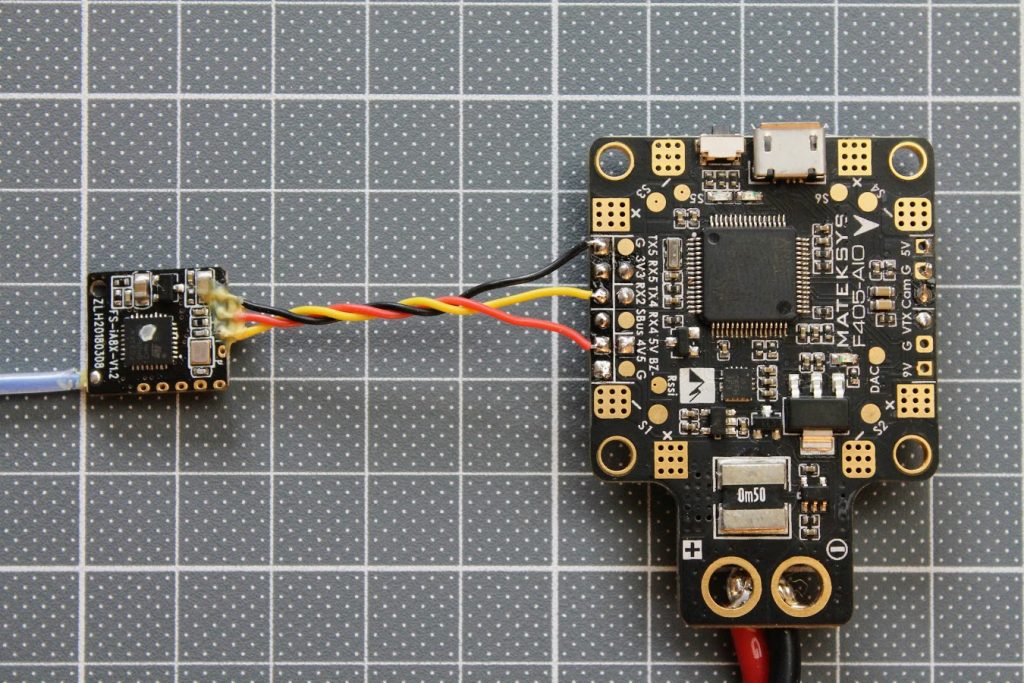 To set the flight controller with IBUS receiver input, you should turn on the “Serial RX” option in the appropriate UART (UART2 in our connection example) 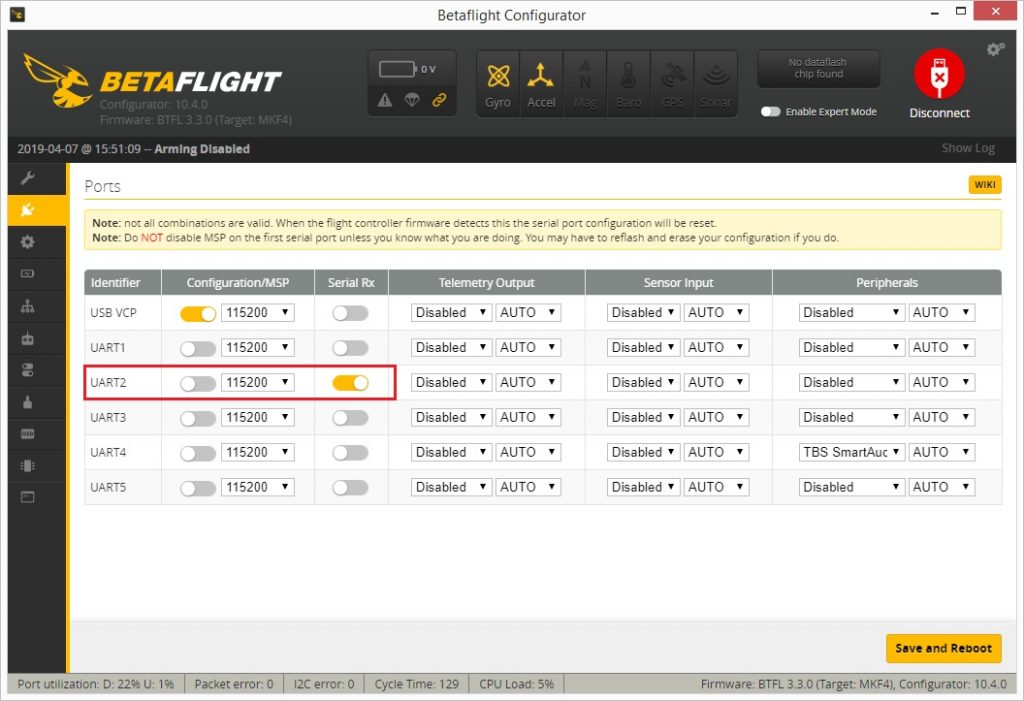 Then select the “Serial-based receiver” in the Receiver Mode drop down and select “IBUS” in the Serial Receiver Provider drop down. 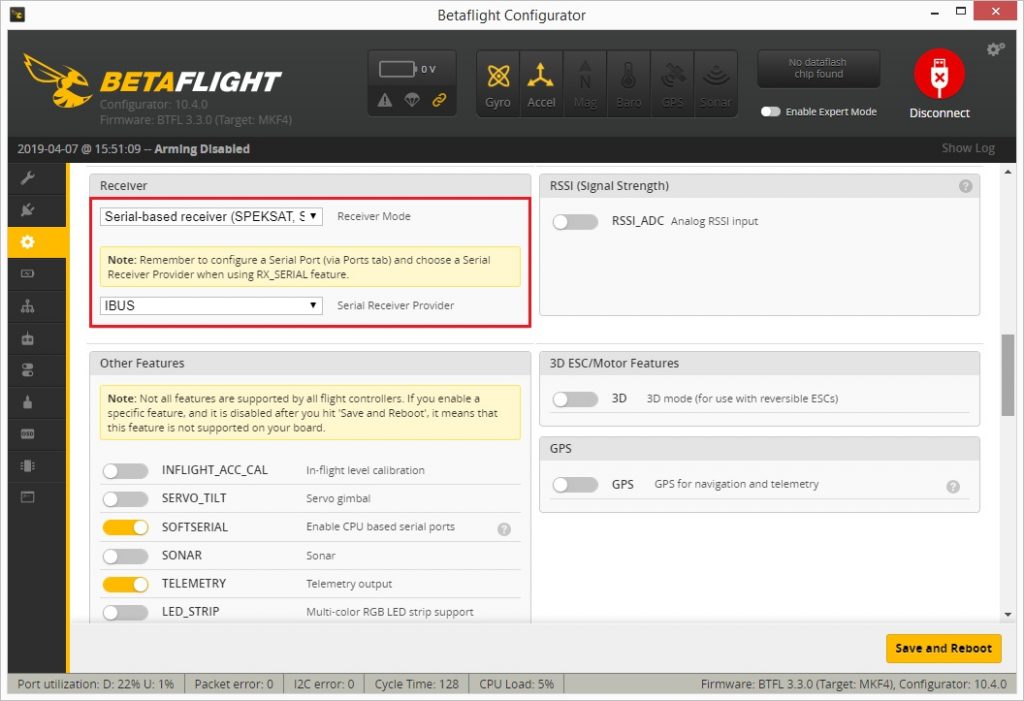 iA8X receiver has also PPM output, but I recommend to connect this receiver to FC via iBUS. It is the faster and more accurate protocol than PPM. Use PPM only if necessary.