I have decided to make my own custom version of the Lantian LT105 micro brushed FPV quadcopter. So I have gathered the required parts and started the build. 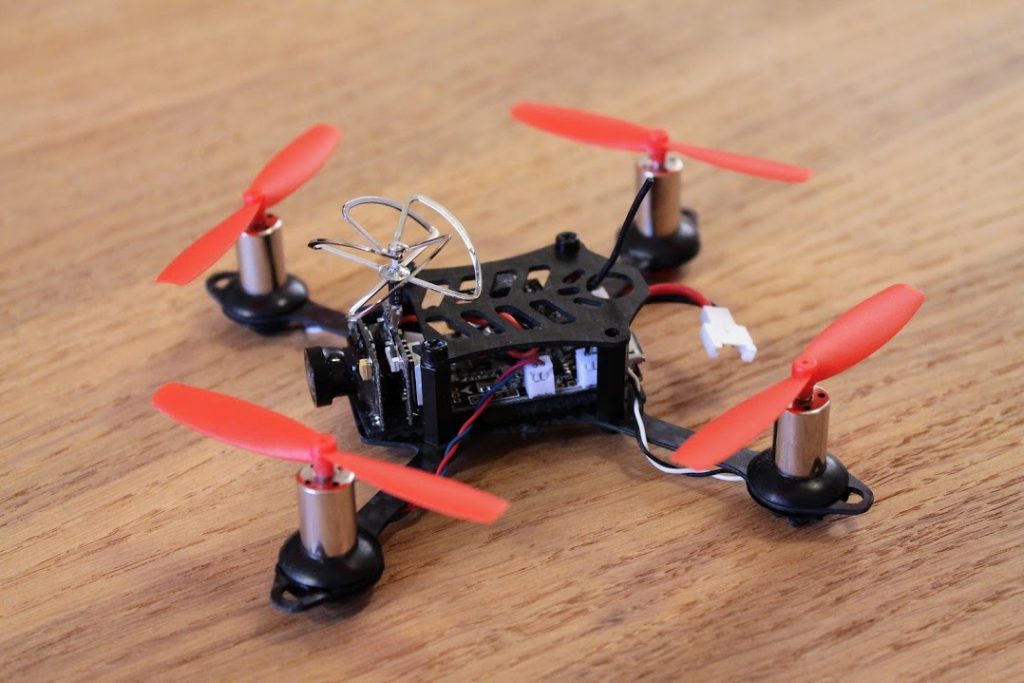 You can get pre-build version of this brushed quadcopter for around $60, but you’ll loose the joy of building and our part list is better – better motors, battery, etc. 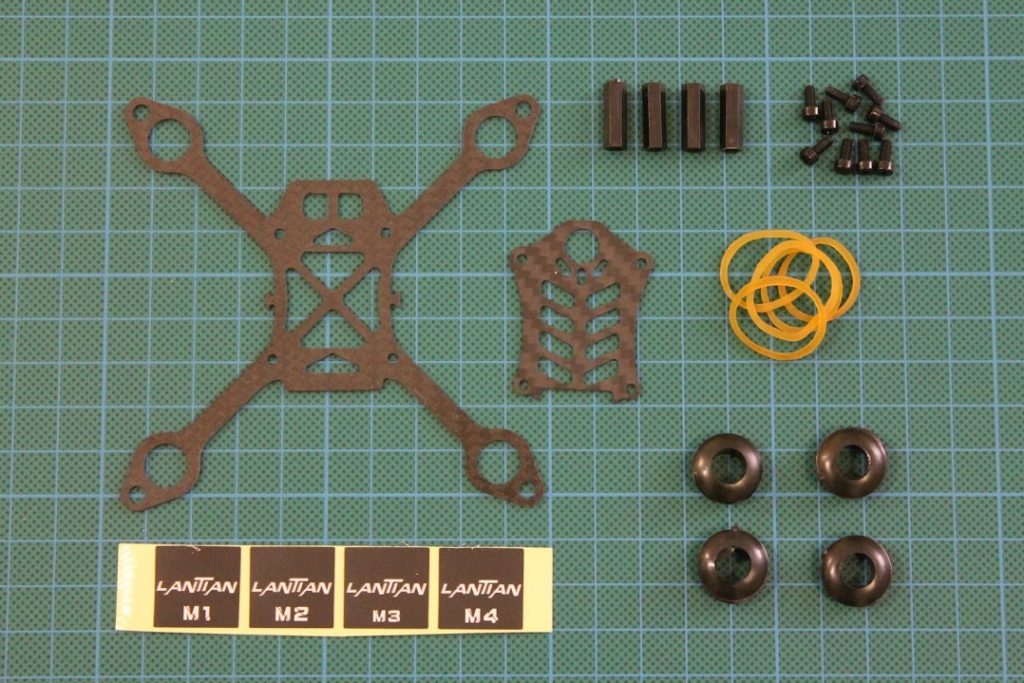 F3 flight Controller is equipped with STM32 F3 microcontroller and has powerful FETS for brushed motors. This board even has 3UART(!) ports 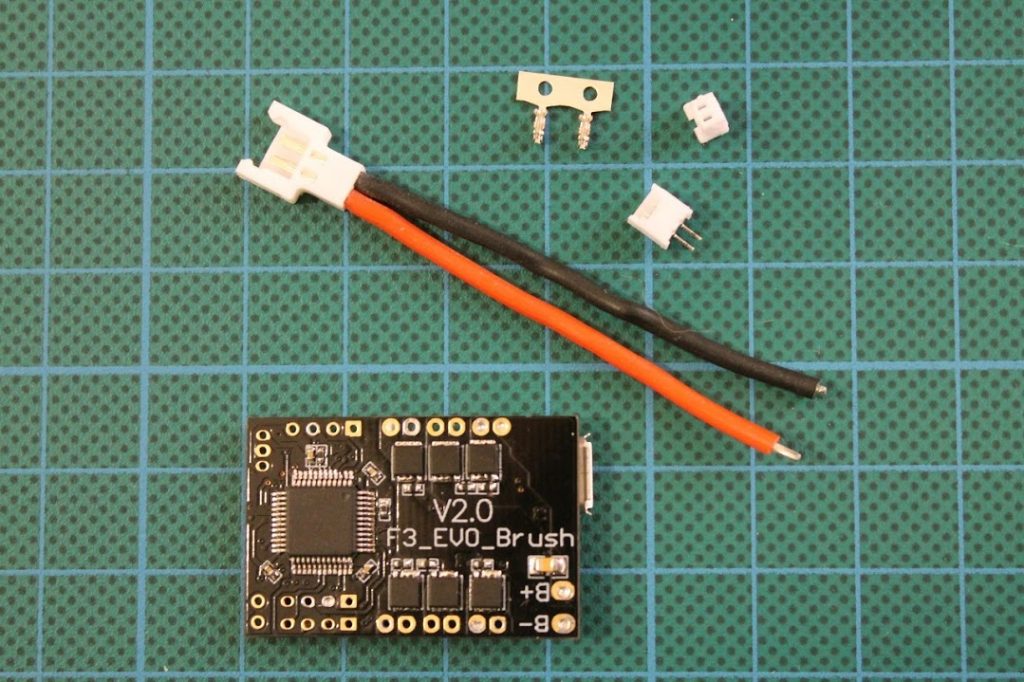 The power cable, included with flight controller is very thick and not flexible and also wights a lot. I suggest to order this 1to5 micro losi parallel charging cable. You will have 5 pigtails with soft silicone cables that are light and flexible.

2 Clockwise and 2 Counter Clockwise rotation 8.5mmx20mm motors. These motors actualy were bought on eBay for $5. 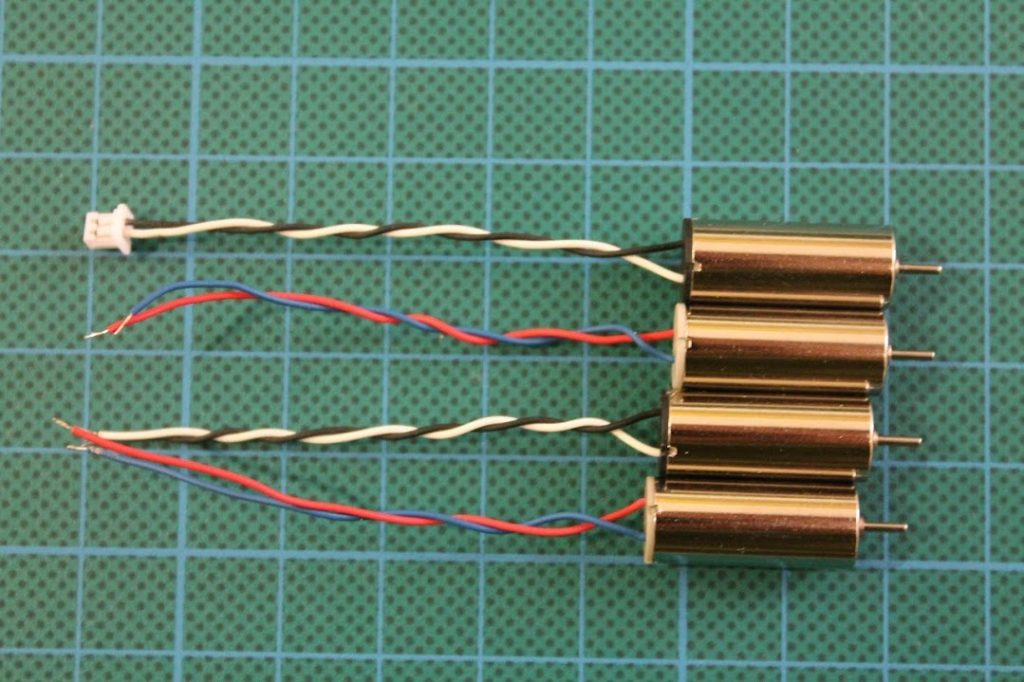 As these motors came with lose wires, I have decided to solder Micro JST 1.25 plugs for easy motor changing on the field. These brushed motors have relatively short lifespan, so you will definitely have one of them broken in the middle of the flight. If your motor is soldered to the FC, then it is really hard to fix it on field, but if it is only a matter of unpluging old one and plugging ne one, then your day will be saved. 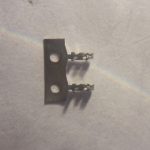 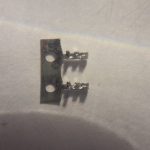 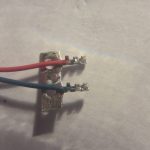 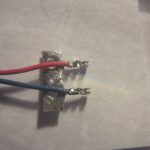 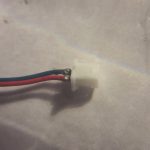 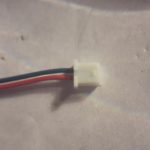 Next part is super small Flysky receiver. This particular receiver is not for sale anymore (for some unknown reasons), but the direct substitute is this iRangeX receiver. 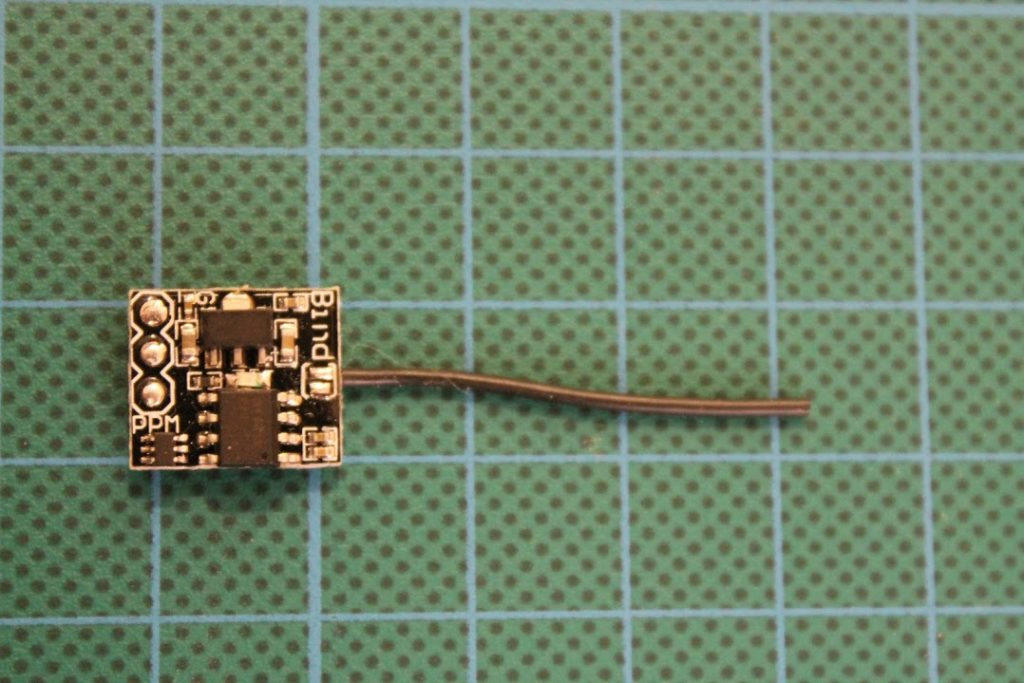 The assembled frame weights only 7.7 grams. 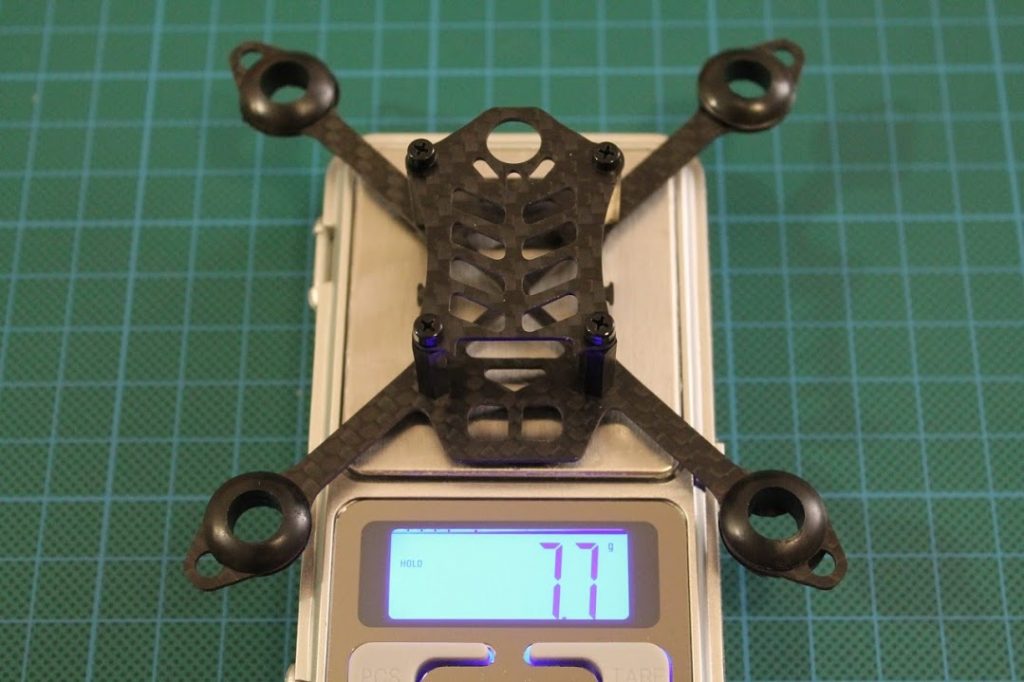 Solder mini-JST sockets to the board, battery cable with micro Losi connector. The right motors configuration shown below. 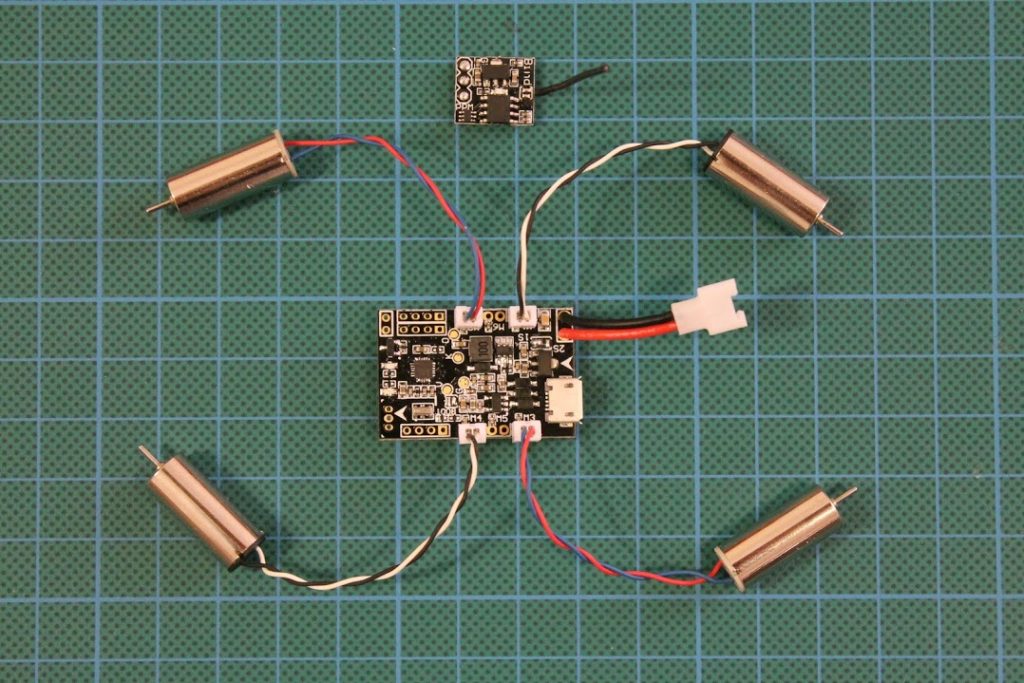 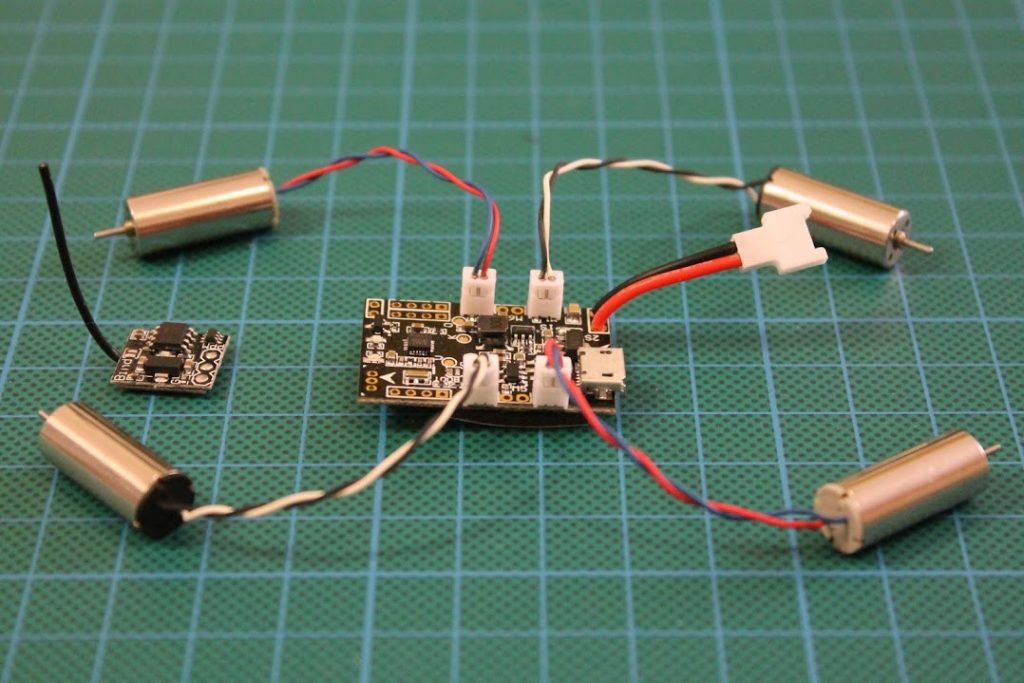 Attach the fight controller with double sidded tape to the frame. 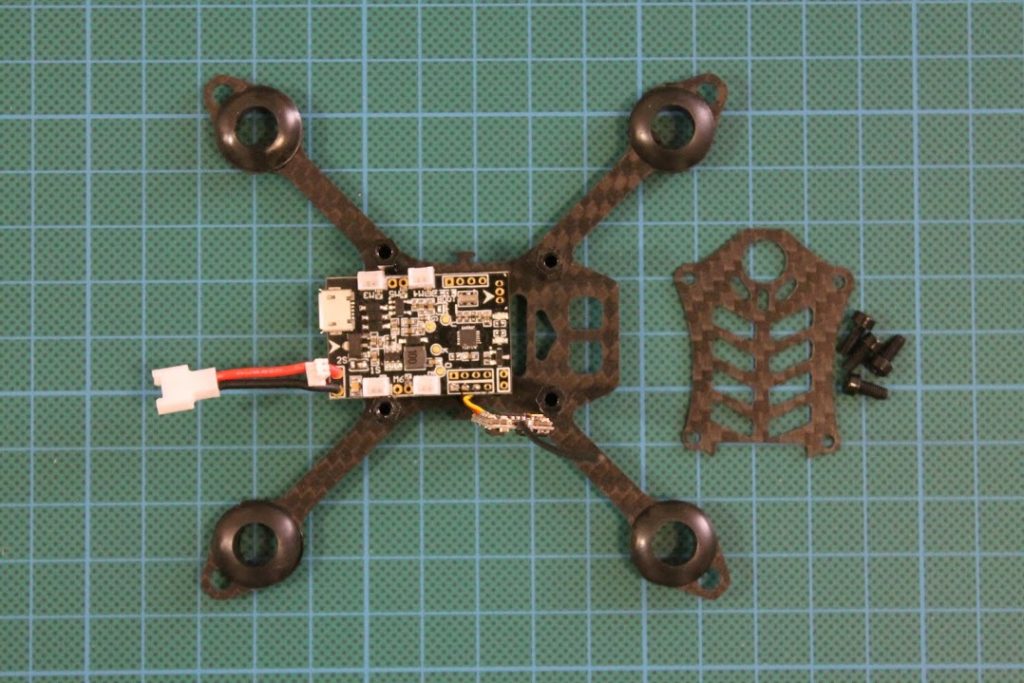 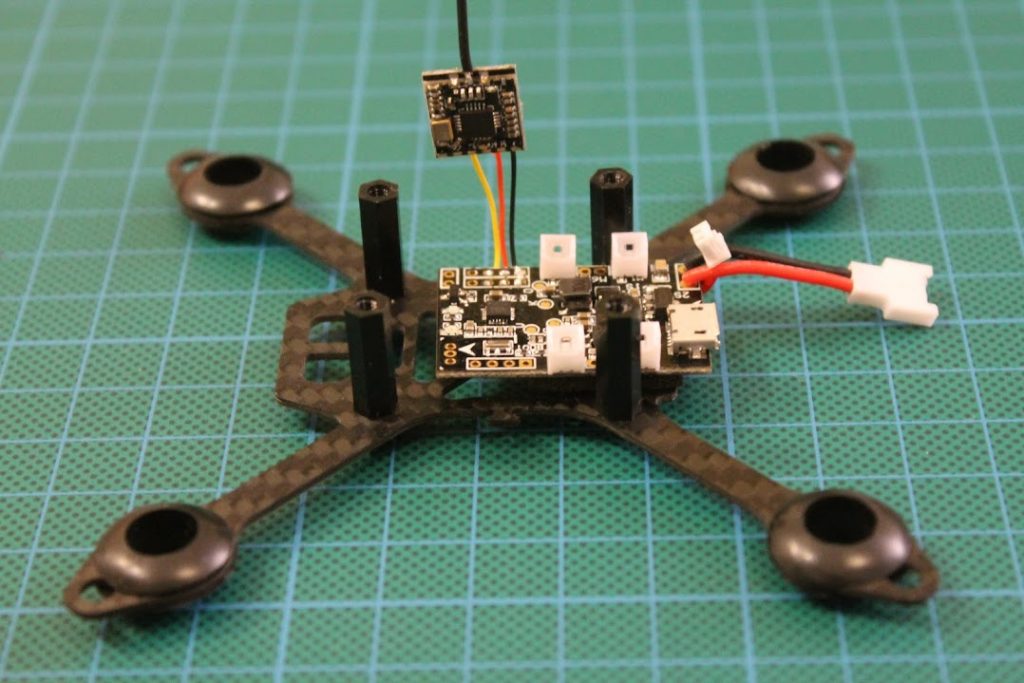 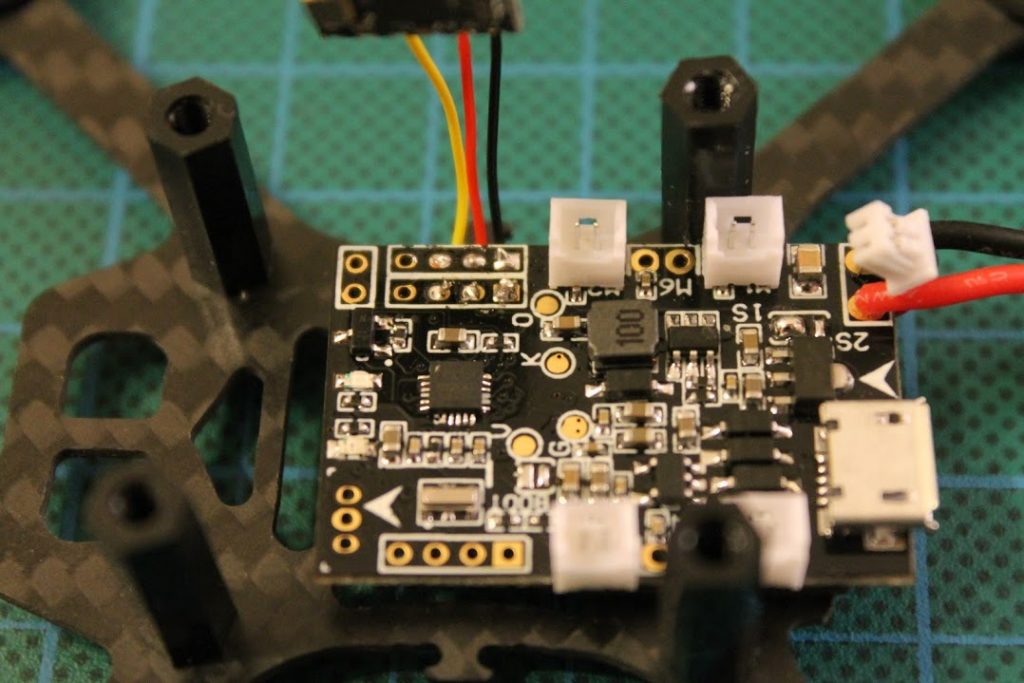 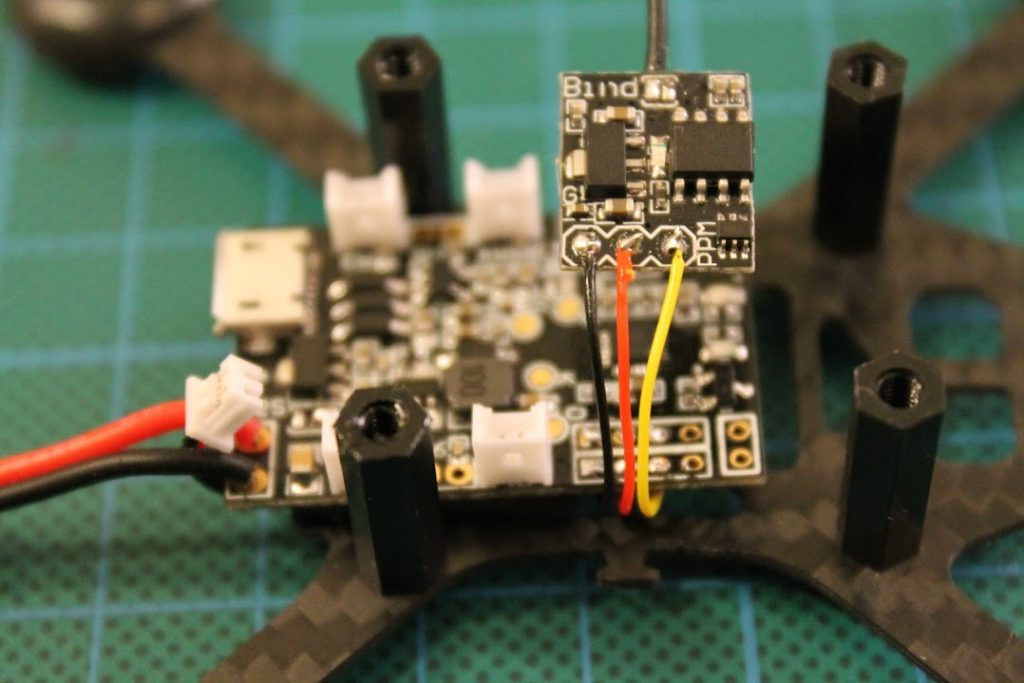 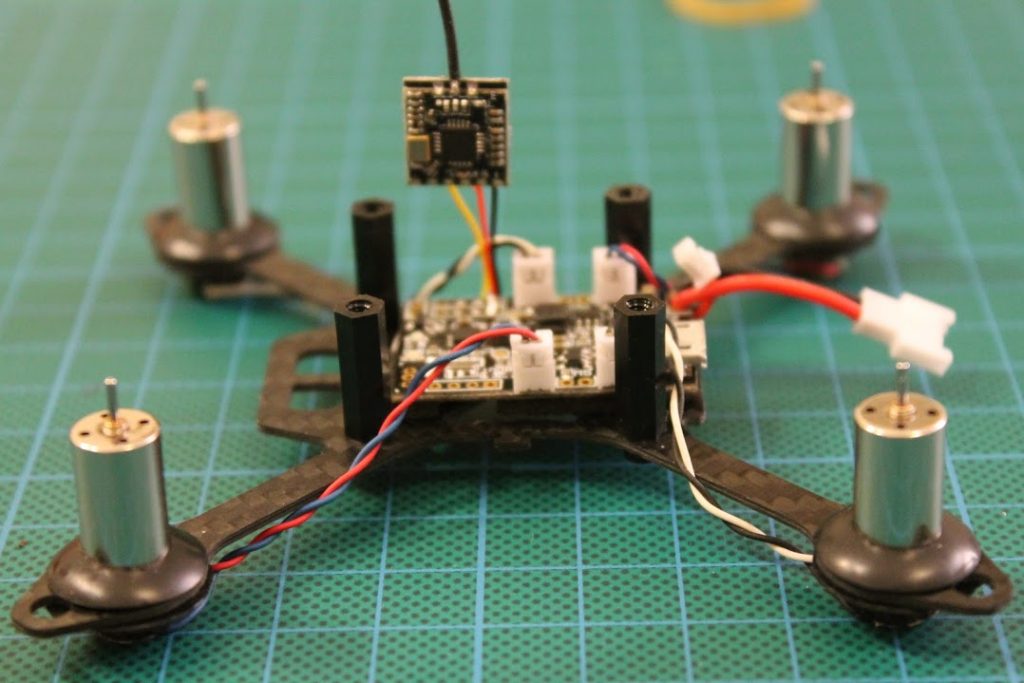 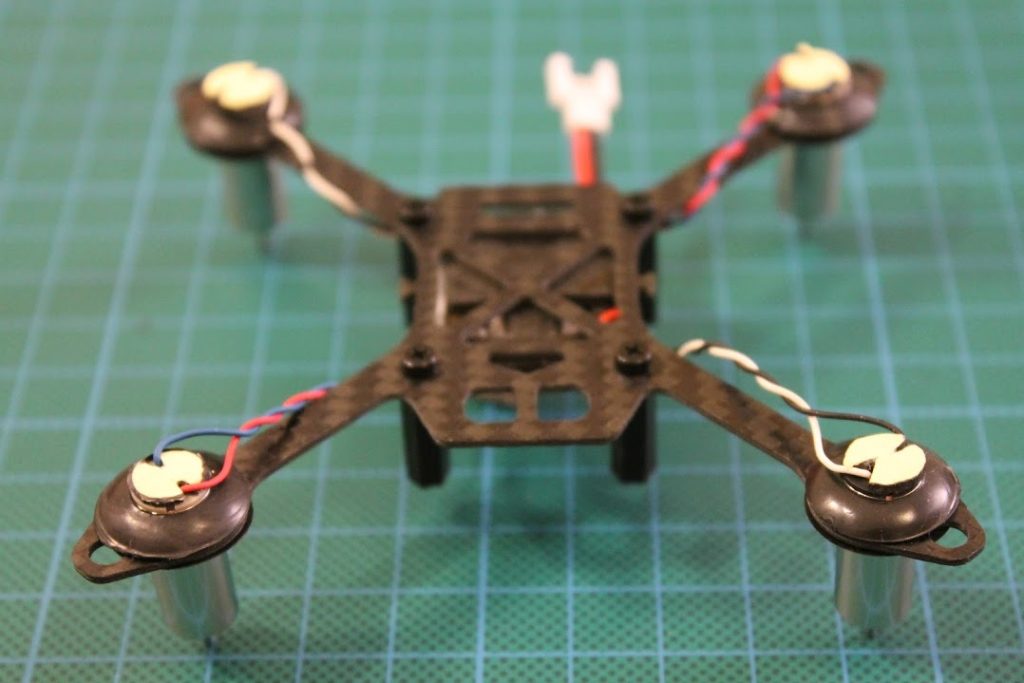 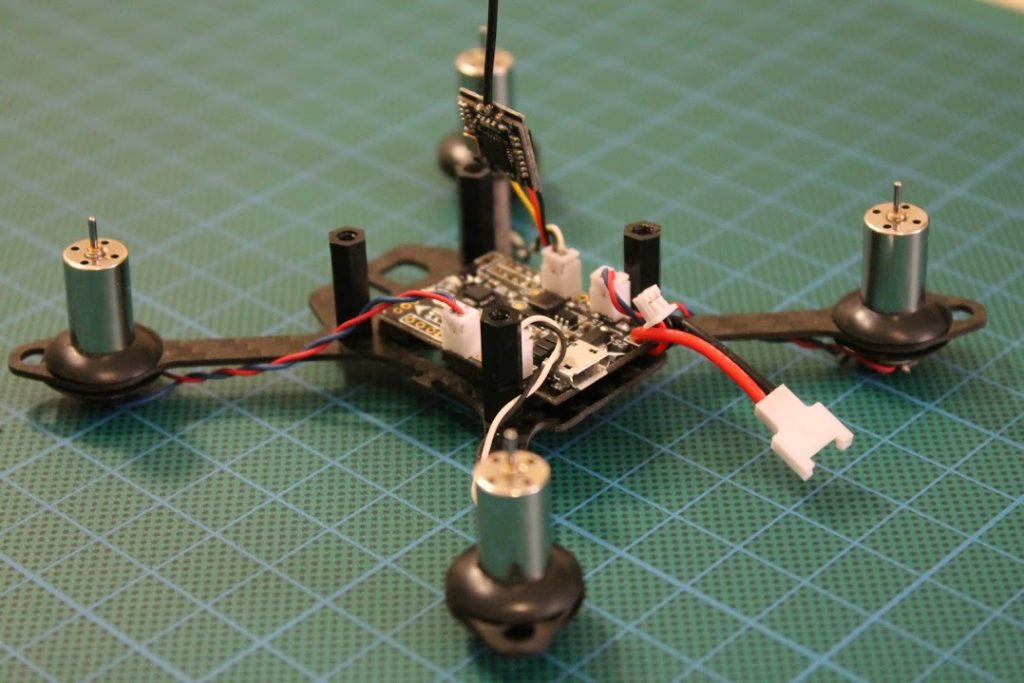 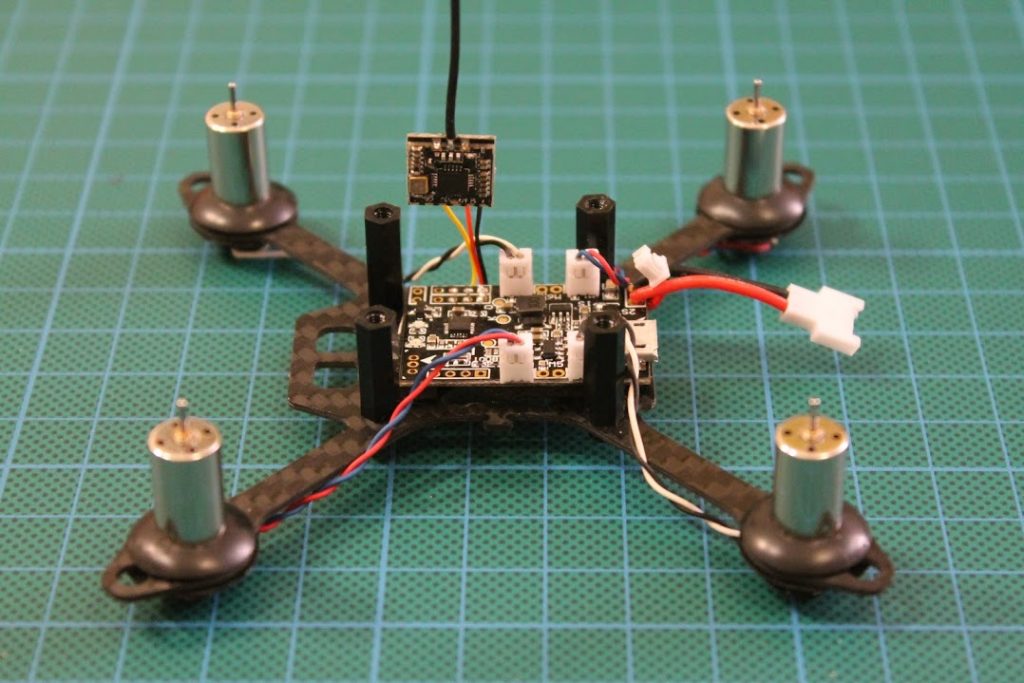 The final result (without FPV equipment): 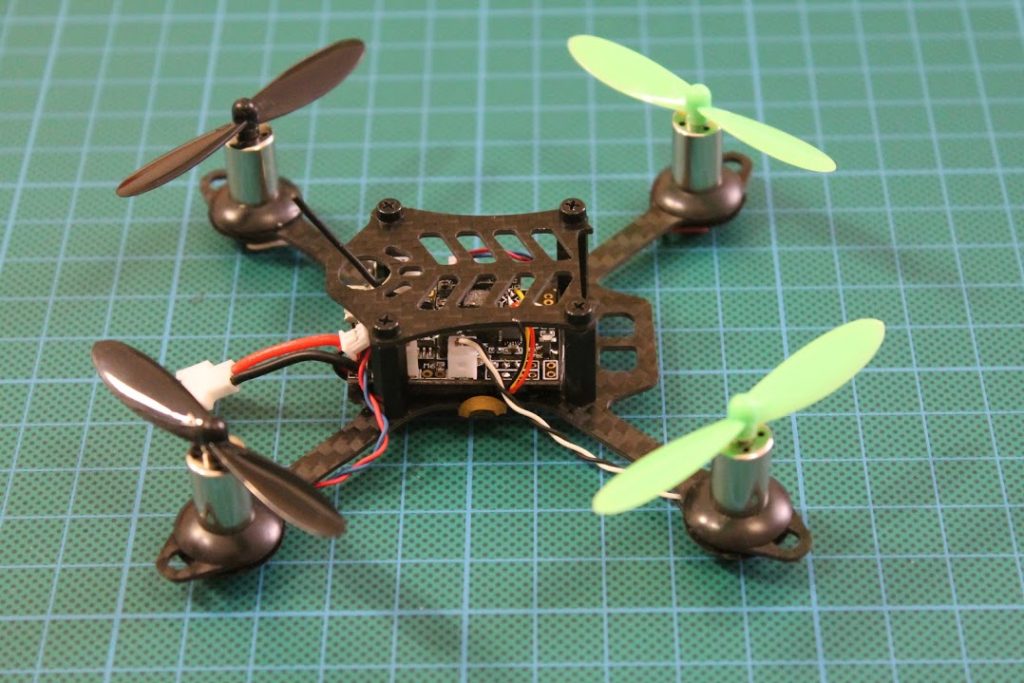 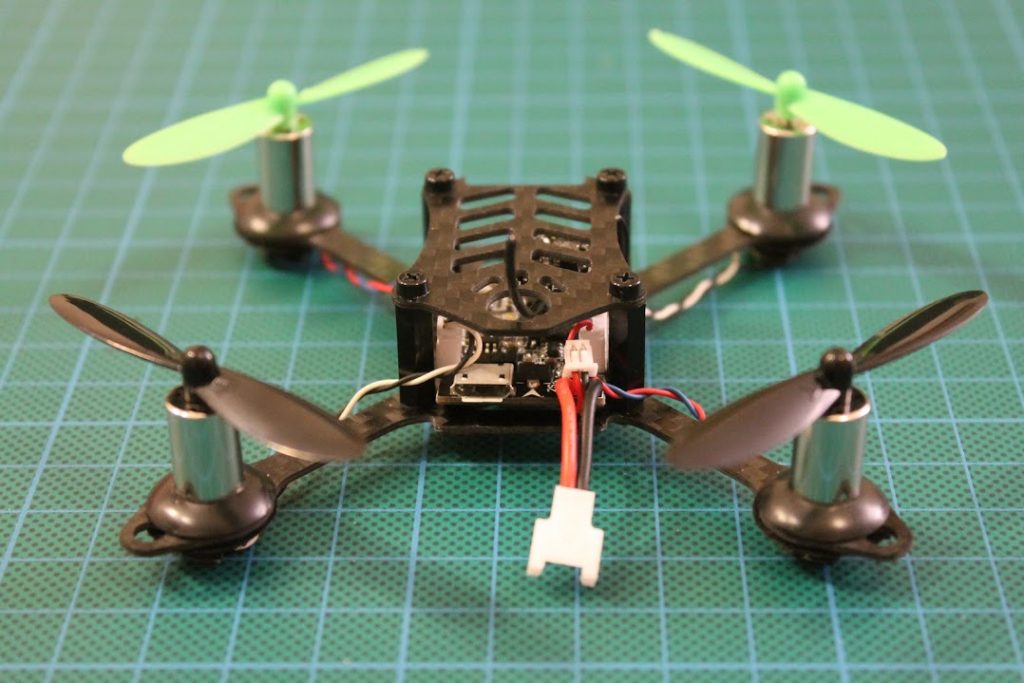 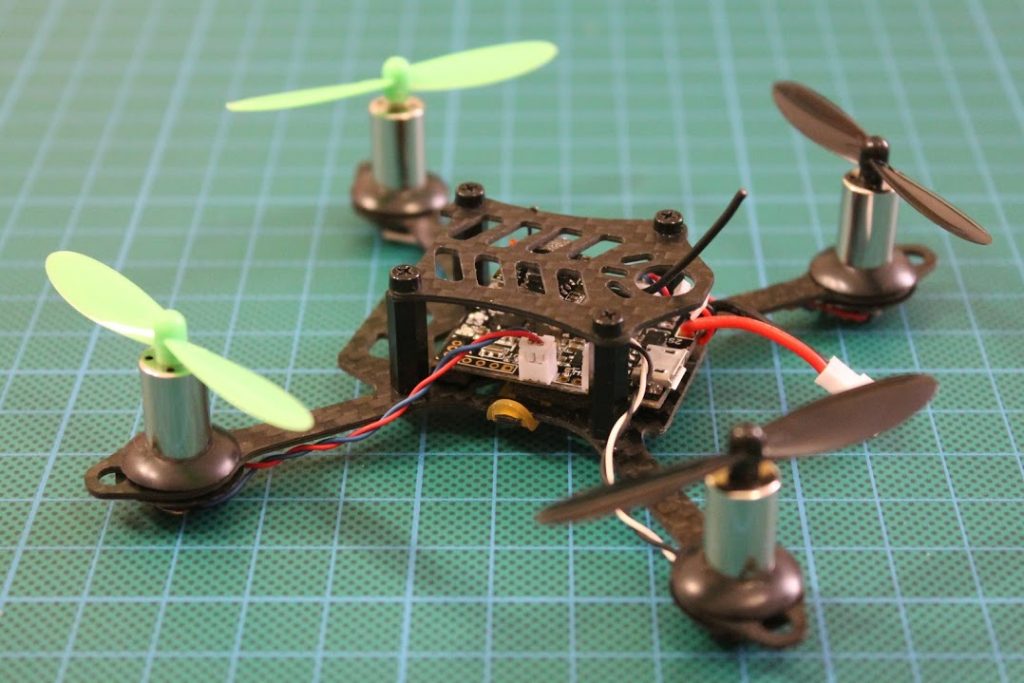